The FV430 is a tracked chassis used to build a family of vehicles on, of which the most famous is the FV432 APC.

Playlist Of TankNutDave Driving FV432 APC & Teaching how to drive one

The FV430 is an all steel welded construction giving protection against artillery shell splinters  and Machine Gun fire. 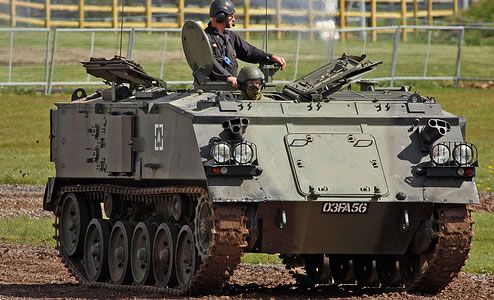 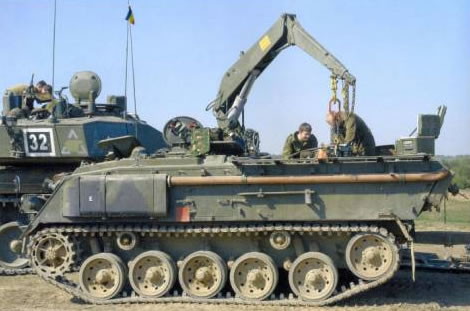 based on FV432 with integral buoyancy and other waterjets – prototyped only. 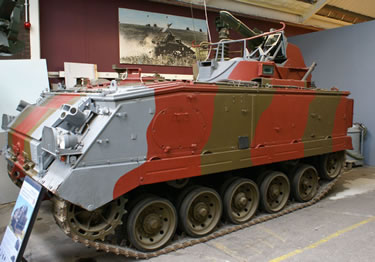 It had two firing bins and could carry fourteen missiles, which could be reloaded from inside the vehicle. Instead of using the mounted guidance system a control unit could be deployed and the missiles aimed and fired from up to 100 metres away, allowing the vehicle to remain completely hidden from the enemy; the Swingfire missile was capable of making a ninety-degree turn immediately after firing. 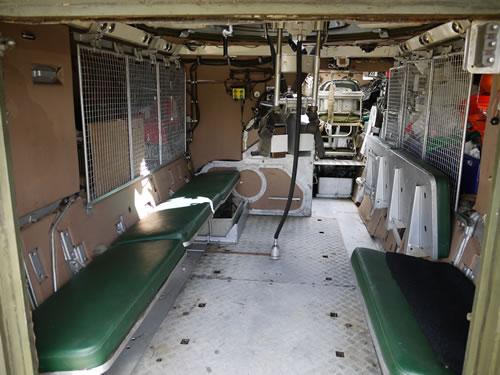 The vehicle entered production with British Firm Sankey in 1962 with production ending in 1972, by which stage 3000 had been built in 3 separate marks (Mk).

APC – Various upgrades have been implemented to the sighting equipment and relocation of the external sections of the NBC system. In the APC role, the vehicle can carry ten troop who sit on benches facing each other.

Command – carries communication equipment and optional tents can be erected round and connecting to the vehicle.

Mortar Carrier – is a 81mm mortar mounted on a turntable for directional firing without moving the vehicle with the roof hatches open for firing.

Minelayer – tows a Bar minelayer in the rear. 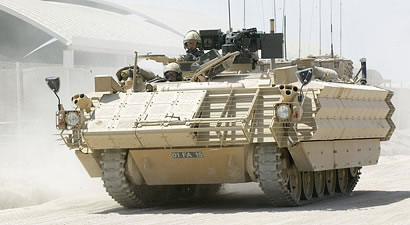 A recent upgrade programme has seen the delivery of over 100 up-armoured and upgraded FV430 troop carriers (Bulldog). Mechanised Infantry use the Bulldog APC as a form of protected mobility to move around the battlefield. Bulldog offers protection against small arms and artillery fire and provides good strategic and cross-country mobility.
For counter-insurgency operations the up-armoured FV430 provides a similar level of protection to Warrior and the vehicle is able to carry out many of the same tasks as Warrior, thereby relieving the pressure on heavily committed Warrior vehicles in armoured infantry battle groups.

FV434 recovery vehicle is still in service with the REME.