This Academy has to be the best kit I’ve built during 2008 and in my top three of all time. The instructions were very clear and Academy had even gone to the trouble of providing black & white photos of the sections of Blazer Armour, with the kit number of each panel written on them, which was extremely helpful. They were also very clear on the different series/combinations and types of MG’s to mount on the cupolas and above the main cannon as well as smoke dischargers.

I took different MG’s and smoke discharges from each combination to make my favourite and most appealing combination, which I thought was a true representation of converted IDF armoured fighting vehicles, as most are personalised by the crews in similar ways.

I only had two problems with the kit. Firstly the rear storage rack I had built the wrong way round. 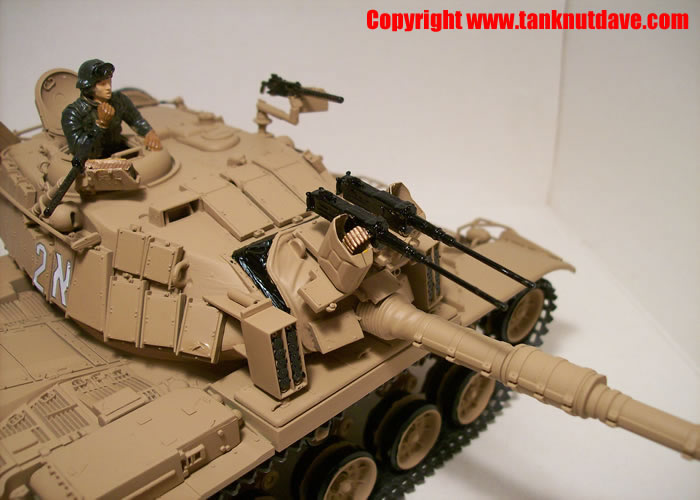 The curved ends were longer on the right and shorter on the left, when they should have been the other way round, as there was a block on the right of the turret that the shorter ends were supposed to be attached too. 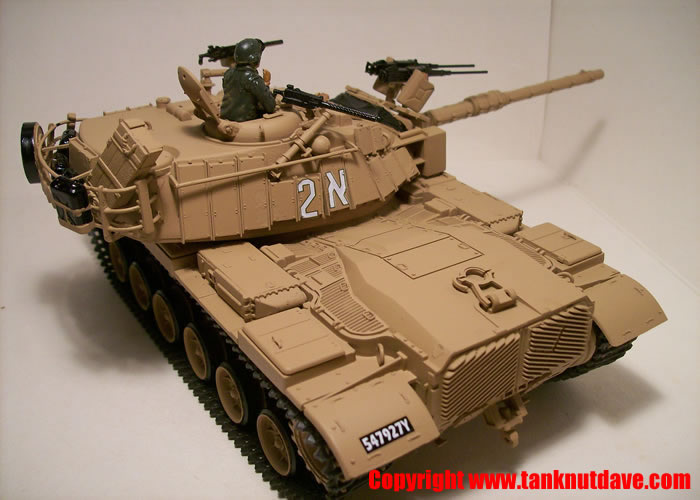 I fixed the problem by trimming the longer ends off, so the cage is a couple of miler meters smaller than it should be, but with the added fuel tanks and boxes inside it, it still looks great. 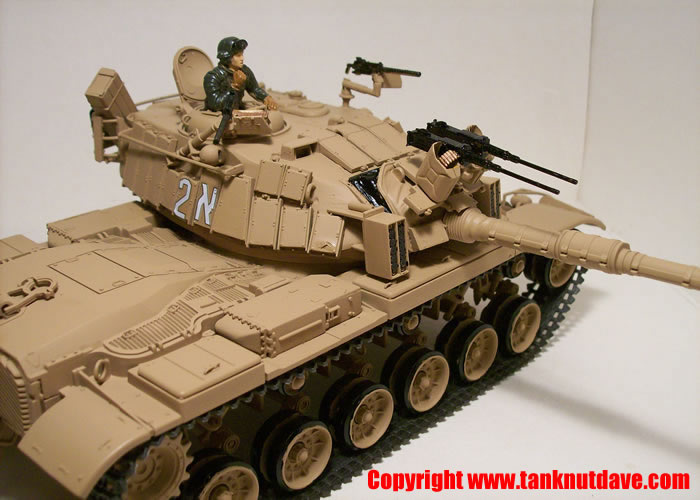 The other problem was with the paint. The Academy instructions simply say – Paint overall: buff 80% dark grey 10% flat green 10% with a even more vague list like, black, green, red etc. 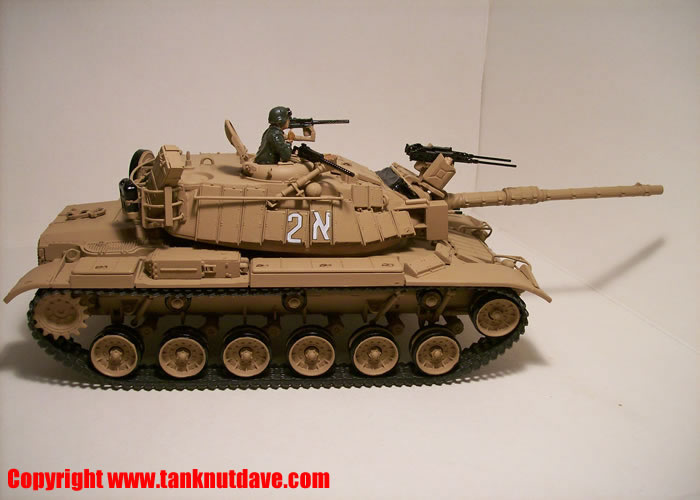 After experimenting with different manufactures of paint, I’ve found that Tamiya acrylics have the nicest finish and do not require watering down. I used 2 jars of desert yellow (XF-59) for the hull and turret and flat black (XF-1) for the MG’s etc. 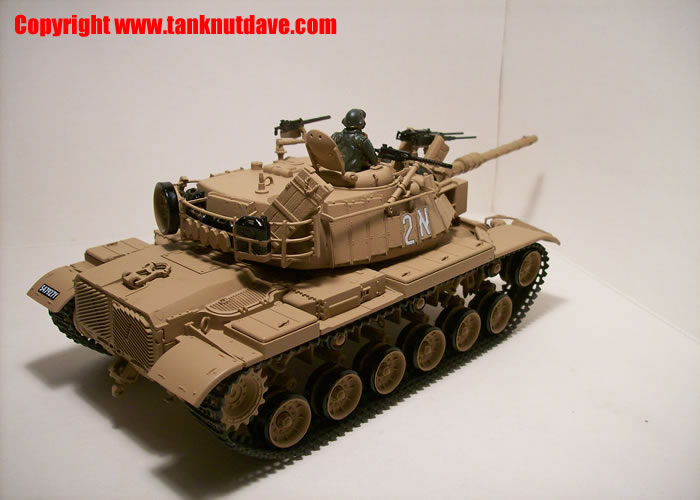 Despite these two problems this was a great model to build. I’ve just bought a new Revell air compressor with a gun and combined with the Tamiya paints, I think it looks great and is a model well worth getting. 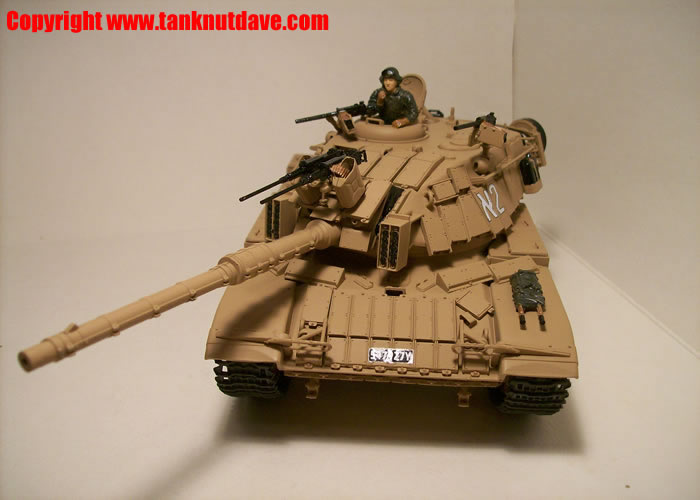