This Tamiya kit set me back £24.99 and as you can tell by the fact I’ve added so many photographs of it, it’s my best model so far.

It was a pretty simple kit to put together and offered no serious construction challenges.

I think its strongest feature was the added box’s I had to assemble and crew kit on the top, back and sides of the turret, which offered the option for more colour to be added and makes it more realistic. 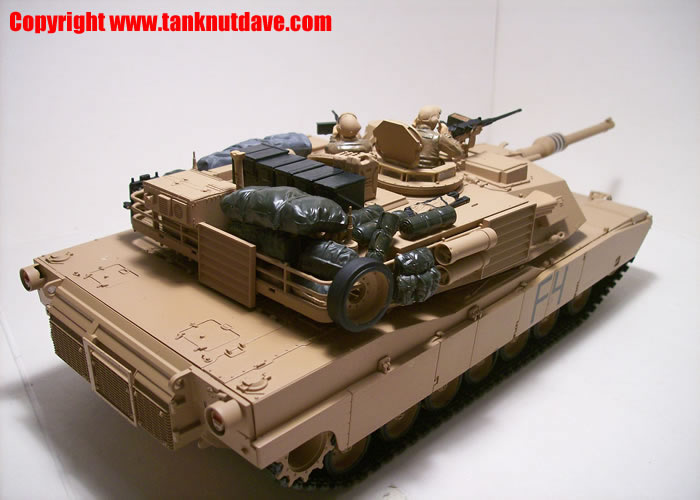 The instructions were well laid out with this model as to the different variants that the turret could be built in apart from the M1-A2. 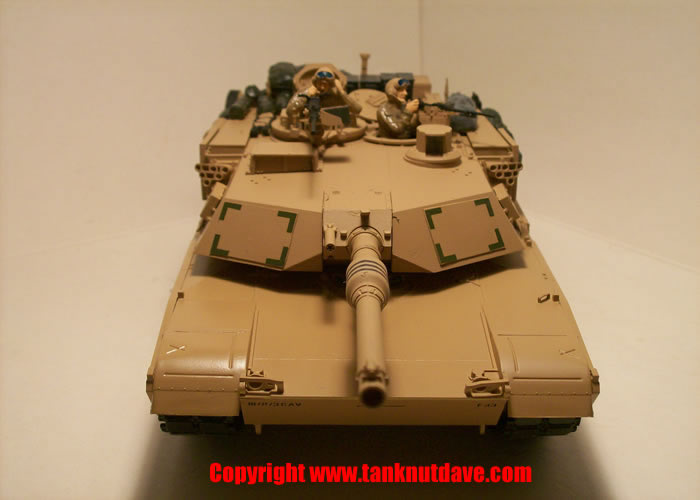 It could be built in either three different variants of the USMC’s or US Army’s M1-A1HA. 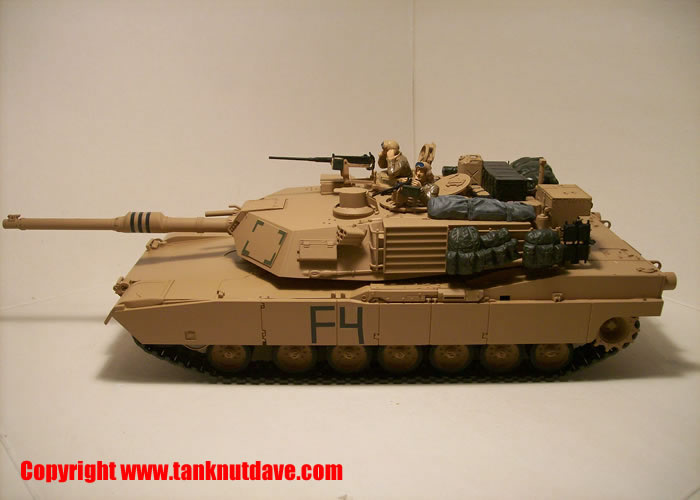 The instructions concentrated on a number of desert paint schemes, except for the Kosovo 1999, which I used on my M1-A1. 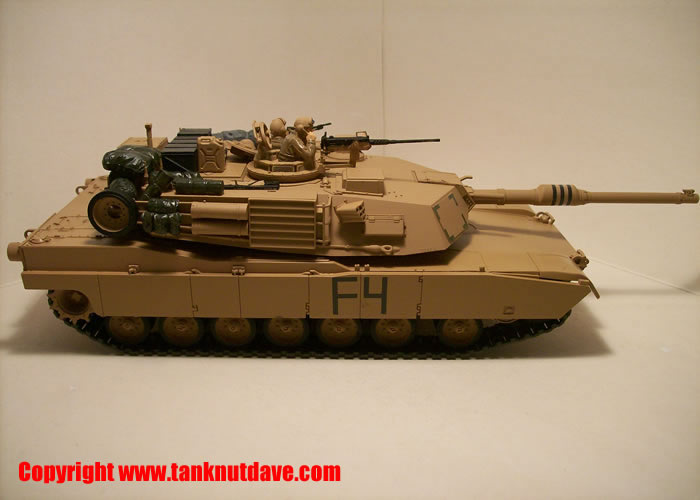 The only real irritation with this is that Tamiya only displayed the spray can colour code, but they have now recalled all their air-spray cans and it didn’t offer the code for the Acrylic air-brush pots, so I ended up using XF-59 desert yellow. 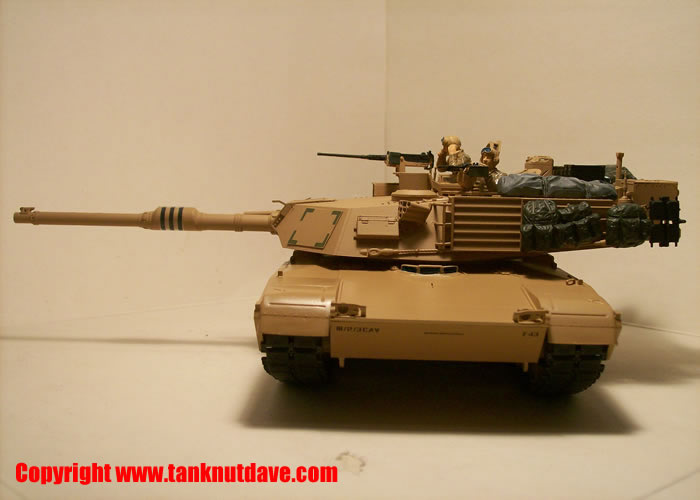 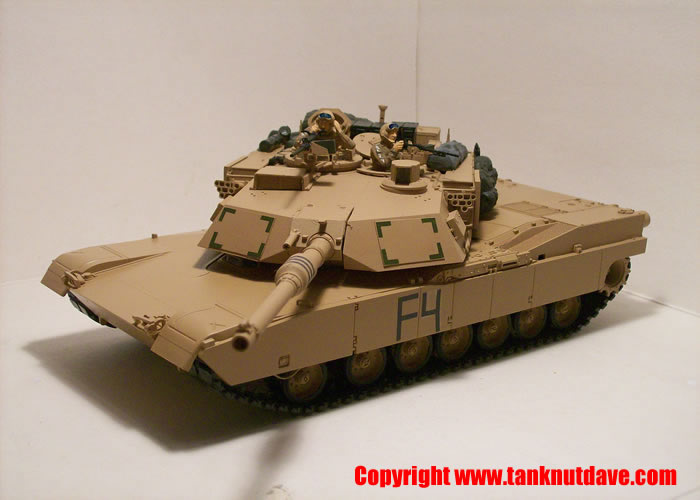