The Israeli Merkava Mk4 1:35 scale tank by Academy was great to find as its one of the newer MBT’s currently in the world, especially a Merkava Mk4, as the only other mark I have found was the Mk1 by Tamiya, which I already have.

The construct was of good quality thou I did make a couple of mistakes. The only disappointment was it lacked a crewman.

The side metal ropes were string that required cutting to length. I painted the model by hand rather than airbrushing. I did this as Tamiya don’t do a proper IDF tank colour, and the Humbrol Enamel 155 matt I used would require thinning for airbrushing. 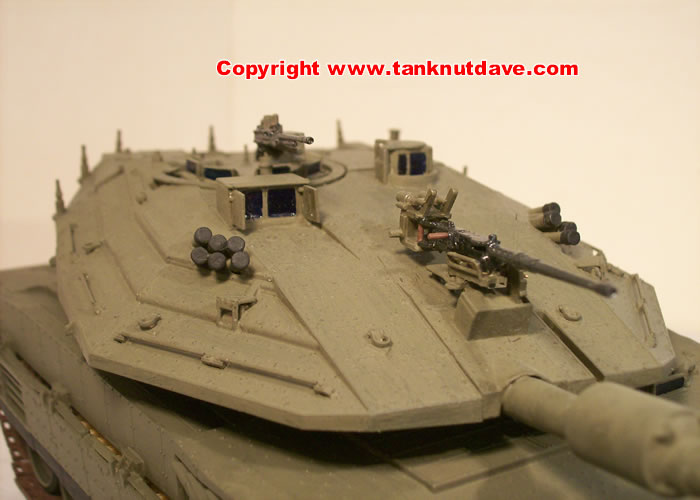 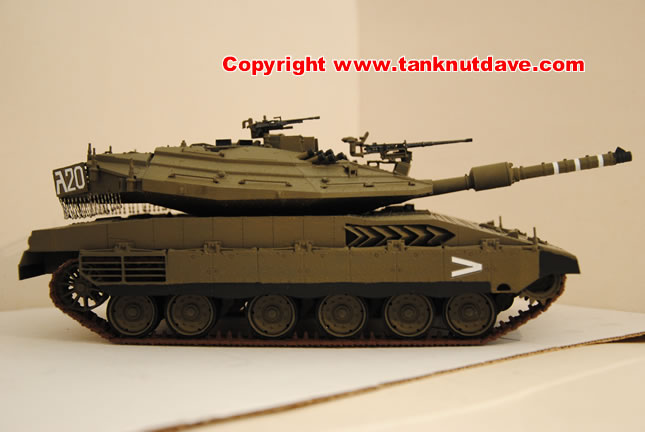 The only real cock up was mounting the main gun, I set it wrong and is at the wrong angle. 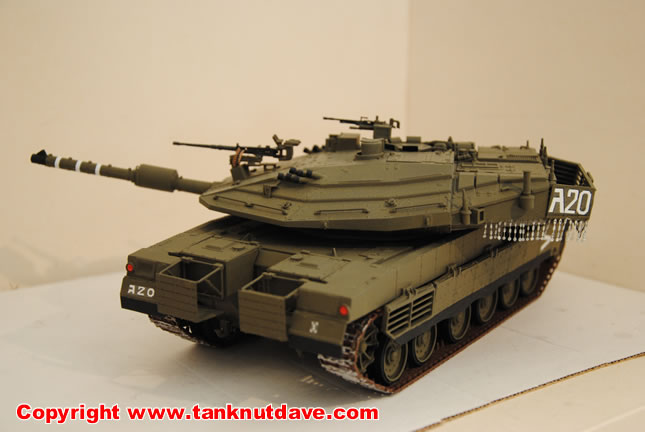 I used Revell red for the rear brake lights / For the Machine Gun I used Humbrol enamel 33 matt black as the 1st coat & then Humbrol enamel 201 met black as 2nd coat with Tamiya XF-28 dark copper for the ammo belt / sights are Revell 752 blue. 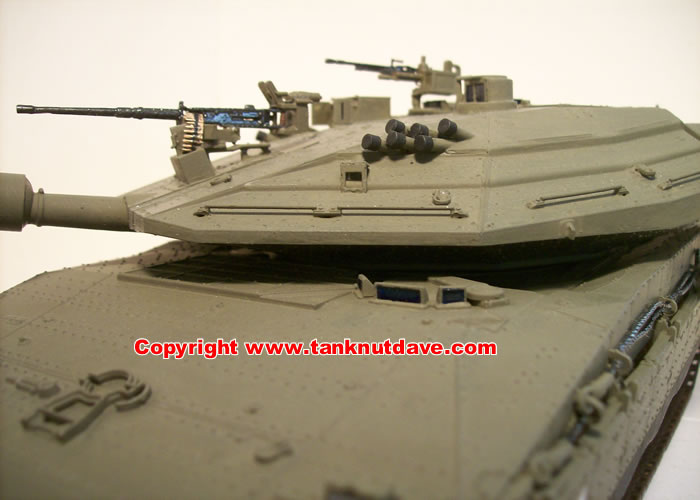 The tracks were not a single rubber piece, but rather plastic sections, which required construction. Sadly one link pulled it self apart whilst drying over night. 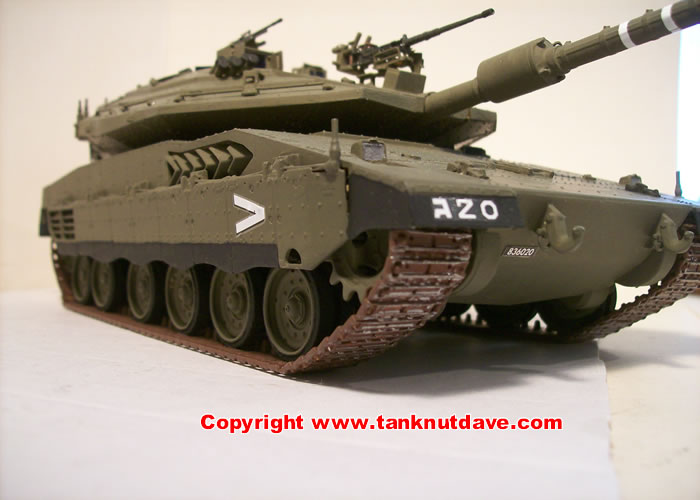 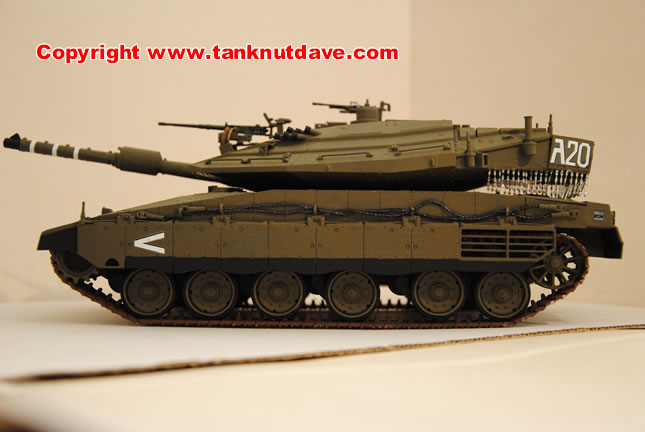 The decals were great, however I decided to uses plastic panels left over from another kit to stick them on round the turret basket rather than the panels in the kit. I also love the decal white stripes around the main gun. 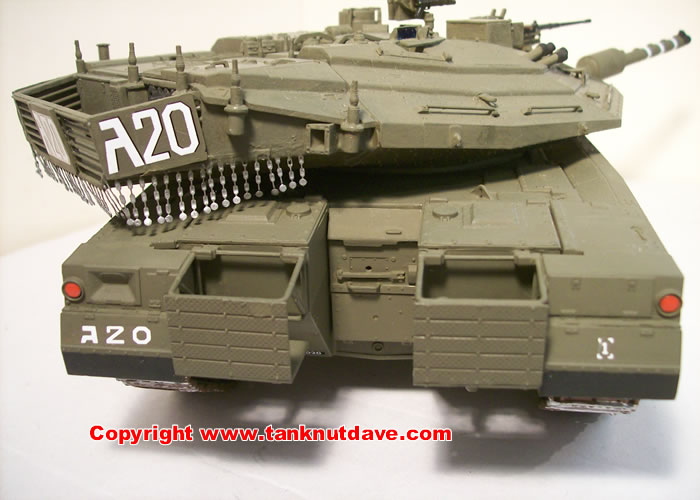 The metal chains running along the rear of the turrets basked were metal photo etchings which came in sections. The balls on the chains could have further etchings added to them to give a spherical shape, which I left off. I painted these Humbrol Enamel metal 11, thou it has pointed out by an IDF Merkava crewman who follows the site, that these should be black. However I couldn’t get the black to stay on whilst painting. 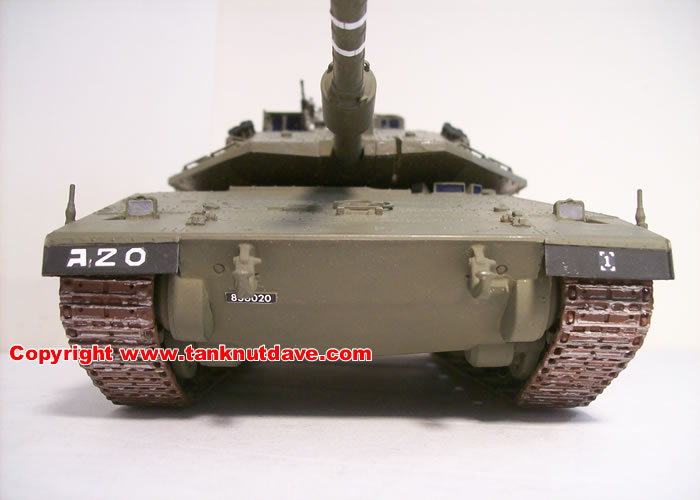