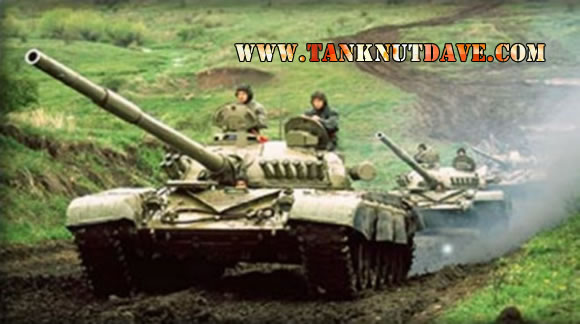 Yugoslavia was another country to licence build the Russian T-72. After the Yugoslavian Government secured the license the first prototypes were developed in 1982 for field testing and production began sometime in 1983. The first production vehicles were completed in 1984, hence the 84 in it‘s designation. The principle improvements over the T-72 was an improved composite armour, a locally manufactured fire control system and a 12-cylinder water-cooled V46-6 diesel engine generating 780hp. 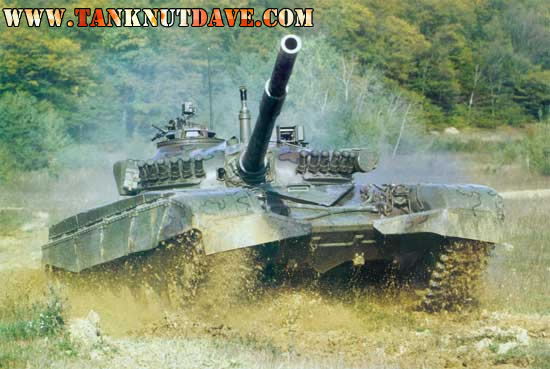 By 1988 an improved M-84, designated the M-84A entered production with improved armour and an up-graded V46-TK 735 kW 1000hp engine (reinforcement of the existing transmission and a new cooling and air cleaning system and a new supercharger as well as a new fuel injection system). It had a new computerised fire-control system – ballistic data sensors, day/night sighting, laser range-finder and second-generation image intensifier. 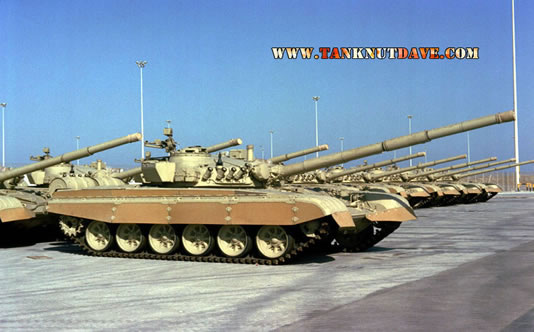 Whilst the vehicle was deployed through out member states of Yugoslavia, the only exported vehicles outside of Yugoslavia were to Kuwait. There vehicle was designated the M-84AB. The vehicle used the SUV-M-84 computerized fire control system – DNNS-2 gunner’s stabilised day/night sight, commanders DNKS-2 day/night periscope and laser range finder. Roughly 150 M-84AB’s of an original 215 ordered (170 M-84ABs, 15 M-84ABI ARVs and 15 command M-84ABK), were sold to Kuwait by the end of 1991 at a cost of $500 million.

When land navigation equipment was added to M-84AB’s they were re-designated the M-84ABN. The same equipment was also used with the standard additional communications equipment and back up generator for the command version, the M-84ABK. 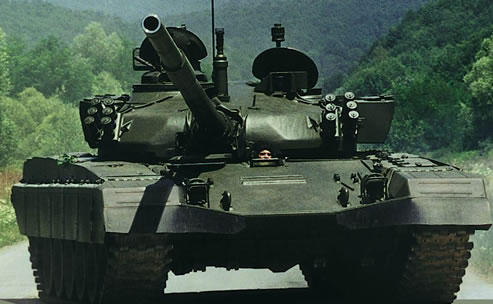 The M-91 was a newly developed Yugoslavian tank, rather than an up-grade, but based on the M-84. It never made it past the prototype stage due to the break up of Yugoslavia, but would contribute to further developments in Croatia and Serbia.

Standard equipment on the M-84 is a 2A46 125 mm smoothbore cannon which is connected to an autoloader (reducing the crew to three, The commander sits on the right side of the turret, the gunner on the left, and the driver centrally at the front of the vehicle) centrally located in the turret. It can reload at a rate of 8 rounds per minute. The vehicle stores 40 rounds in the hull (this has changed with some future up-grades) and has a 7.62 mm M86 coaxial MG, and one 12.7 mm M87 anti-aircraft MG mounted on the commander’s cupola. Twelve smoke grenade launchers are positioned in front of the turret in banks of five and seven grenades.

When the former Yugoslavia, (AKA Socialist Federal Republic of Yugoslavia) broke up in 1992 in to the independent states of Bosnia and Herzegovina, Croatia, Kosovo, Republic of Macedonia, Montenegro, Serbia, and Slovenia, the M-84 could be found through out these states in varying numbers. Some of these states have gone on to develop up-grade packages for their respective M-84’s. 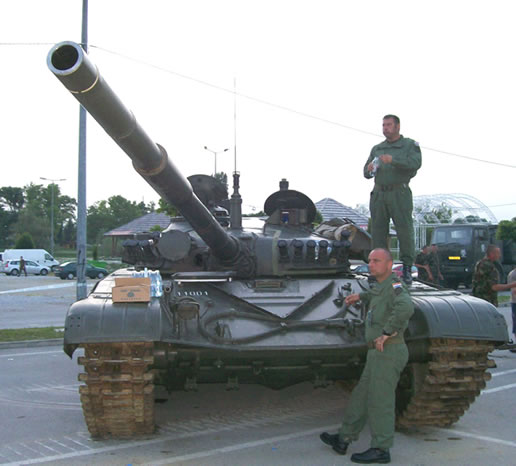 The first was the M-84A4 Sniper developed by Croatia for the Croatian Army. The up-grades focused on the engine, fire control systems and communications. The fire control system has a new DBR-84 ballistic computer and new SCS-84 day/night sights. It has a new German engine which generates 1100hp. It also is fitted with a new communications system provided by the leading British firm Racal. By 2008, the Croatian Army had had all its M-84 fleet up-graded to the A4 as well as purchasing an additional 20 A4’s, built from scratch in the same manufacturing facilities that originally built the M-84. 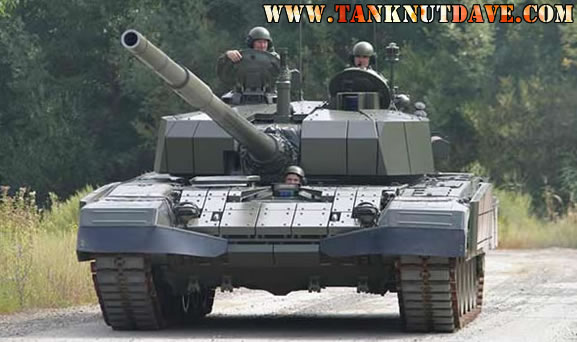 This vehicle is a further development of the M-84 and M-91 Vihor AKA Whirlwind tank (a prototype built in Yugoslavia in 1991) and has been an on-going development. The first noticeable change is the new ERA armour deployed across the front of the turret, hull front & side skirts. It is supplied by the Israeli firm Elbit Systems Ltd and will complement the vehicles laminate armour, believed to contain tungsten and or Titanium. Storage racks are also used at the rear of the turret to act as a crude form of bar armour to protect against HEAT rounds as the vehicles ammo is stored at the rear of the turret.

The vehicle uses a new laser range finder, It has a Racal communications suite which can be connected to a digital battlefield system, and finally a digital battlefield computer developed by Fotona/Končar/Đuro Đaković. Other technical introductions include the LIRD-4B – laser warning system, which is believed to be tied in with the smoke grenade dischargers. It has a new highly improved SZ-2000 NBC system.

It has a new 1200 hp engine which provides a higher power to weight ratio and new tracks from German firm Diehl BGT Defence. The vehicle has a range of 700 km.

It retains the standard 125mm smoothbore cannon, however a new 120mm compact gun developed by RUAG Defence of Switzerland is being considered, which would enable the tank to fire NATO stand rounds. The vehicle is equipped with a Samson Remote Controlled Weapon Station which can mount either a 12.7mm calibre heavy machine gun or 40mm grenade launcher, supplied by the Israeli firm Rafael Advanced Defense Systems. 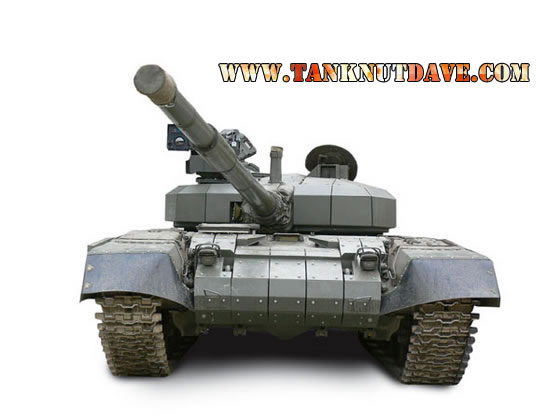 This is an up-graded of the M-84A4 and is less advanced than the new build Degman. There is a lot of speculation from a number of sources as to weather or not the M-95 Degman or the M-84D will be purchased by the Kuwaiti Army and if additional units will be manufactured from scratch for them. This speculation goes hand in hand with what appears to be an endless introduction or proposal of other up-grades such as the RUAG compact smoothbore, rather than a clear line drawn in the sand as to what the Degman/M-84D variant will have and move forward with its production.

The vehicle is equipped with a new 1200 hp engine providing for an operational range of 700 km and a maximum road speed of 70 km/h. It has new RRAK ERA armour and a Samson Remote Controlled Weapon Station. New electronic systems include the Omega ballistic computer, thermal imaging sights and Racal Electronics communication system. The M-84D auto-loader is 15% faster, meaning 9 shells per minute instead of 8 shells. 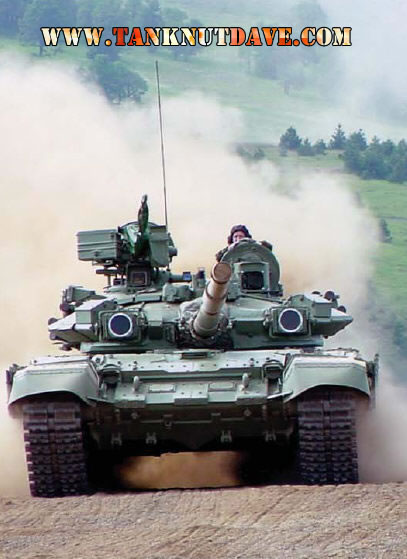 AKA the M-84AS, this up-grade has been manufactured by Serbia and contains may systems and parts from Russia, hence its appearance and comparison to the Russian T-90. It has a new NERA armour system, possibly made from high hardened steel with a titanium and/or aluminium centred plate, with an additional layer of Kontakt-5 ERA on top of that. Additional protection includes blow out panels around the fuel and ammo storage.

It is Equipped with the Shtora electro-optical system for defence against wire and laser guided anti-tank missiles. It has an improved fire-control system with integrated day/night sight and comes complete with a 7.62 mm M86 coaxial MG and a 12.7 mm M87 anti-aircraft machine gun on the commanders cupola. It has a new diesel engine generating 1200 hp with a power/weight ratio of 26.7 hp/tonne. It’s Suspension is the torsion bar type and has an operational range of 700 km, with a top road speed of 72 km/h.

Serbia currently operates a fleet of some 212 M-84’s. Originally designated M-84AB1, it got its current designation after developed was delayed with late up-grades. It was first seen in public in 2004 and entered the up-grade process in 2008. It is expected that all Serbia’s M-84’s were bill up-graded to the M-2001 by the end of 2010. 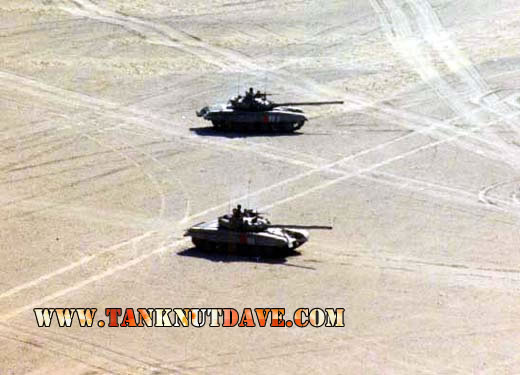 Kuwaiti M-84AB ‘s did contribute to the recapture of Kuwait, but were held back from engaging Iraq’s T-72’s due to their similarity. They did however engage T-62’s & T-55’s.

The M-84 was used by different sides following the break up of the Socialist Federal Republic of Yugoslavia where states fought for independence (against the Yugoslav People’s Army AKA YPA), such as the Slovenian Independence War (were used for clearing obstacles and intimidation) with Slovenia capturing 50 odd M-84‘s abandoned by the YPA.

The Croatian War of Independence saw the Croatian Army capturer about 50 M-84 MBTs from a YPA barracks.

During the Bosnian War, the M-84 didn’t see much action as the T-55 was the tank deployed during the war.

During the Kosovo War, the M-84 was predominately kept in a reserve force to counter an expected invasion by NATO.

Bosnia and Herzegovina – 14 M-84 MBT’s, as many have been retired due to insufficient funds.

Croatia – 80 M-84 MBT’s of which about 40 were captured during the war. At least 40 were newly produced postwar M-84A4 Sniper variants. 72 tanks have been brought to this level as of 2008 and operates 8 M84D’s with the possibilty of all tanks being brought up to this standard by 2012.

Slovenia – 54 M-84 tanks. Most of them are in active service, modernized to the M-84A4 Sniper standard, but there is also a number of those which aren’t operational. They will be replaced after 2010.