This is another Trumpeter model kit and very cheap at only £13. I was annoyed with the lack of instructions in its construction and was baffled as to why they had provided the parts to build either the K1 or K1-A1, but had not mentioned this in the instructions, nor which side armour or rear part of the hull or cannon you would use to make either version.

Other illustrations were badly done in the instructions.

The commander’s 12.7mm MG is not in the completely correct place, it should be to the right of the commander, not in its current left position, but was badly illustrated and showed the arm on the gun as being straight and not pointing right as it should be. 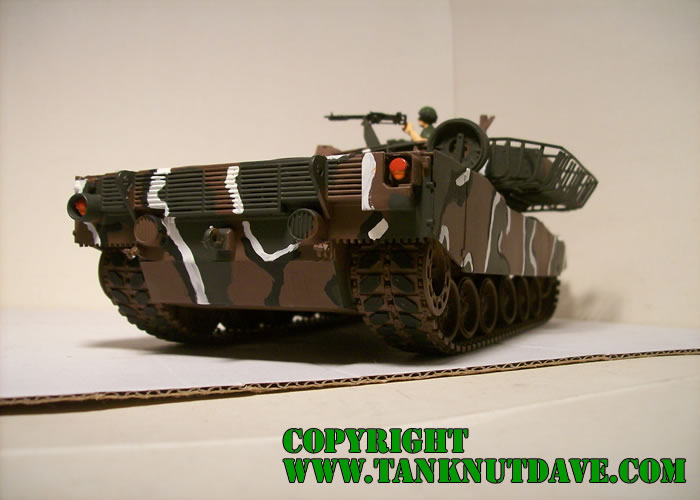 I enjoyed building the boxes round the turret, but I had to cut slots in the inside of the turret to secure them to it. 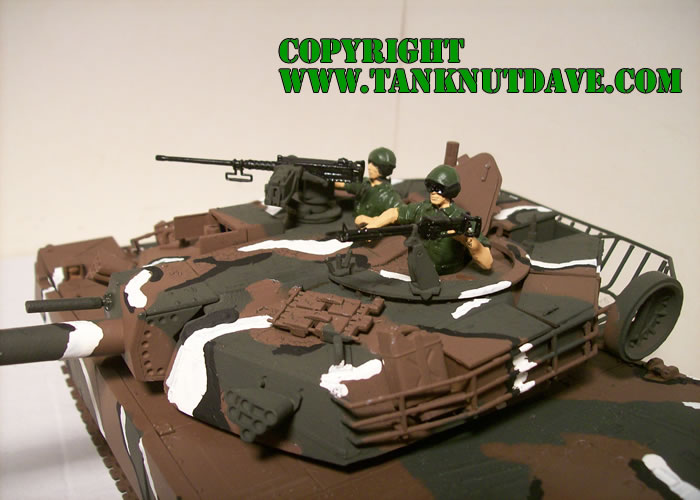 It was very difficult to do and they didn’t fit in correctly, so their surfaces are not flush together and it had the knock on effect of the caging running round the outside of them not fitting or joining correctly to the hull. 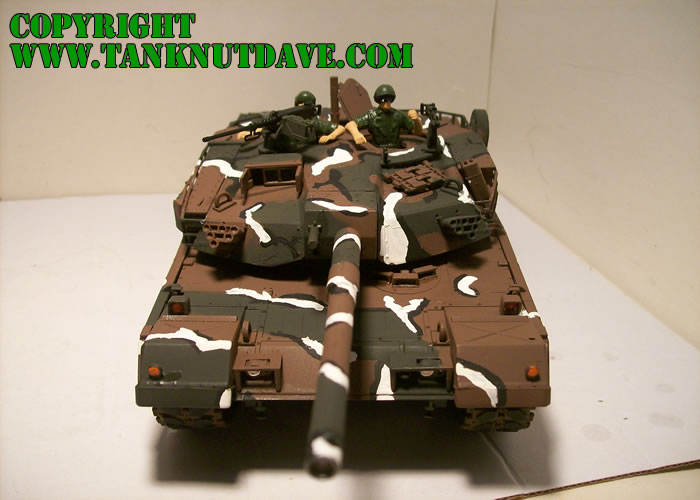 However a skilled modeller should enjoy the kit. 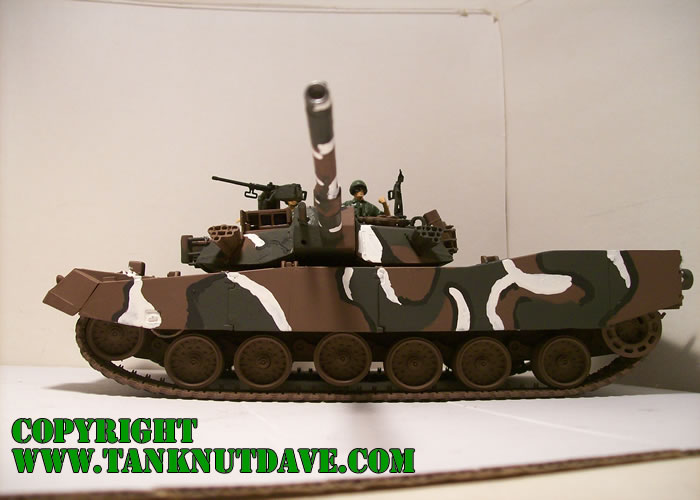 I airbrushed the model in 2009. I sprayed the base coat as brown and then hand painted on the green, white (which I think looks great) and black, which I did with a certain amount of “artistic creativity” from pictures of the K1 & K1A1. 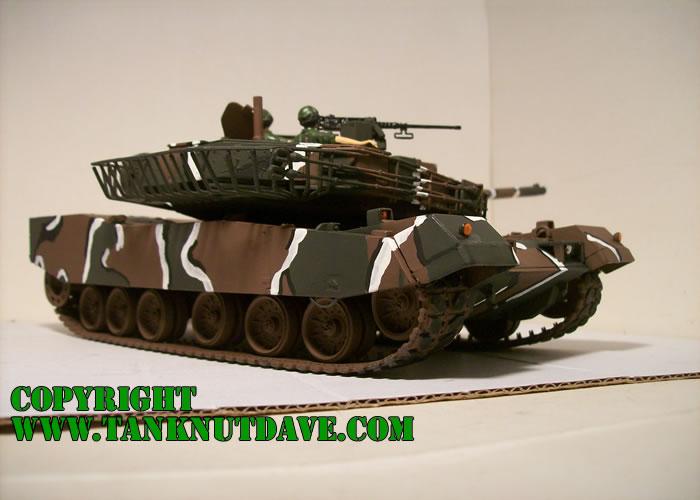 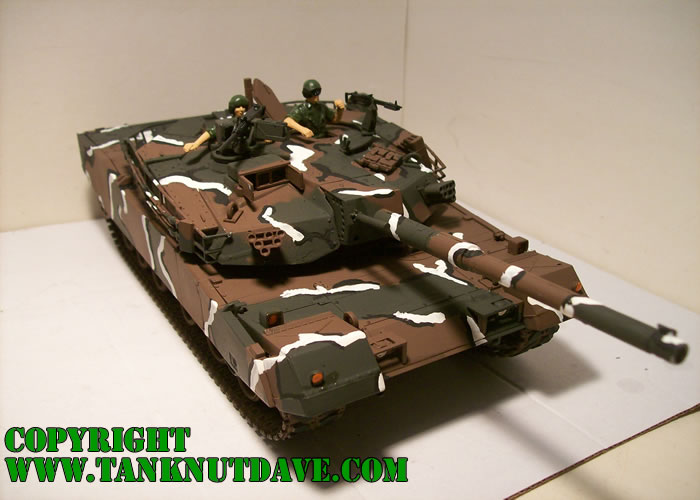