About The Belgian BDX 4×4 Wheeled APC

Timoney Technology Limited of Ireland, is a well respected designers, developers and manufactures of Armoured Fighting Vehicles. During the 1970’s they had developed for the Irish Army a series of 4×4 wheeled APC’s.

The Engineering Division of Beherman Demoen obtained a licence to manufacturer the vehicle with improvements to meet the needs of the Rijkswacht/Gendarmerie (who were the former paramilitary police force of Belgium) in 1976, under the designation ‘BDX’. 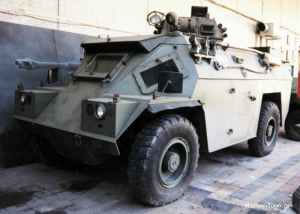 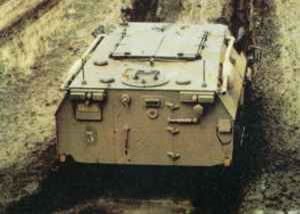 The Driver sits up front in the middle, the engine behind (the original Chrysler can be replaced with a more efficient Detroit Diesel) him, troop section in the rear which provides access to the small roof turret. Troops exit/enter the vehicle via doors in the side and rear.

The roof turret can carry either a pair of 7.62mm Machine Guns or a pair of MILAN wire Guided Anti-Tank Missiles in the ready to fire position. 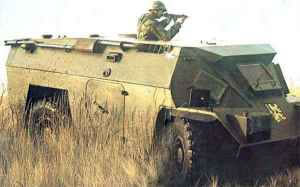 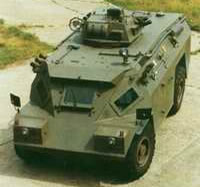 Argentina – Took delivery of 5 vehicles. Still believed to be in service.

Mexico – All functional former service Belgium vehicles have been passed on to Mexico who still operate the vehicle.