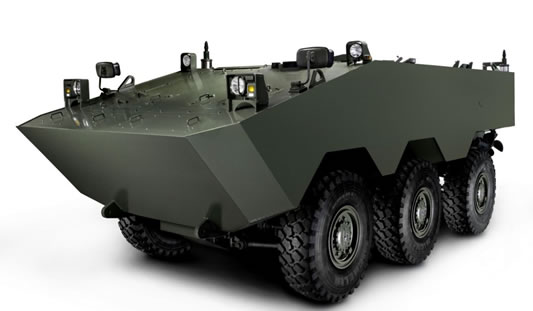 The Brazilian Army has operated the EE-11 6×6 wheeled APC since the mid 1970’s. It’s age and the fact that the manufacturer declared itself bankrupt has left the vehicle with out a reliable source of spares for damaged vehicles. These facts combined led to the Brazilian Army seeking a replacement. They have worked closely with the established Italian Armoured Fighting vehicle manufacturer IVECO Defence Vehicles. 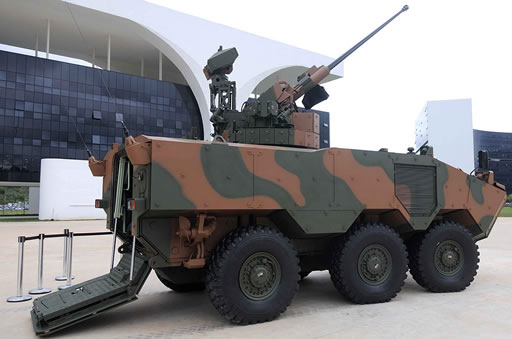 The Wheeled Medium Armoured Personnel Carrier – Basic Platform (VBTP-MR) was first unveiled to the public in 2009 and has since been photographed at various arms fairs. The vehicle is expected to enter production in Brazil at the IVECO LA’ Sete Lagoas plant in Minas Gerais during 2012 under the designation Guarani.

The Basic Platform is an APC that has a two man crew and can carry 9 fully equipped troops. The vehicle has a modular construction and therefore able to built in various variants. It is expected that a version with some type of turret housing a 90 to 105mm calibre main gun will also enter service to replace the EE-9 Cascavel armoured car in reconnaissance and fire -support role. 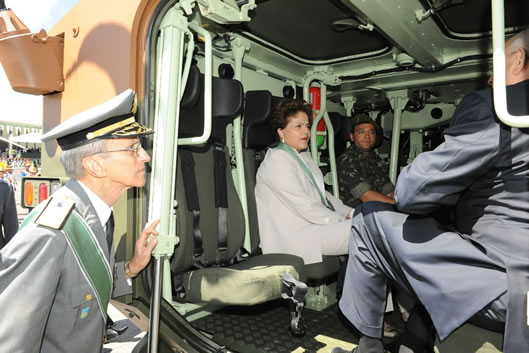 The vehicles standard configuration can withstand Machine Gun fire, but additional composite armour can be added. It has a V-Shape hull to give increased protection against land mines. The internal  crew and infantry compartment has spall liners to catch any fragmentation from High Explosive rounds hitting the vehicle.

The vehicle is powered by an Iveco Cursor 9 turbocharged 383hp diesel engine, which is located at the hull front. It uses hydropneumatic suspension and is fully amphibious.

The Iveco VBTP-MR is air portable by C-130 Hercules. 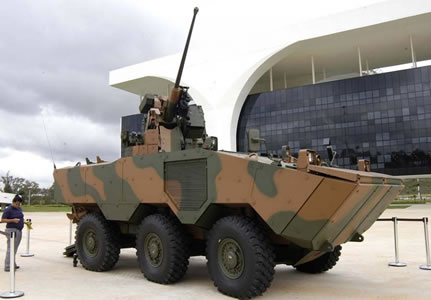 Its reported that vehicle can be fitted with a remote weapon station, which would be operated by the vehicle commander. Its also been equipped with a remote turret with a 20 – 30mm calibre chain gun.

Lebanon – It was announced in December 2014 IVECO had signed an agreement to sell various military and police vehicles, including 10 VBTP-MR.