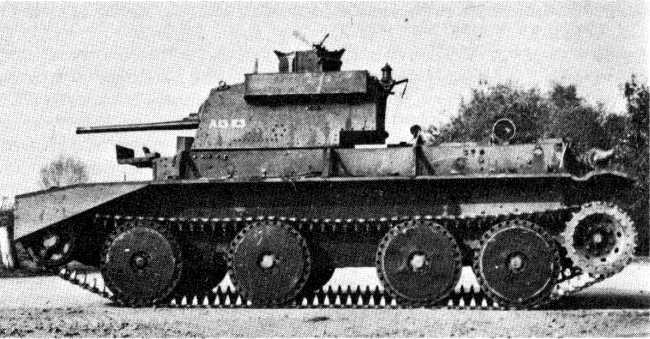 The A13 was a remarkable vehicle and the first highly mobile tank the British had. It was down to the decision to incorporate the US Christie suspension and the Liberty engine, which generated 340bhp. This gave the tank a top road speed of 56.3km/h, which was governed to 48. 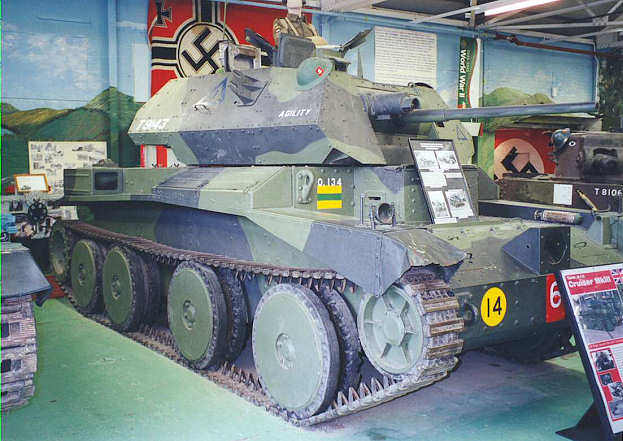 This vehicle was a up-armoured version of the Mark III, which added an additional weight of over half a ton, but with the new suspension and engine, this had no negative effect on the vehicles mobility. The new armour was 6 to 30mm thickness.

Mark IVA – Saw the replacement of the Besa MG with that of a Vickers MG.

Mark IV CS – The 2 pdr main gun was replaced with a 90mm mortar.

Production of the Mark IV family started in 1939 at Nuffield, LMS, Leyland and English Electric with a total of 655 vehicles being built by 1940, when production ended.