The French Berliet GBC 8 KT & Renault GBC 180 Military Truck – Berliet was a French manufacturer of automobiles, buses, trucks and in the 1950s, they developed a 6 × 6 truck for use in North Africa called the Gazelle. With modifications, it was subsequently adopted by the French Army in the late 1950s who took delivery of over 17,000.

The layout of the Berliet GBC 8 KT is conventional, with the engine at the front, cab in the centre and cargo area at the rear. The two-door cab has a removable top, there are removable door tops and the windscreen can be folded forward onto the bonnet. The rear cargo area is provided with a drop tailgate with an integral step, removable side boards, bows and a tarpaulin cover. 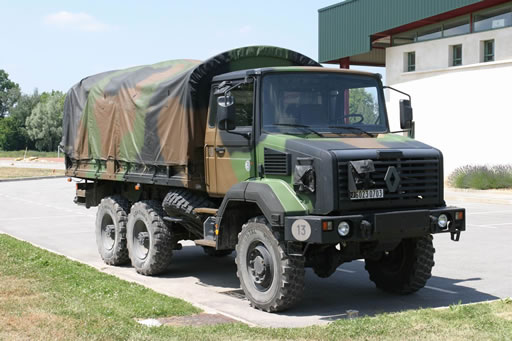