The French Renault 4×4 Sherpa Light Family of tactical and light armoured vehicles are designed to provide light forces (infantry, paratroopers, marines, internal security…) with the best mobility / payload compromise of its category. In addition to its outstanding on and off-road performances, the Sherpa Light is fully air transportable (A400M / C-130), multirole and ready for being up-armoured (ballistic and mine kits). The Sherpa Light has already been adopted by NATO, France and other countries.

The “Armoured Personnel Carrier” is a 3 doors protected troop transport version for up to 10 soldiers with their equipments. It is also able to receive any mission or weapon system thanks to a large internal volume. 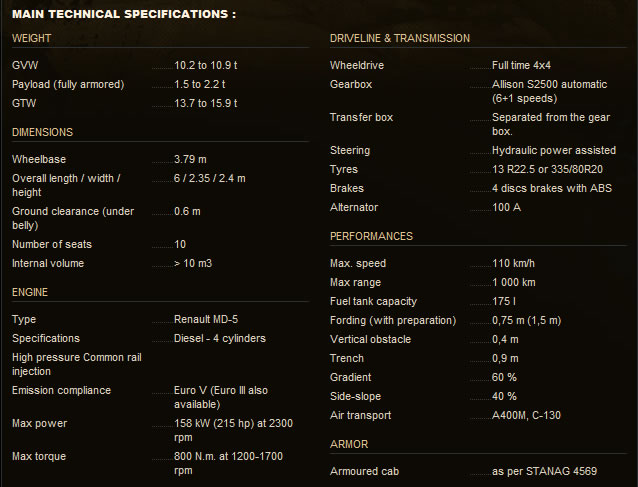 The SHERPA LIGHT “Carrier” is a cargo/utility version available in unarmoured and armoured variants with a short or long cab (2 or 4 soldiers). It is able to transport up to 4.5 tonnes of payload including a 10 feet shelter. 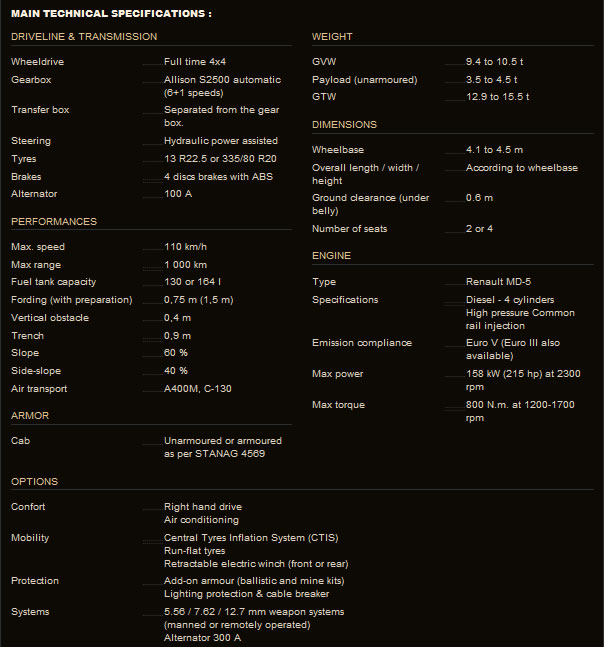 The “Special Forces Heavy” is ideally suited for tactical missions such as long range patrols. It is also adapted to the specific needs of special forces: 5 seats, open top and folding windscreen, supports for machineguns. 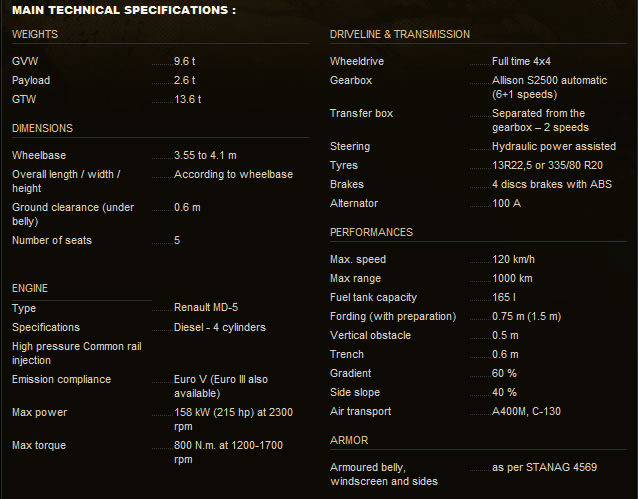 The “High Intensity” is ideally suited for combat missions demanding a high level of protection such as offensive scouting, counterinsurgency tasks, and convoy escort. It is able to transport up to 4 or 5 soldiers and a remotely operated weapon system. 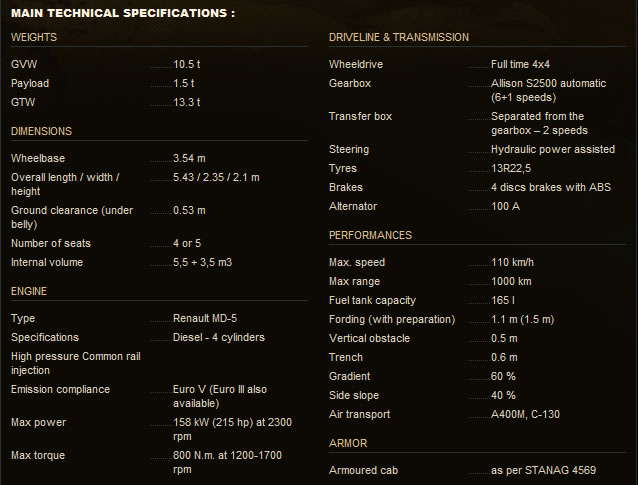 The SHERPA LIGHT “Scout”, available in unarmoured or armoured variants, is ideally suited for tactical missions such as scouting, patrol, convoy escort and command and liaison. It is able to transport up to 4 or 5 soldiers and a roof mounted weapon system. 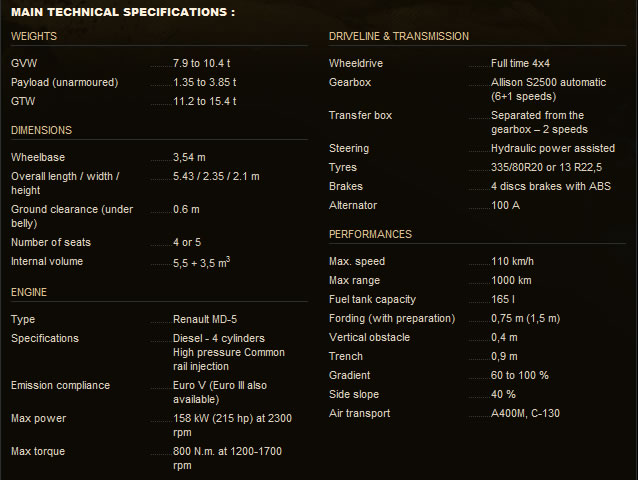 The « Station Wagon » (SW) is fully armoured and ideally suited for various tactical missions such as protected patrol and internal security. It is able to transport up to 6 soldiers and/or any weapon or mission system. The Station Wagon Light version is the unarmoured version. 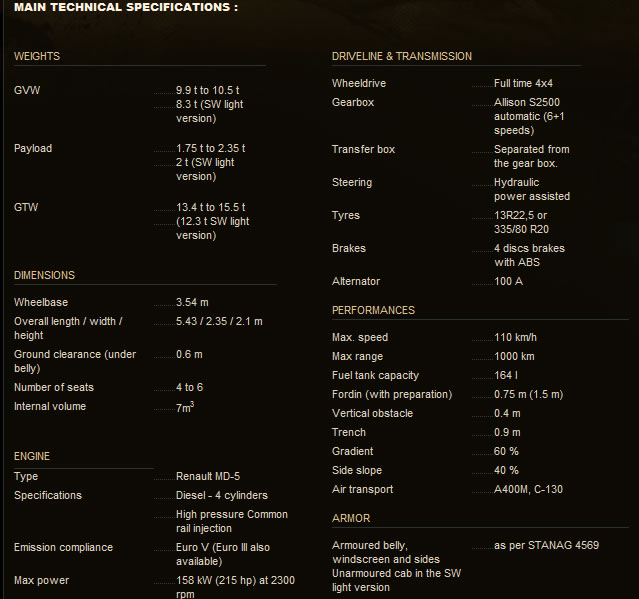