The Italian C1 Ariete Main Battle Tank is one of, if not the least well known NATO member MBT’s, a title it far from deserves considering the fact it was deployed in Iraq in 2004. The Ariete was developed as a replacement of the Italian Armies old Leopard 1 & M60 fleet and to equip it with a single tank to reduce operational costs. In 1984 the two Italian companies IVECO FIAT & Oto Melara, formed a new company called IVECO FIAT Oto Melara Syndicated Company too develop a range of new vehicles including a new MBT, the Ariete. Deliveries to the army started in 1995 and by August 2002 the final of the 200 ordered tanks had been delivered at a rough cost of $4850000 per tank.

It is fitted with a 120mm smoothbore main gun, which its calibre length is 44 and therefore is the same size as the L44 used on the Leopard 2 A4/A5 & M1 Abrams and able to match its firepower. Its manufactured by Oto Melara and is fitted with a thermal sleeve, a fume extraction system and a muzzle reference system. It fires the standard APFSDS & HEAT rounds as used by other NATO tanks and can store 42 rounds (15 rounds in the turret and 27 in the hull). It’s elevation is from -9° to +20°.

for close encounters it mounts a 7.62mm co-axially mounted MG and the commander has a 7.62mm MG mounted on his cupola, which doubles up as an anti-aircraft gun and can store 2500 rounds.

The commander has an independent sight mounted on the turret with night-vision capabilities. The gunner has a stabilised thermal sight and laser range finder. It also carries a fire control computer and the drivers sight also has passive night vision.

It also uses composite armour (not Chobham), which prove to be superior armour systems. Mounted on the front of the tank is the BAE Systems Italia manufactured RALM laser warning receiver. The system gives the tank a 360° detection of laser guided ATM and warning. It carries the standard smoke grenade dischargers (x4 either side) on the turret. It also has a standard NBC system manufactured by Sekur SpA.

The Ariete’s top road speed & mobility is moderate thanks to its light combat weight of 54tons. Its Fiat V-12 MTCA turbo-charged 12 cylinder diesel engine has proven troublesome as its power output is low, but is due to be replaced. It uses a 4 forward & 2 reverse transmission and built under licence from the German manufacturer ZF. Despite being developed in the late 1980’s/early 90’s it still uses the older torsion bar suspension systems rather than hydrogas like other tanks of its generation. 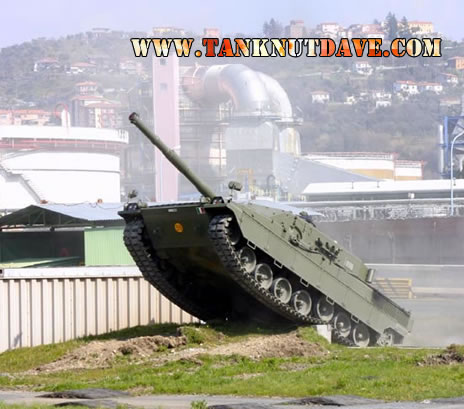 As of 2006 A Mk2 Ariete tank has entered development. A new up-graded version of the existing engine has been developed by IVECO. The up-grades include a new fuel injection system and a new double turbocharger, which will increase the power output to 1600 hp at 1800 rpm which will reduce fuel consumption. The new engine will be fitted to the existing Ariete fleet during the first general revision. Oto Melara have also been busy developing two new armour packages for the vehicle. The Mk2 will include a new autoloader for the 120mm main cannon, hydrogas suspension and a more advanced fire control system. 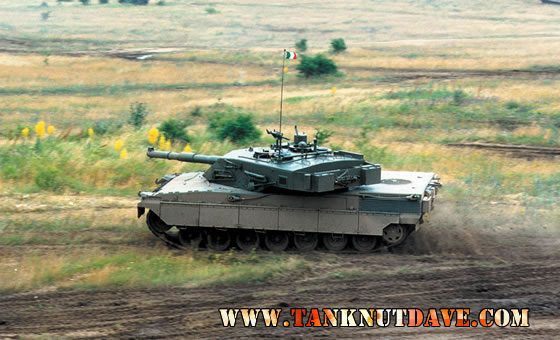 As of 2006 its only the Italian Army who have purchased 200 of vehicle and they are deployed with the following units:

There are currently no new customers for the vehicle.