The M-63 Plamen MLR System (Plamen “Flame”) was developed in the former Yugoslavia. It has 32 128mm launching tubes. It is normally found in MRL battalions of three batteries, each with four launchers. It is estimated that total production of this system amounted to about 500 units. Production of this trailer-mounted system has been completed and there has been no recent marketing of this system. 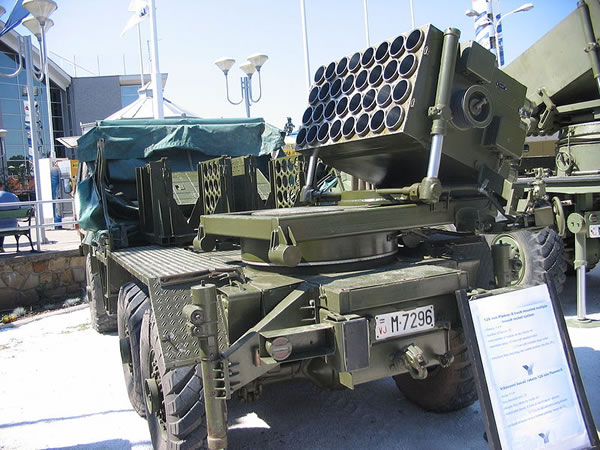