North Korea operates a number of artillery systems, but due to self imposed isolation from the rest of the world, full details on the systems are not available except for that released by intelligence agency’s.

US intelligence has seen and acknowledged two separate wheeled MLRS vehicles, The North Korean M1985 MLRS & M1991 MLRS. Both quite distinctive from the other and fire 240mm unguided rockets.

Its not known when this vehicle was developed nor when it entered service, but it was first seen by  US intelligence in 1985. This vehicle has the engine in front of the cab and the launcher has 12 launching tubes spread across 2 rows.

Its not known when this vehicle was developed nor when it entered service, but it was first seen by  US intelligence in 1991. This vehicle has the engine under the cab (so has no bonnet) and the launcher has 20 launching tubes spread across 3 rows.

Its most likely that the vehicles lack the same level of sophistication in Fire Control and Navigation systems found on that of Western MLRS vehicles and there are no clear numbers of how many are in service, with estimations of 200+. 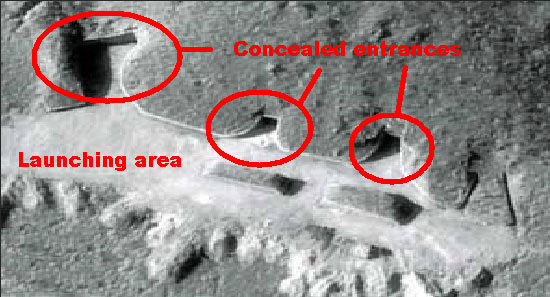 North Korea has constructed underground facilities in the sides of hill/mountains along their side of the Demilitarized Zone which have a multitude of entrances/exits, much like a rabbit run, that lead out on to firing positions, which out number the number of vehicles in service.

This means that these MLRS’s can drive out on to a firing position, launch their rockets on to the South Korean Capital Seoul, which has a population of 10+ million, drive back in to the facility, reload and then drive out on to another position to fire again. This makes the detection and monitoring of the vehicles and counter battery fire incredibly difficult.

Its been theorised by analysts that using this method, that should North Korea attack Seoul, it can fire several thousand rockets into the capital in a matter of minutes. There have been US lead technology demonstrators since the 1990’s for detection and neutralization of Korean rockets.