The North Korean VTT-323 Armoured Personnel Carrier carries the NATO designation M1973, which like all NATO designations for Communist countries (Russian/WARSAW/Chinese/North Korean) Armoured Fighting Vehicles, is the year with which they first saw it.

The vehicle is an enlarged version of the Chinese Type 63 APC, hence its added 5th road wheel. The vehicle has been photographed with a one man turret housing x2 calibre heavy Machine Guns or x1 MG mounted on a cupola. Also various missile launchers. Its also reported that it is in service as a mortar carrier, anti-tank missile launcher and self propelled gun. 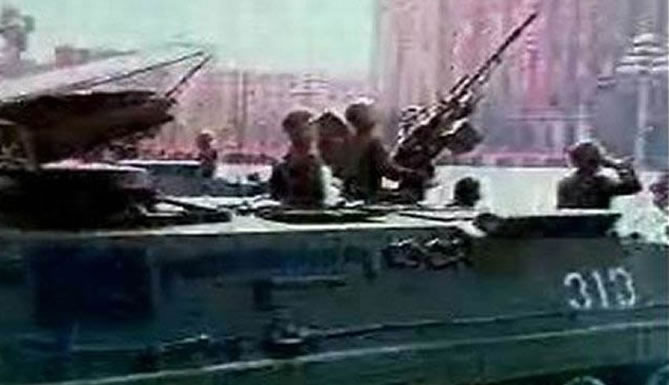 The APC can have a crew up to 4 and 10 troops in the rear. They exit via rear doors and roof hatches. It is constructed of welded steel giving protection against 7.62mm MG fire.