The Russian T-62 Medium Battle Tank was an improved version of the T-55 medium tank and both formed the back bone of the former U.S.S.R. tank arsenal. Both made up over 85% of the number of tanks Russia could have fielded should have war broken out between East and West.

So what were the improvements?

The main gun was upgraded to a 115mm smoothbore. Stabilized in both axis with an elevation of -6 to +16 degree’s it is capable of firing HE-FRAG. HEAT and APFSDS. Empty cartridges are ejected from  a trap door in the 360 degree powered traverse turret. 40 rounds of ammunition can be stored with the vehicle.

The vehicle is equipped with a coaxial 7.62mm MG. 2500 rounds of ammunition can be stored. A roof mounted 12.7mm MG is mounted on the loaders hatch for the Anti-Aircraft role, of which 300 rounds are stored.

Like the T-55 the T-62 used an all steel cast turret, however the frontal thickness was increased from 203mm to 242mm giving a more egg shaped turret on the vehicle, which was also due to accommodate the larger 115mm main gun.

An NBC protection is fitted with smoke grenade launchers fitted dependant on model. It is able to lay a smoke screen by injecting diesel on the hot exhaust.

Weighting in at 40 tonnes (combat) it weighted an additional 4 tonnes (combat weight) over the T-55. The vehicle was given a new 580hp water cooled diesel engine which provide a power-to-weight ratio of  14.5hp/tonne, which was higher than the T-55 and thus offered a greater ability to accelerate as well as climb hills/obstacles than that of the T-55.

A top road speed of 50km/h could be achieved (matching the T-55) but had a lower operational range of 450km (thou this could be increased with external fuel drums to 650km).

Layout of the vehicle

Like most tanks, the engine compartment is set in the rear of the hull, turret in the middle and driver front (he sits on the left and additional round storage  for the main gun to his right).

Gunner sits left front with the commander behind him. The loader sits on the right with access to the ammo storage next to the driver.

The vehicle entered production in Russia in 1961 and ended in 1975 (superseding production of the T-55). A small number were manufactured in the former Czechoslovakia. Some 20,000 were built.

Includes current and former as well as their upgrades

Afghanistan received a large number prior to the Soviet War to assist the pro-Communist Government. The vehicles status with the new Afghan National Army is not clear.

Algeria was supplied with several hundred in the later 1970’s. Its estimated that 300 are still in service.

Angola received through out a number of deliveries during the 1980’s & early 90’s several hundred, thou its know believed that only a handful or so are operational.

Belarus is a former operator.

Bulgaria is another former operator. They were possibly the first importer, with deliveries commencing in the 1960’s. The vehicle hasn’t been operated for over 10 years.

Cuba currently operates around 380 vehicles, which form the backbone of their total tank force.

Egypt has operated several hundred of the vehicle since the 1970’s and still remains in service despite many being in storage.

They have upgraded the vehicle through outs its service, the most recent being the RO-120 Mark III. This upgrade arms the tank with the 120 mm M-393 tank gun developed by FSUE. It has a new license-built German MTU engine developing 890 hp (664 kW) and additional armour, including reactive armour and armoured side skirts. The upgrades resulted in a weight increase to 46.5 tonnes. This upgrade was completed by the end of 2008.

Ethiopia received deliveries during the late 70’s/early 80’s and its believed that despite recent fighting 100 are still in service.

Iran has received from a number of nations including North Korea a significant number of vehicles during a period running from 1980 to 1990. Its estimated that since 2008 only 50 odd are in service.

Iraq during the 1970’s and 1980’s received some 2000+ vehicles. By the time the Gulf War kicked off an estimated 1000 were still operational, however they are now either destroyed and scrapped as the new Iraqi Army arms itself with more modern tanks such as the US Abrams.

Israel captured from its Arab neighbours during various conflicts a large number. These were modified over a period of time and formed part of the Tiran series. Its no longer in service.

Kazakhstan has around 75 operational vehicles as of 2005.

North Korea produced the T-62 under license until the 1980s. In the early 1990s the North Korean Second Machine Industry Bureau designed a lighter copy of the T-62 which is mass produced and is known locally as the Ch’ŏnma-ho I (Ga).

Libya received several hundred from Russia during the 1970’s, however the number in service since the 2011 civil war and coalition intervention is not known.

Russia as the principal designer and manufacturer produced 20,000 during its former U.S.S.R. days. By the time this former super power had broken up, it had only 11,300 in service as many had been sold on during the 70’s & 80’s to allies. Many of the 11,300 were then passed on to the successor states of the U.S.S.R. when it broke up and the now Russian Ground Forces as of 2008 have around 100 in active service and less than 3,000 in storage.

Syria took first delivery of the several hundred ordered in time for the 1973 Yom Kipper War. Its believed up to 1000 could still be in service.

Vietnam received deliveries of the vehicle from the late 70’s. As of 2009, 220 are believed to be in service.

Ukraine as a successor state of the break up of the U.S.S.R. received 300 vehicles, however none are is service. 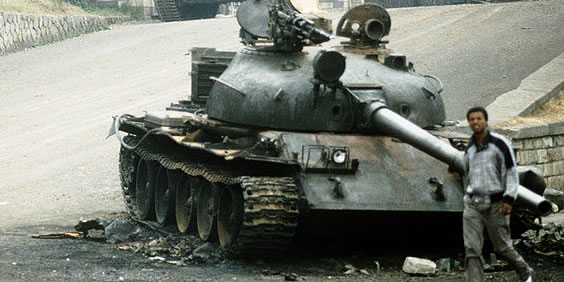