Featured video is of Eagle IV

The Swiss EAGLE 4×4 Reconnaissance & Patrol Vehicle was originally developed by Swiss firm MOWAG for the Swiss Army.  First orders were placed (now known as Mk I) in 1995 and since then the vehicle has been further developed in to other Marks. 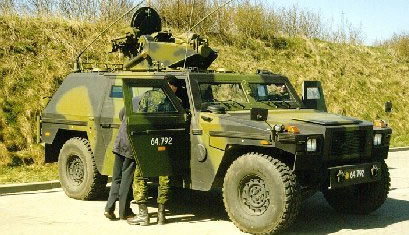 Developed on the same chassis as the US HMMWV it has a V8-cylinder GM, model LNA liquid cooled 159hp diesel engine. The vehicle provides an all-round 7.62mm MG protection as per level 1 STANAG 4569. 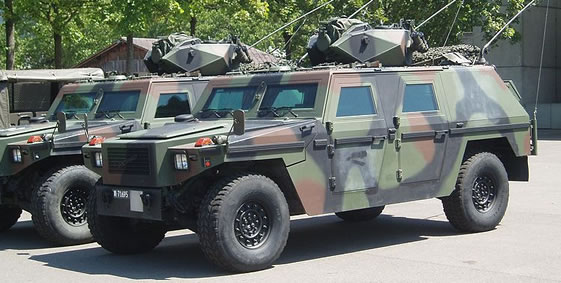 Developed on the ECV (Expanded Capacity Vehicle) HMMWV chassis. This provides a higher engine performance as well as an increased payload carrying capacity (total 5500kg combat weight). This provided for a higher level of protection.

These Marks are used in the Reconnaissance role, mounting a small one man turret with a 7.62mm MG thou they have removed in some cases. 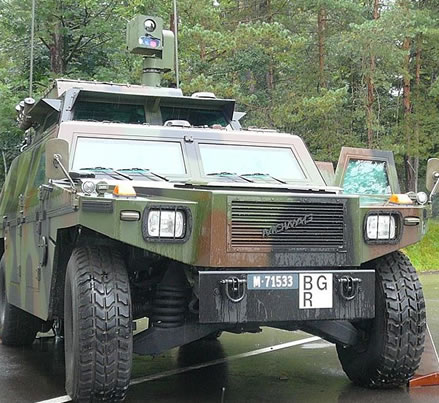 Developed on the ECV (Expanded Capacity Vehicle) HMMWV chassis. This provides a higher engine performance as well as an increased payload carrying capacity (total 5800kg combat weight). This provided for a higher level of protection.

This Mark has been adapted with substantial improvements in communications and surveillance equipment (yet lacking the machine gun of previous versions) as a mobile artillery observer vehicle.

Development of the vehicle started in early 2003. The vehicle is based on the Mowag DURO (DUrable and RObust) II chassis technology with roll stabiliser and the De-Dion axle system.

The latest mark, has permanent all wheel drive and a modular protection system giving a very high level of protection against ballistic threats, mines, and IED’s. Its equipped with air conditioning and NBC overpressure systems.

Originally operating the Mark I, these have been replaced with Mark IV and 91 are in service as in the Reconnaissance/Patrol role.

Before deployment to Afghanistan in 2009 a number of vehicles were issued the Pilar MK-IIw Integrated Gunshot Detection Vehicle Version. Besides projectiles the system can track single, multiple, burst and synchronised shots and RPGs, mortars, anti-tank missiles.

The system is integrated with the Lemur Overhead Weapon Station (OHW) and the Battle Management System (BMS). The systems can work in manual mode with onscreen display of shot origin or in auto-mode where the OHW is pointed at the shot origin ready for fire.

Like the US MRAP program, the Bundeswehr have been running their own protected vehicle procurement program called GFF, which is an acronym for armoured command and multipurpose vehicle.

The Eagle Mark IV has been selected for the GFF 2 category in 2008 as part of orders for 473 vehicles.

The Eagle BAT is an ambulance version which accommodates an emergency doctor, rescue assistant and a driver/paramedic and allows patient transport and emergency treatment while protecting occupants from ballistic threats, mines and improvised explosive devices.  20 vehicles were delivered as part of a later order on top of the original 473 Reconnaissance/Patrol role vehicles in early 2011 and in April 2011 a further order for another 20 was placed.

120 Eagle III have been acquired as mobile artillery observer vehicles in 2003.

MOWAG, originally MOWAG Motorwagenfabrik AG, was founded in 1950 as a privately owned company in Switzerland. Since October 2003, MOWAG has been a company within the General Dynamics European Land Systems group who now market the vehicle as “EAGLE”.