This was my second Academy kit I’ve built. It had the best instructions I have ever used, with nice and big clear diagrams, which were well laid out. Compared to other instructions, these made it very clear the different variations I had the choice of building. (Mine is the spaced armour version).

I’ve always preferred building Tamiya kits, but I found the type of plastic used in this kit not as thin or gentle as the Tamiya kits, so parts didn’t snap or leave strain marks when removing them from the kit frame’s as I’ve found with the Tamiya one’s.

Despite it’s size, it had a lot of detail to build. Again I had great fun building the inside compartment with this kit, as it even had an engine block to build and it was more complicated than my M2 due to its smaller size.

I found that the excess glue that appeared from the joints during construction was a lot easier to clean off with this type of plastic. It has several working functions, the drivers, gunners, top rear hatch and main rear door can all be moved as well as the main and two side machine guns. 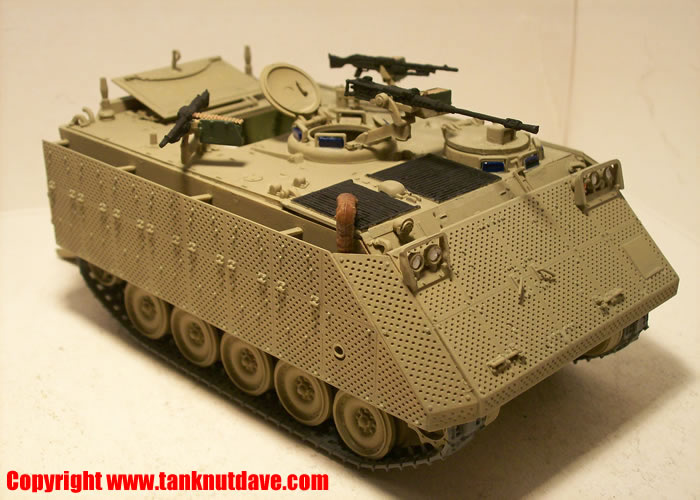 The IDF tend to paint their vehicles in their own colour and Tamiya paints are yet to make it and recommend you use Desert yellow (XF-59). 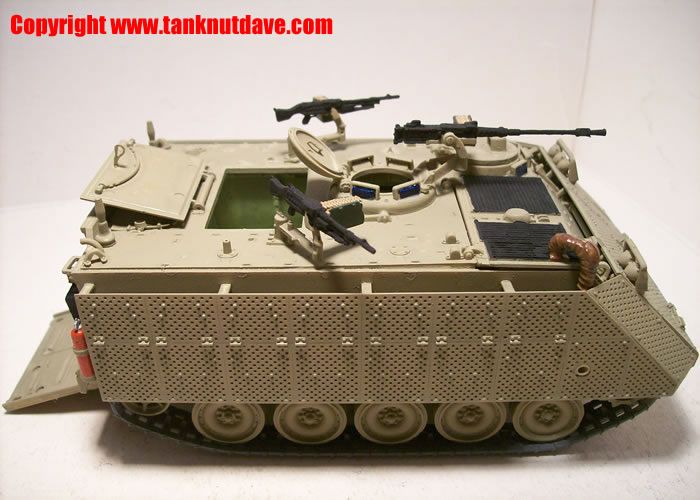 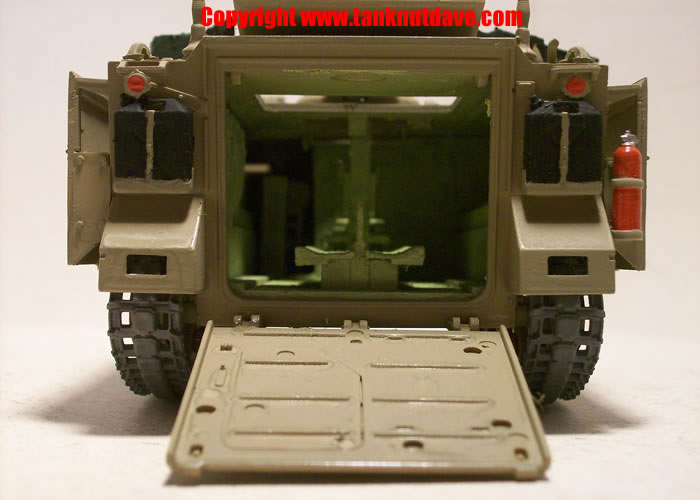 On discussing this with the owner of the independent model shop I bought the kit from, he suggested an alternative local manufactured paint line called ‘White Ensign Models’ who did an Israeli Sand Grey enamel paint. 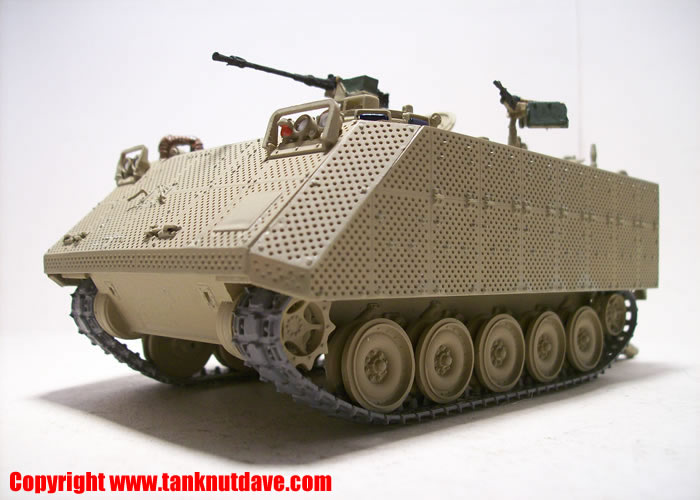 I had to thin it out with thinner (which I hate doing) and applied two air-brushed coat’s which has left a good finish (I’ve also air-brushed my Zelda with it). The IDF decals were okay but not as good quality as other manufacturers. 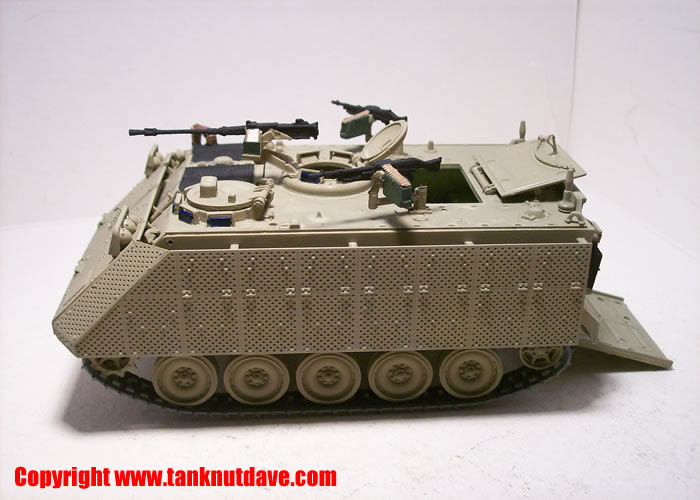