Review of the Academy US M1025 HMMWV model

It had been a while since I had built an Academy kit so I was delighted to find this one and that it was reasonably priced at roughly £15.

The instructions were very good and even had well laid out printed pictures of the finished sections I was building, as well as photographs taken of the actual vehicle to compare against. 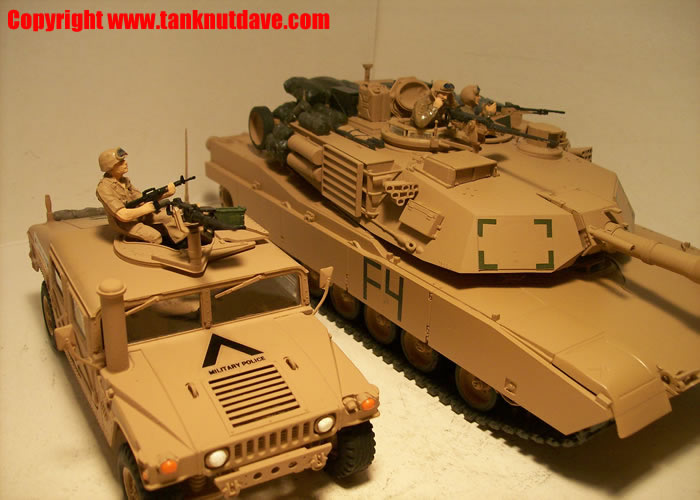 The kit had a number of different modifications to choose from, such as gunners hatch open or closed, deep wading exhaust pipe, open boot door etc. 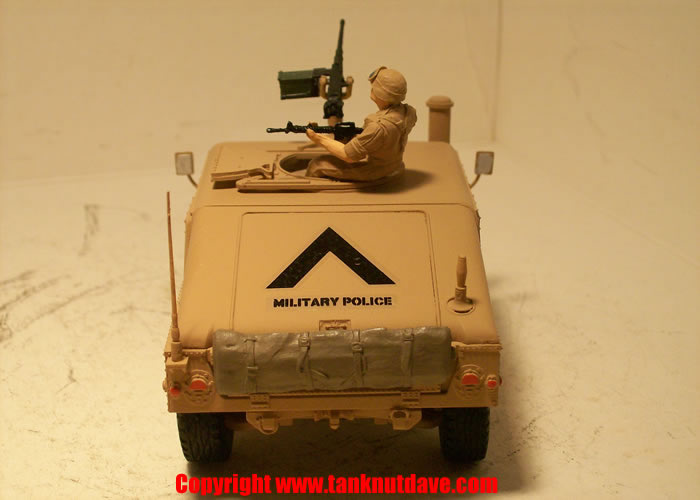 For some reason I really like the fact two of the windows are semi open. The quality of the plastic glass was really good and very easy to use and allows you to see the cab, which I also got to build (seats, steering wheel & dash board comms). 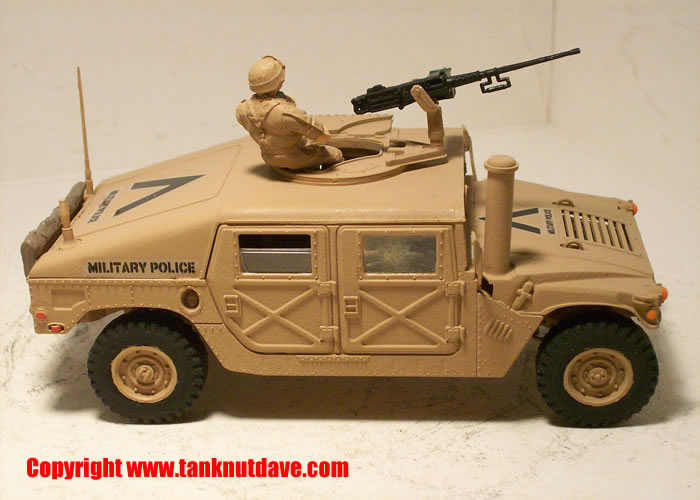 I really like the crew man and there was also a choice of uniforms to match the paint schemes (beret instead of helmet/weapons). I went with the military police Gulf War. 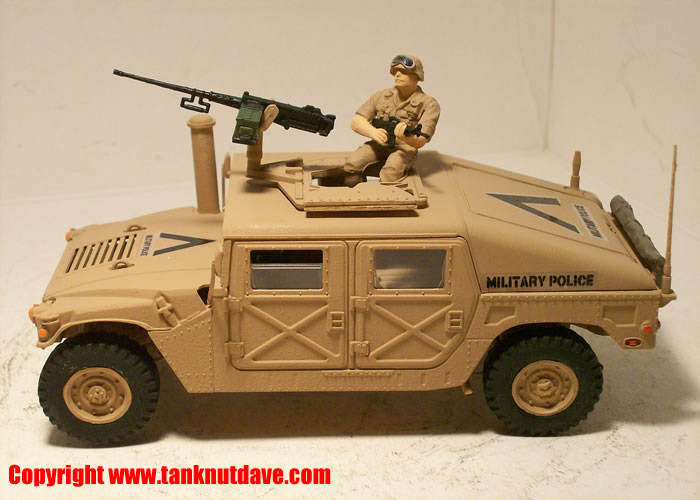 I airbrushed on Tamiya acrylic paint XF-59 desert yellow. I painted on Revell matt black (8) for the road wheels & 50cal MG and Tamiya XF-67 NATO green on the ammo box. I used 752 (blue) on the crewman’s visor and Humbrol acrylic #61 for his skin.Finally I used Humbrol Enamel white satin (130) and Revell 31 & 30 for all the lights. 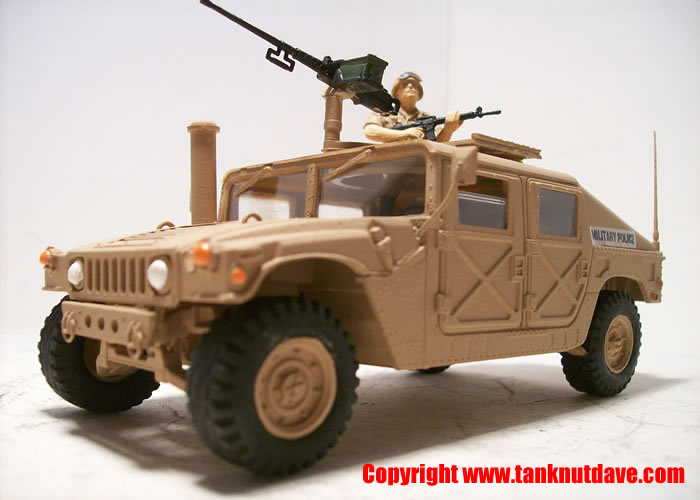 I was disappointed with the decals and I had trouble getting the NATO black markers on the doors due to their rigid pattern, so left them off. Instead I used one on the bonnet and placed below it the one saying ‘military police’ which was supposed to go above the windscreen. I would recommend this model kit to anyone who has built at least a couple of models due to its size and skill needed to build Steps 1 – 3. 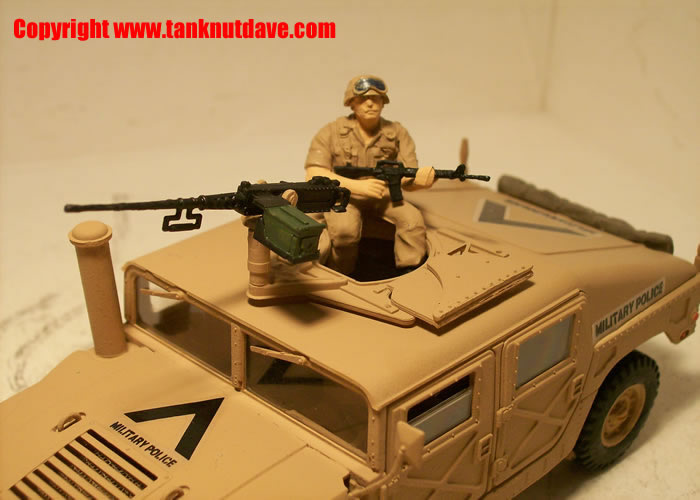 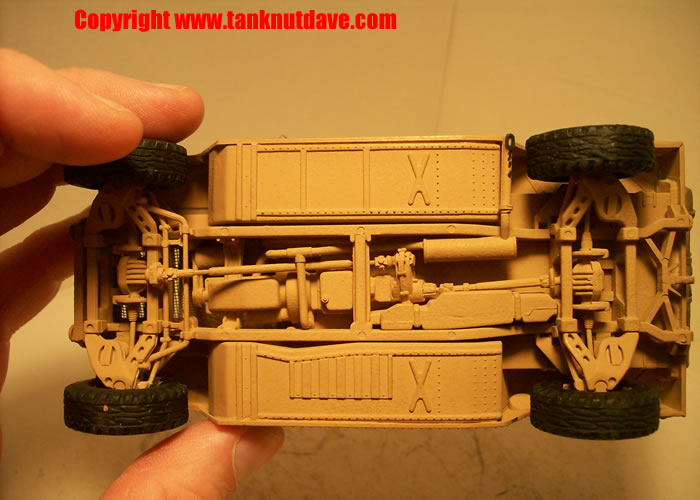