This was my second AFV club model and is identical in size to that of my Scorpion tank. It was pretty much identical in construction, with the exception of the main gun.

It has some unique features, mostly the metal mesh over the exhaust on the right hand side and the main gun also being made of metal. The metal was flat whilst in the kit and I shaped it into a curve by wrapping it around a pencil. Other unique features included replicated ripples in what would be a canvas top on the rear storage bin.

Despite its size, the turret had a lot of detail to build, such as the smoke dischargers and a number of periscopes in the cupolas and boxes. 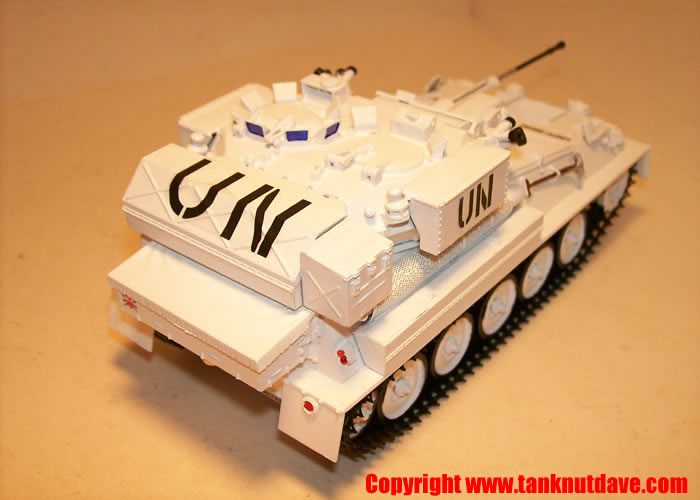 It was fun to build and I haven’t really got anything bad to say about it as it only took me two and a half hours to build. The instructions were clear and easy to follow with a small amount of information about the Scimitar. 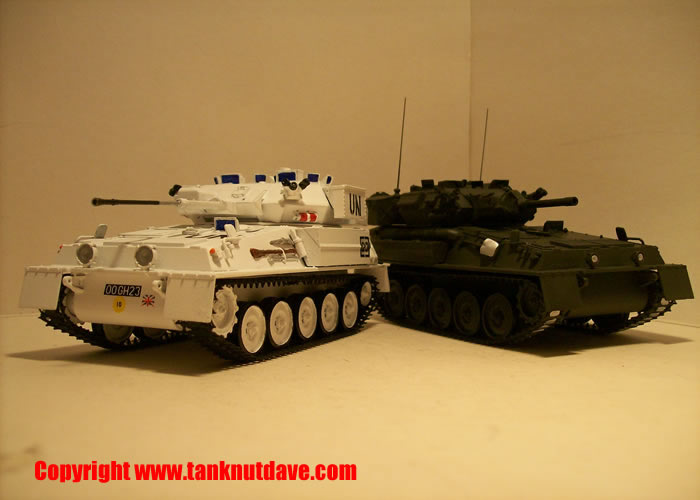 The really great thing about the instructions was the paint schemes. It had the choice of either Belgium or British UN, British NATO or desert. As I do not have a UN tank, I went with the British Army UN. 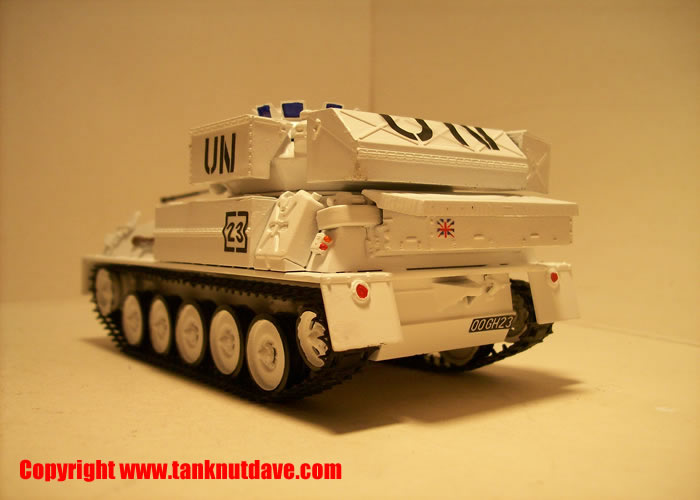 I airbrushed Tamiya XF-2 (white) on to the hull and turret. I used Revell enamel 752 (blue) for the sights, 30 & 31 for the lights, 8 matt black for the road wheels, Humbrol enamel 11 (metal) for the shovel and pickaxe and Tamiya XF-68 (NATO brown) for the handle. 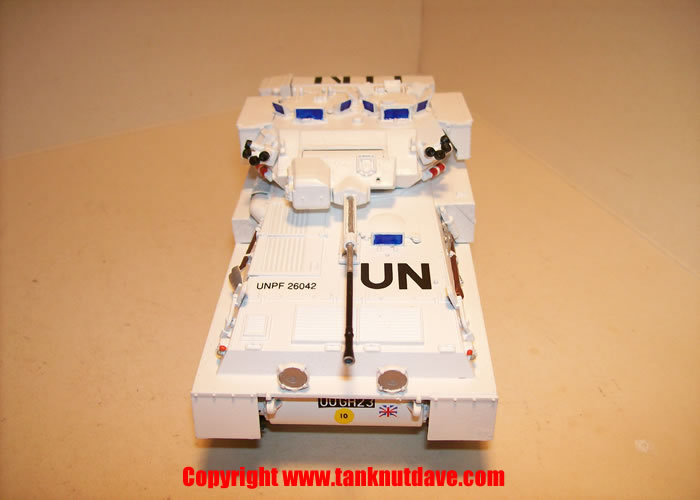 The other great thing about the instructions was that AFV club dont do their own paints, so they gave the colour codes for a number of different manufacturers such as Tamiya. 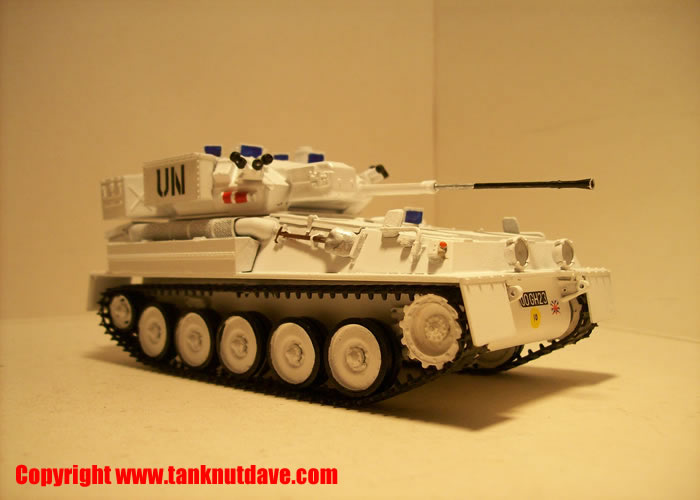 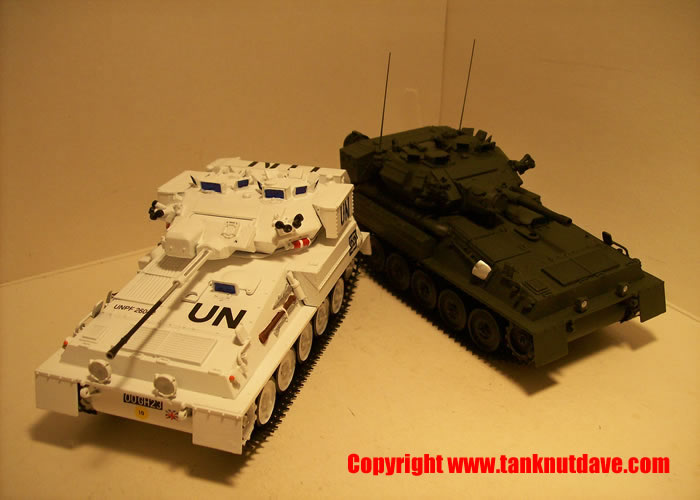