This was my first Dragon model kit. It has some great points and bad ones. Firstly I loved the transparent plastic for the windows. It wasn’t the normal thin dull pre-cut windows in other kits, it was a single thick sheet and really good quality, which I had to cut to size for the windows and looks great, because the glue didn’t smear everywhere like it does with other models thinner plastic. The other thing’s I love are the side mirrors. Its the first model I had where they weren’t tiny little things that snapped off if you blow on them!! (Slight exaggeration) they are a nice thick plastic and I even had to cut the transparent glass plastic for them, again another first.

The quality of the plastic was great. Building the cab unit was fairly easy and I got to build the inside, which is always a winner with me and it also has a couple of working parts.

I started getting stuck when it came to the construction of the tracks and the launcher. The tracks were plastic sections of varying sizes and following the instructions I found that the tracks were too short, but luckily further spare single-track bits were included and I’m happy with how they have turned out. 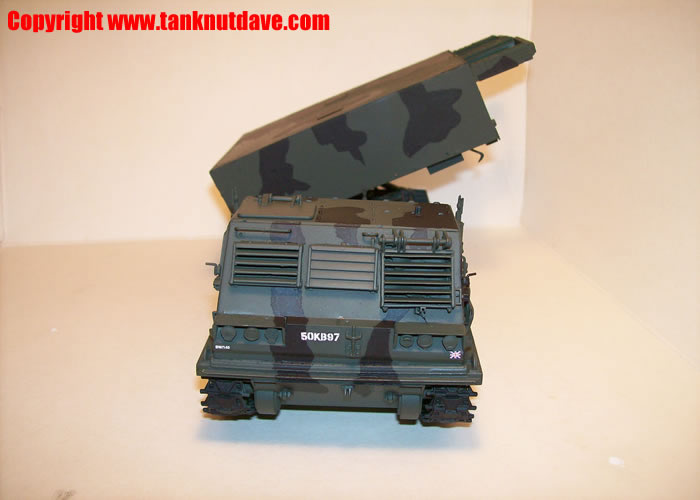 This was not the last problem I had with instructions. They did have a limited amount of information about the M240, the diagrams were big and bold, but did suffer from three major problems. Firstly the instructions did not say whether or not a part you were building was either left or right as in other manufacturers instructions, it would simply have a ( ) around the part number, which I had never seen before and the little picture keys at the beginning did not show what ( ) was. 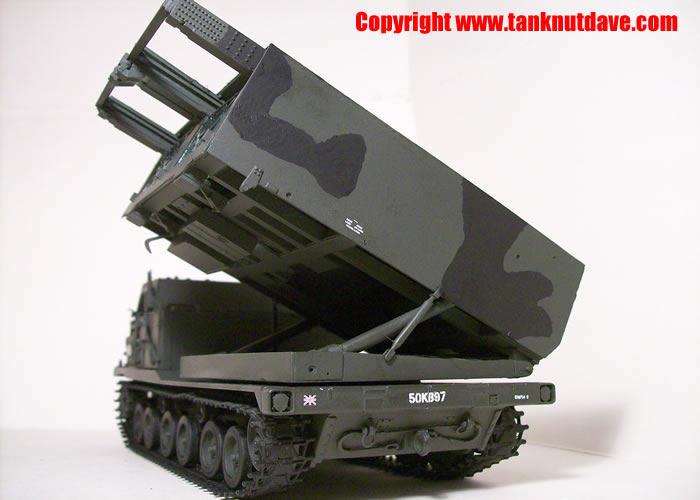 This led to me making a serious cock up at the end with the launcher. The two main frames that protruded from the front of the launcher known as loading booms, which extended outwards (not on the model) during the reloading process, had several ( ) in their construction, so when I came to pushing them in, they were too wide for the top and side panels to fit together along the joints. I ended up having to use a Stanley knife to cut some of the frames off further inside the launcher and then taped the edges together and left it over night to go off. As a result the left side panel and top panel joint of the launcher are not as well constructed as the others. 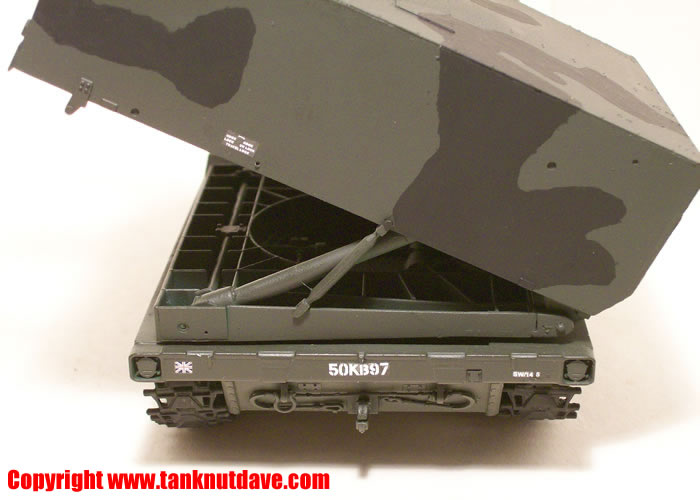 The second problem is that the instructions only said too put one of the rollers/pulley’s on each of the protruding frames. I only realised later on after finishing its construction and seeing further pictures of the real M240 that there should be two on each and I had chucked the kit away! 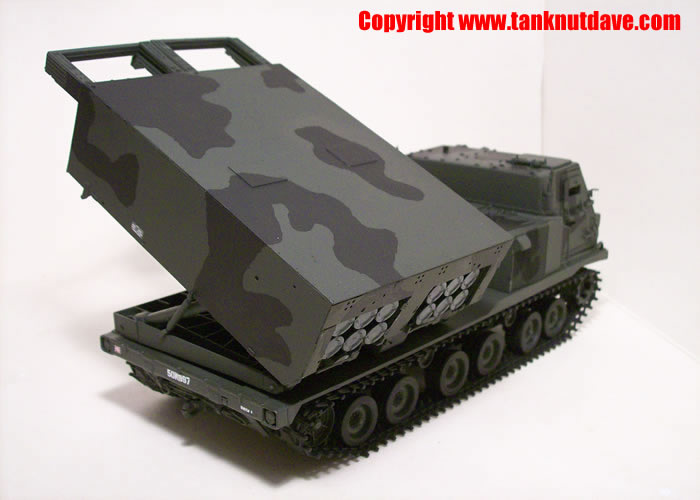 The Last problem was that some of the step by step diagrams would not display a part you had just assembled in the previous step, so it was hit and miss if you were gluing the right parts together. All in all it was a good and very testing model to build and I look forward to my next Dragon kit. 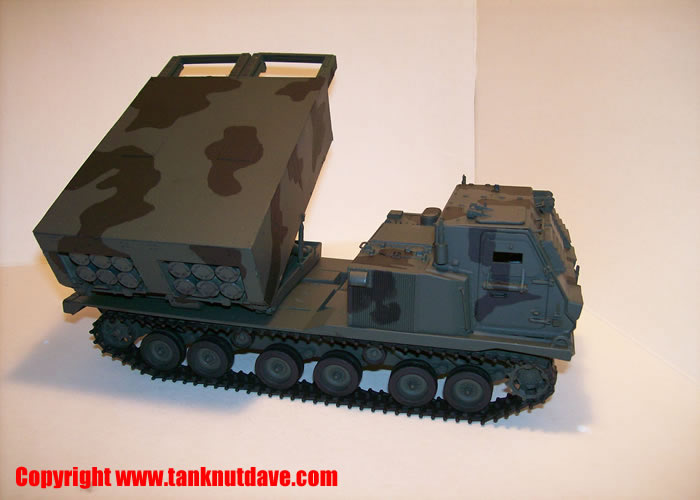 I used my Revell air compressor, spray gun and fine brushes, to paint this kit. I used as normal Tamiya Acrylic paints. I airbrushed on dark green (XF-61) on the hull and turret. Then using a fine brush, I painted on for the camo, black Humbrol Enamel (88) to get the flat look and I think it looks good. 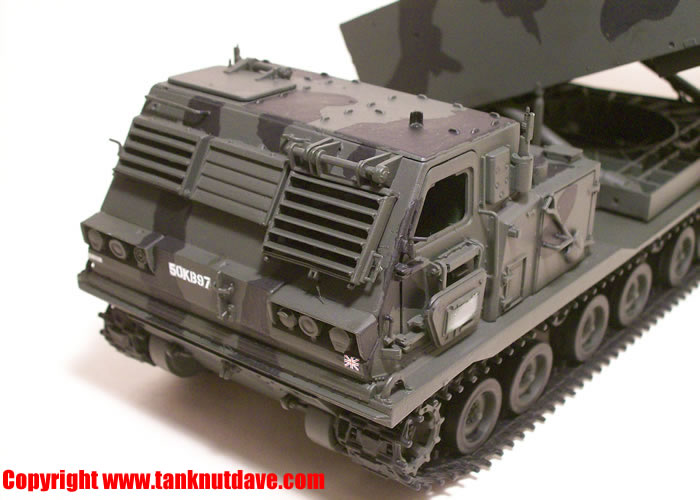