Review of the Revell Leopard 2 A6 model tank

Revell Leopard 2 A6 model tank cost me £19 and has some interesting features. It’s the first time I have ever had to make wadding gear and I can leave it on or off. It had the choice of making two different configurations of smoke dischargers.

L55 cannon looks great when comparing it to the L44 on my Leopard 2 A5 model, but sadly this cannon doesn’t move.

The only bit that I don’t like was the fact the tracks were in four bits, rather than one large rubber one. These too were rubber and I saw no point in why Revell would split them like that. 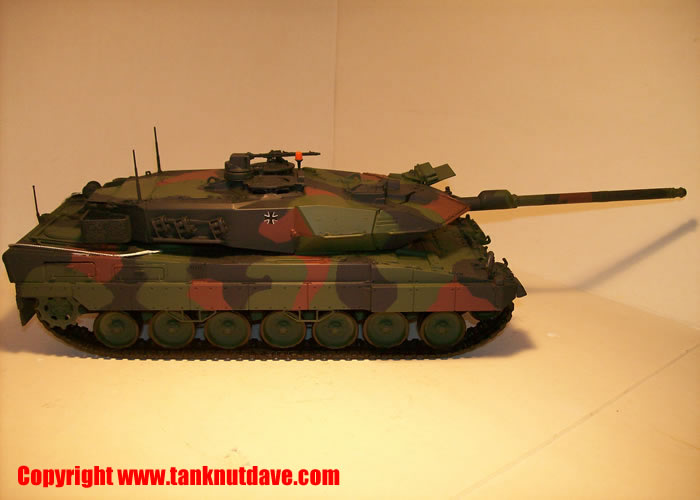 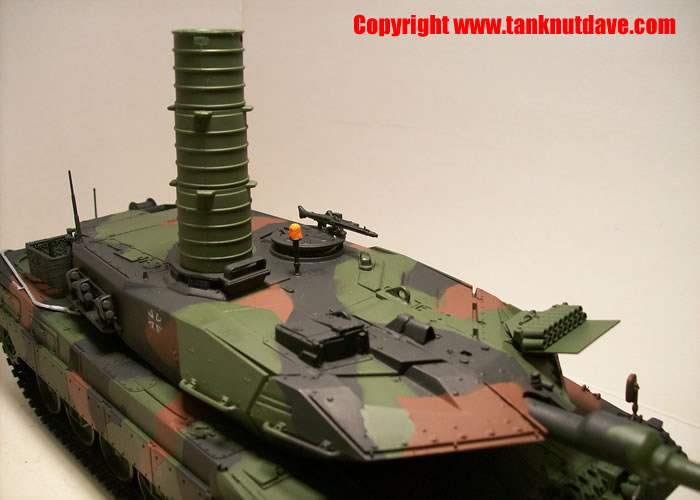 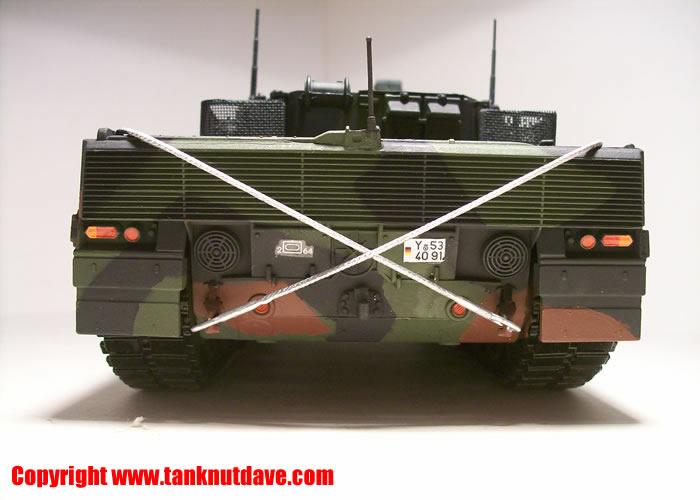 The decals went on with no trouble at all and I decided to leave the flags off. 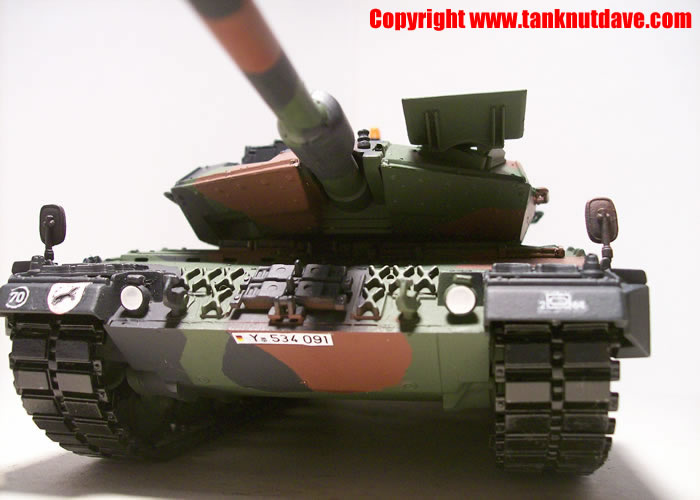 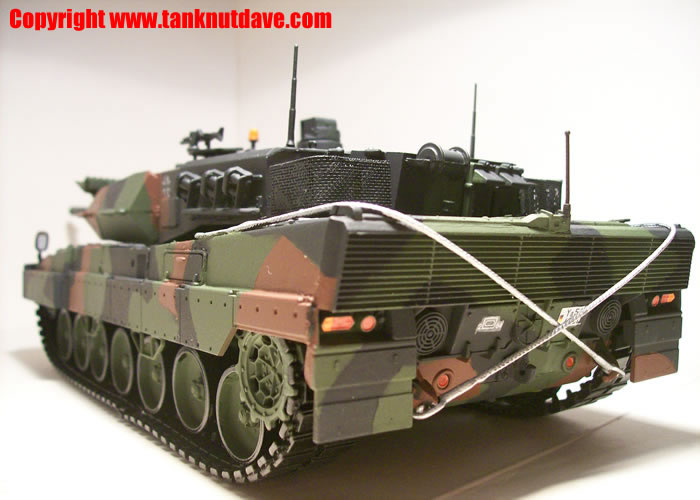 I used Revell 752 for the sights and Revell 31 & 30 for the lights. I also used Humbrol acrylic 11 for the towropes and muzzle. 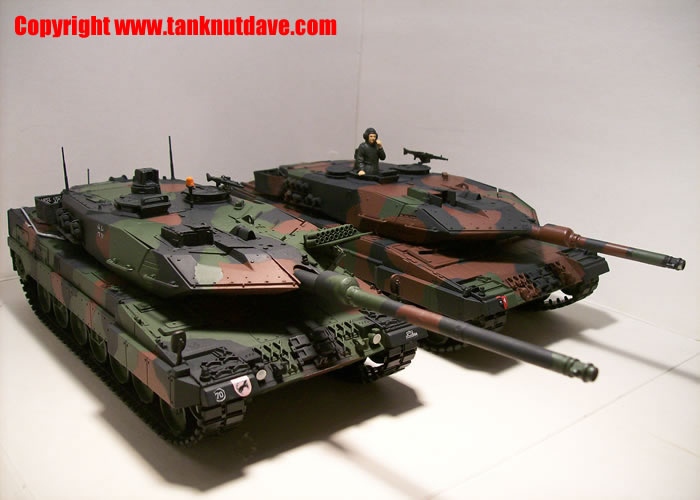