I found this Revell kit and my T-80 kit in a local toyshop and snapped them up at £15 each. I rather enjoyed building this model as it was the first I have ever had to build reactive armour (ERA-explosive reactive armour) onto. It came in several different shapes and sizes according to where it was to be attached to the model, for example the side armour is made up of 17 parts.

But diagrams in the manual were not all that well illustrated. For example the side arm showed it reaching from the front of the model (as it is in the below picture) up to the side vent at the rear end, but it didn’t in construction. But as there were several left over single pieces of armour, I extended the armour to the vent, so 23 parts were required in the end.

The rest of the construction was fairly simple, the tracks were made up of several pieces instead of one long rubber piece and went on very well. The tank only has one working part, which is the turret and sadly the main cannon cannot move. But I am pleased with the overall result and think it’s a great model for £15. 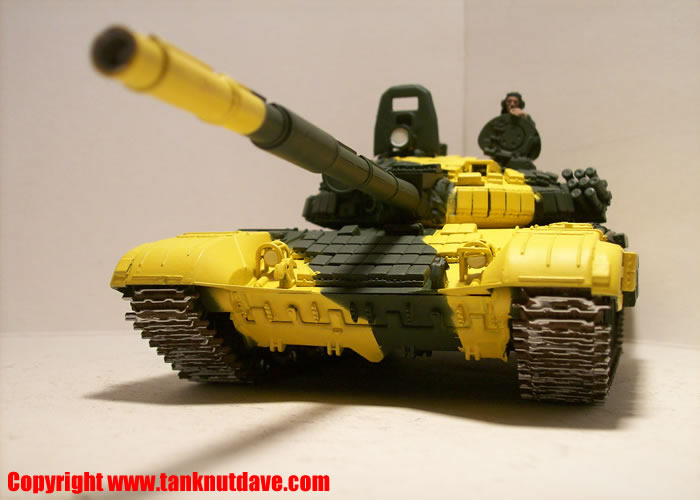 I air-brushed this model in October 2008 and wanted to do something different from the normal desert or traditional black and green paint scheme when I remembered that I had a picture of an Indian T-72, which was green and yellow. So I airbrushed it with Tamiya acrylic paints, XF-58 olive green as the base coat and then used XF-3 flat yellow. 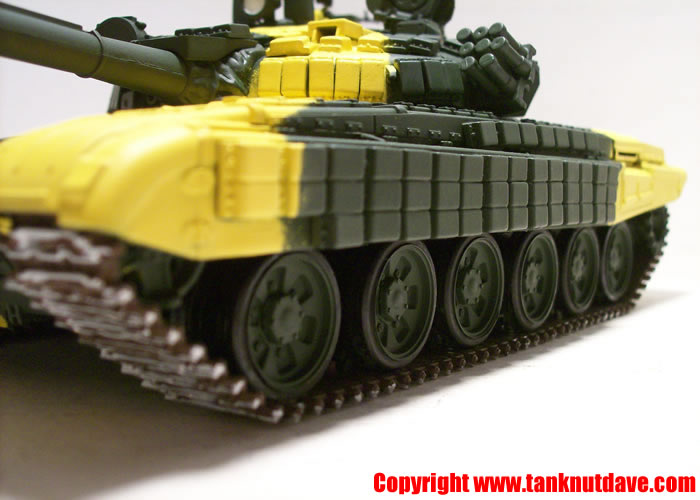 I left the crew mans uniform XF-58 but used Revell matt black (8) for his head gear and road wheels. I mixed a little Humbrol Enamel white satin (130) with XF-64 red brown to make the colour skin. I painted the tracks XF-64 red brown and as the tracks don’t have black rubber pads I then used Humbrol metal (11) on the treads so they looked like they had been worn down. 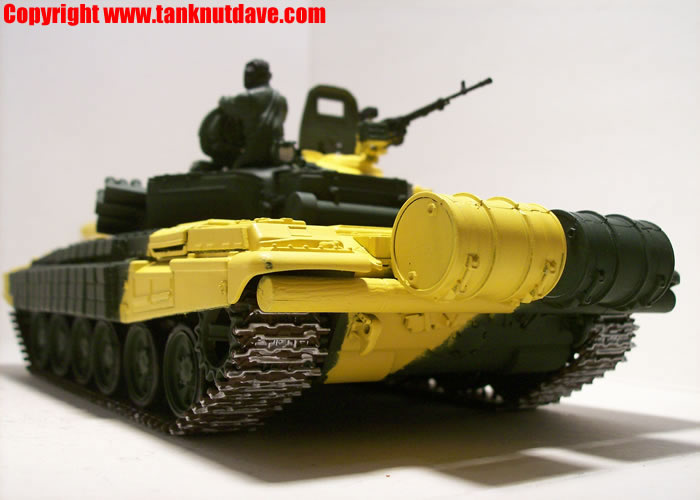 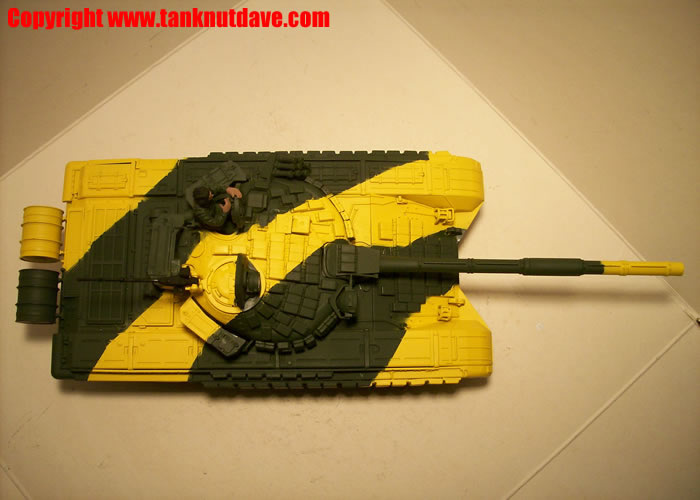 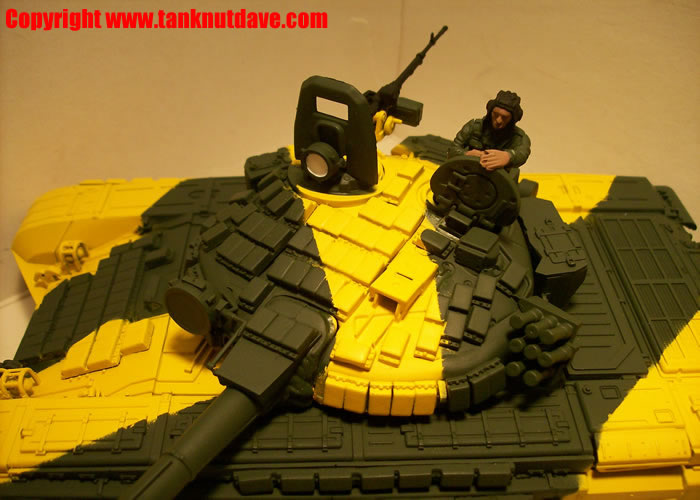 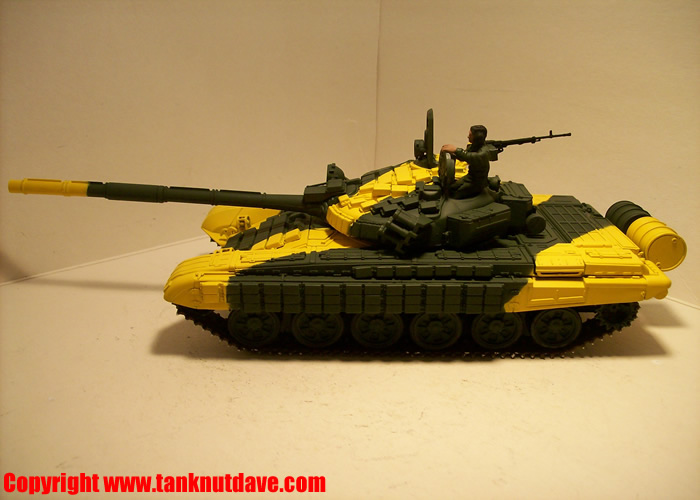