I bought this Revell kit at the same time as my T-72 and built it after my T-72. Though similar in construction as to the T-72 this model had a lot of problems compared to the T-72. Firstly the tracks were also made up of several parts and when I tried building them on the rear drive wheels I couldn’t get them on properly.

The next major problem was attaching the lower hull to the upper hull. I followed the instructions and cut away the thick parts of plastic on the inside of the upper hull on either side of the drivers hatch, but it was still not a good fit and after loosing patience with it I could only glue the front of both hulls together, as strangely the walls of the lower hull were not tall enough to glue to the upper hull and then pulled them together tight using Selotape and left it over night. 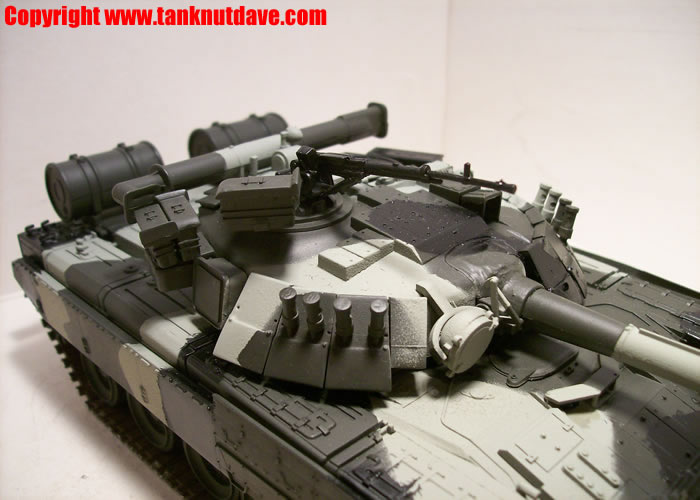 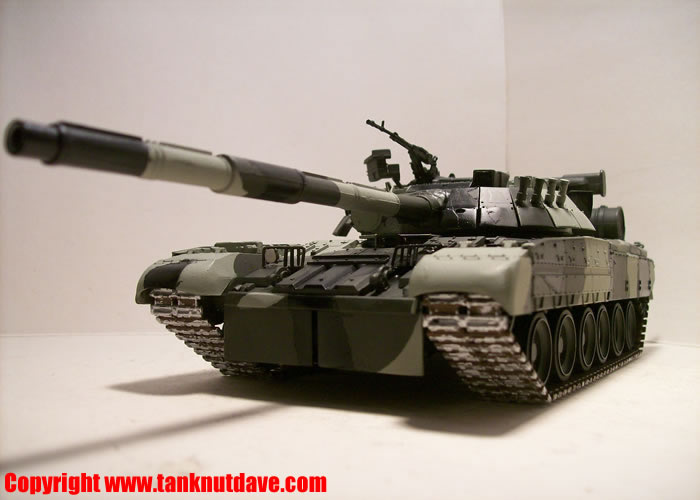 I made a mistake with the part that sits on above the two front skirts and glued it on vertically instead of horizontally because it wasn’t well illustrated enough in the instructions. 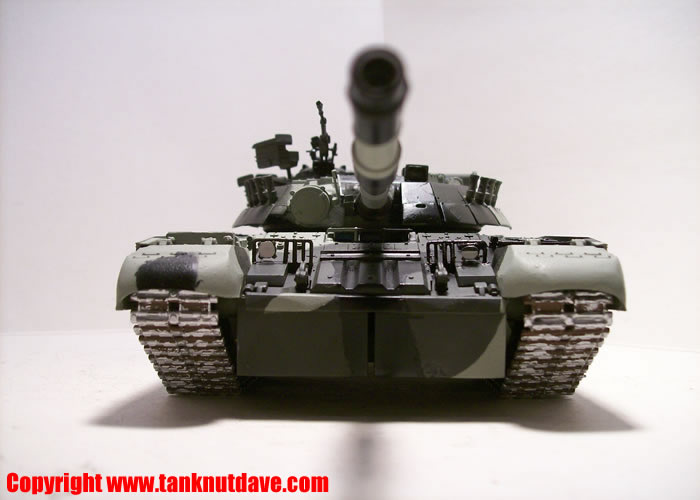 I air-brushed this model in October 2008. I airbrushed it with Tamiya acrylic paints, XF-61 dark green as the base coat, then XF-1 flat black and XF-20 medium grey, which I really like using. I painted the tracks XF-64 red brown and as the tracks don’t have black rubber pads I then used Humbrol metal (11) on the treads so they looked like they had been worn down. 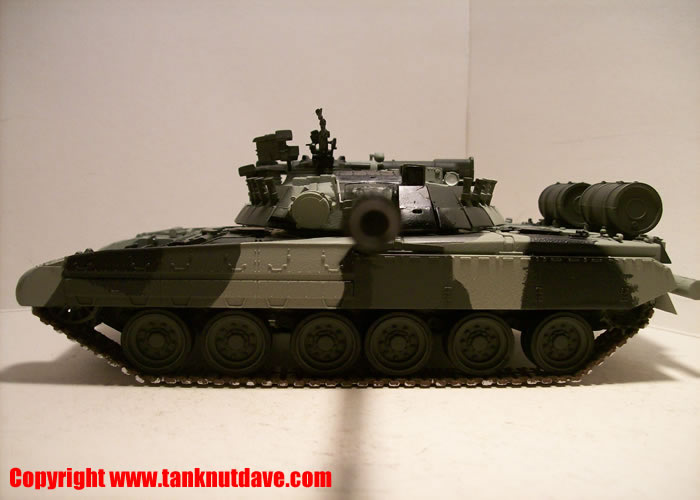 I used Revell matt black (8) for the road wheels. I brushed Revell enamel 752 (blue) on the sights and Humbrol Enamel white satin (130) for the lights. 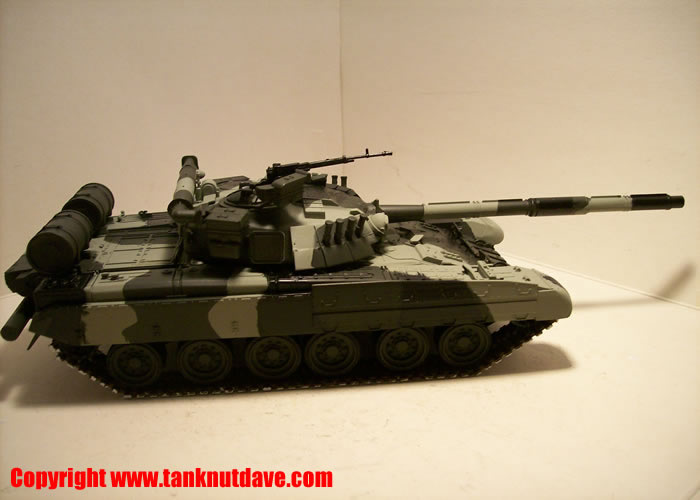 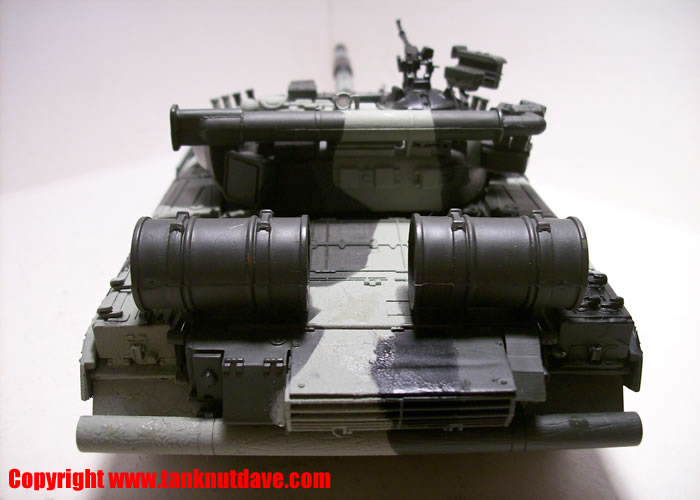