Thou Romania did manufacturer tanks, they were all based on the Russian T-55 & T-72 with modifications for the Romanian Armed Forces.

The first of the Romanian Tanks was the: TR-580 Tank

It was a modified T-55 tank hull (increased by length) to accommodate its larger more powerful 580 hp 12 cylinder diesel engine. The suspension was beefed with the a new torsion bar system and the T-55’s normal five road wheels were replaced with six smaller spoked ones.

The vehicle retained the T-55’s D-10 100mm rifled main gun, but was fitted with armoured new skirts and weighted over 39tons. The vehicle was purchased as T-55’s and modified and some were manufactured from scratch which was all done at the Brashov state arms factory. Entering service in 1982, its designation “580” comes from its hp and only 400 were manufactured/modified for the Romanian Armed Forces. It was an obsolete design even by Russian standards and especially those of the West. It is no longer in front line service.

The second of the Romanian Tanks is the: TR-85 Tank

This vehicle was again based on the T-55 but had a new locally manufactured enlarged turret, most likely done to fit the locally designed “Ciclop” FCS equipment. It consists of a cross-wind sensor and a locally manufactured copy of the Chinese Yangzhou laser rangefinder. However the increased space could not accommodate a larger main gun, so retained the same one used in the T-55 & TR-580. It has the German MTU 8 cylinder diesel generating 860hp, giving the vehicle, like the TR-580, a top road speed of 60kph but had an increased range by km of 310km. Again the hull needed modifications to accommodate the new engine. The same number of road wheels was maintained, but instead of spokes, were solid steel. Entering service in 1987, over 600 were manufactured for the Romanian Armed Forces. A further upgrade was the TR-80M, which had a new bustle added to the turret.

Despite having a number of T-72’s and their own variant (see below) the Romanian Armed Forces continue to insist using a medium battle tank with what is now the smallest cannon in NATO! (Romania joined in 2004) after its full modernization of equipment ended in late 2007, which included the TR-85 M1 upgrade, AKA Bizonul. The M1 has a new engine, an upgraded FCS called”Ciclop-M1″, a muzzle reference system and a thermal sleeve. It has a laser warning system to detect laser designators on ATM systems and is equipped with twelve smoke grenades. A new BM-412Sg APFSDS round has also been developed, however it is not as effective as other NATO’s 120mm APFSDS rounds in either range or penetration. The vehicle uses passive armour mounted around the turret and mounts a coaxial 7.62mm MG and a 12.7mm AKA .50 MG on the roof in the anti-aircraft role. Romania currently operates 259 TR-85’s and 56 TR-85M1.

The third of the Romanian Tanks is the: TR-125 Tank

Not breaking from tradition, Romania also developed there own version of the T-72 designated the TR-125. It had a number of key differences, but failed to enter full scale production due to the collapse of Communism & the USSR and its estimated that 3 to 5 prototypes were built by 1989. First of all it did not use an autoloader so had a four man crew. It was more heavily armoured than the T-72 (Composite armour 570 mm, T-72 500 mm) and had an overall better mobility. It was equipped with the 850-900 HP 8VSA3 diesel engine (T-72 V-12 diesel 780 hp). It also had improved suspension and 7 road wheels instead of the 6 on the T-72. It had a top road speed of 60 km/h and an operational range of 540km. It was equipped with a 125 mm A555 smoothbore main gun, hence its designation TR (Tanc Romanesc AKA Romanian Tank) 125.

The forth of the Romanian Tanks is the: TM-800 Tank 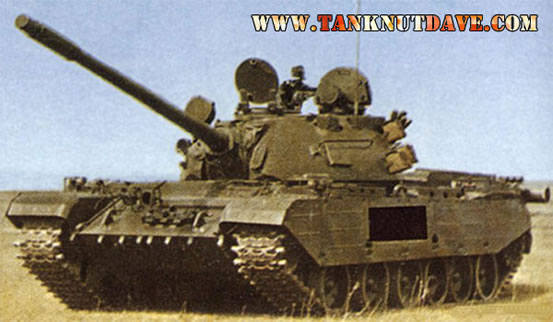 In short, this vehicle was the export model of the TR-580 and was ready for serial production in 1994, however failed to attract any sales. Equipped with a new laminate armour, its weight was 44.3 tons and was powered by a 830hp diesel engine, giving a top road speed of 60km/h. It retained the 100mm main gun and coaxial and roof MG’s, as well as a modern FCS.