I love the British Centurion MBT as it was a vehicle that made you proud to be British and I was really pleased to finally track down this Tamiya kit of it.

It was great fun to build and the kit was faultless, so it looks really good, as well being able to push & click the side armour plates/skirts in place with out having to glue them.

The only real challenging part was building the smoke grenade launchers mounted either side at the front of the turret. The turret moves as well as the main cannon. 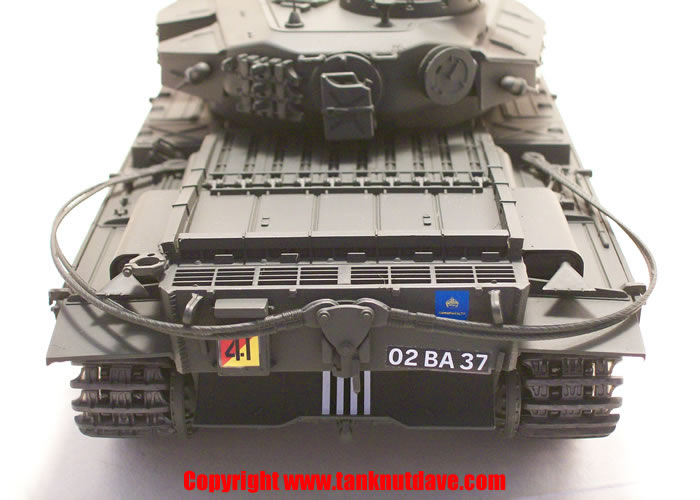 I painted this model in April 2008. I decided to do it the scheme as used by C Squadron, 1st Royal Tank Regiment, Commonwealth Division in the Korean War during 1953. 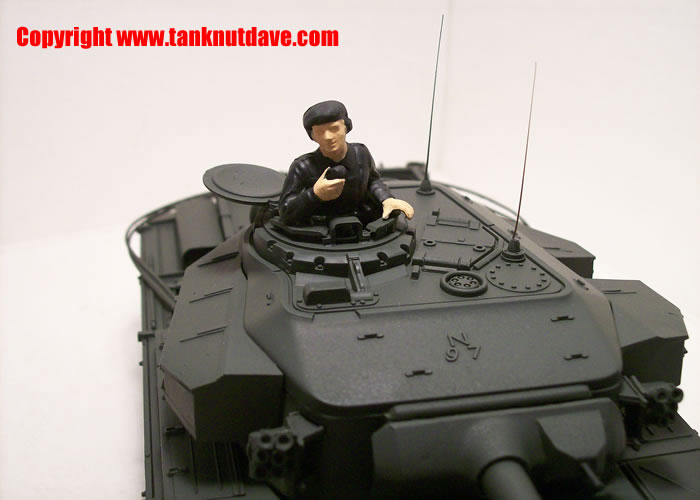 The crewman is painted all black, as this is the colour used by the tank regiments, rather than the colours used by the Guards and I used Humbrol Acrylic 61 for the skin colour. 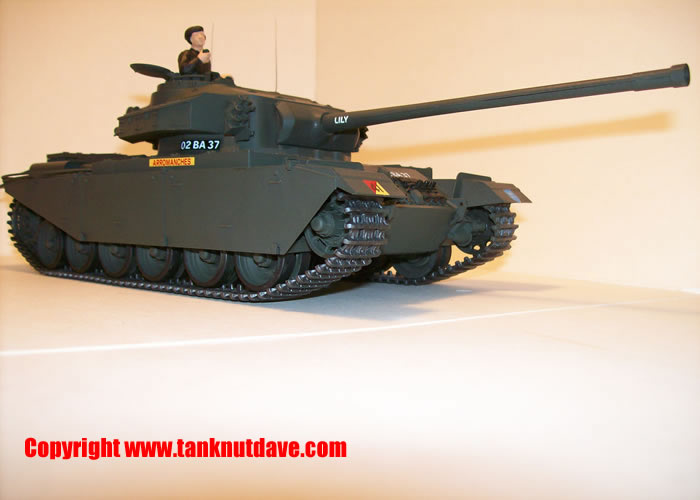 The tank is airbrushed with Tamiya Acrylic paint Dark Green (XF-61) and there is a lot of decal, with all schemes being from the Korean War. 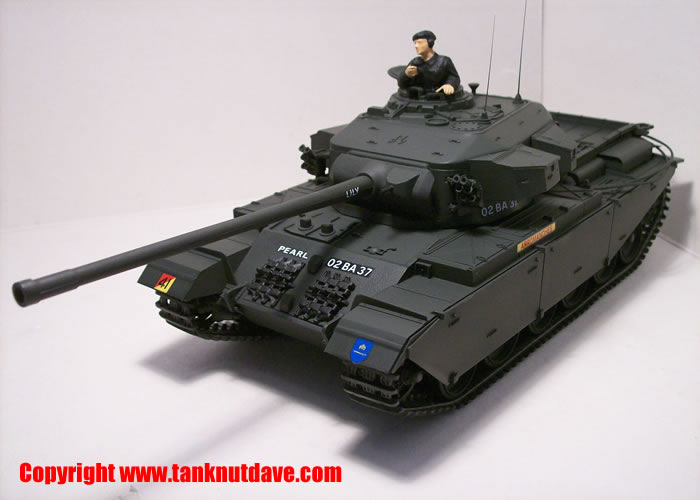 Each decal scheme had different names and serial numbers for the tank, as used by the various Squadrons & Brigades. 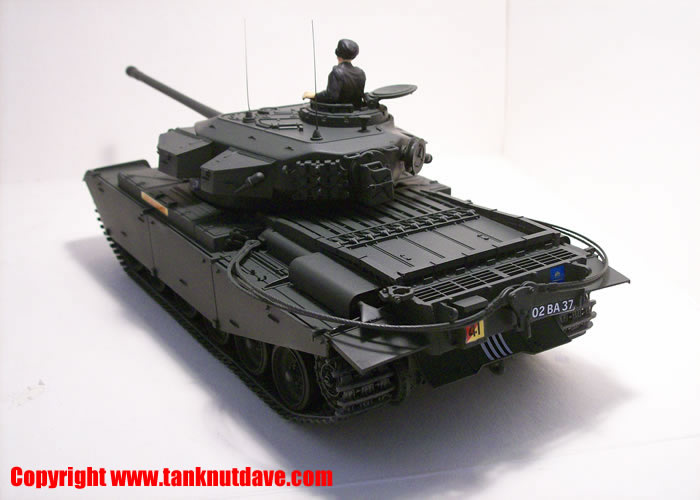 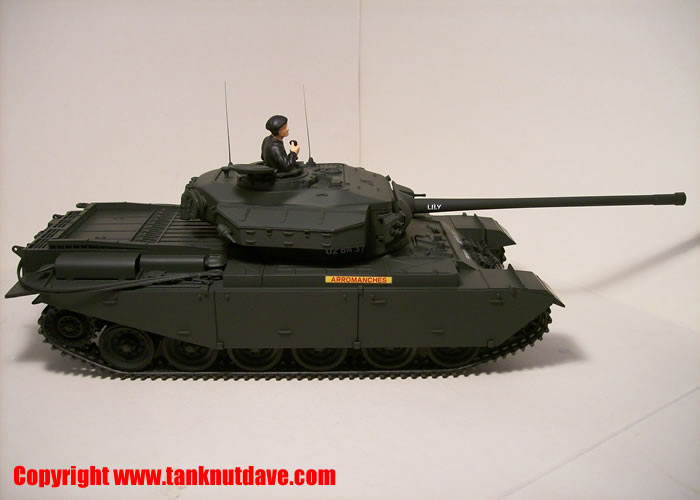