Apart from my German tanks, I’ve generally avoided buying pre & WWII tanks, simply because they are so basic and quick to build. However I saw this Tamiya kit at just under £20 and snapped it up. It was very easy and quick to build and I am pleased with the result. Everything, including the tracks fitted together like a dream and my only complaint was that the crew members were grey and not green. The turret, the main cannon and the front MG are moving parts.

To make up time for its short construction, Tamiya had included alt=”Tamiya Churchill model tank”for construction, several crewmembers to be positioned over the tank so that they were engaging with a French local, who is giving them milk from a little cart! But I didn’t want a street theatre with the model and choose to not build them, though it was a lovely touch. 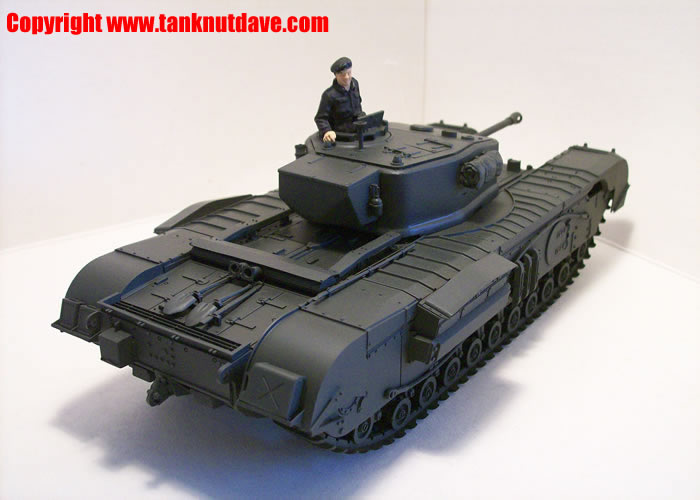 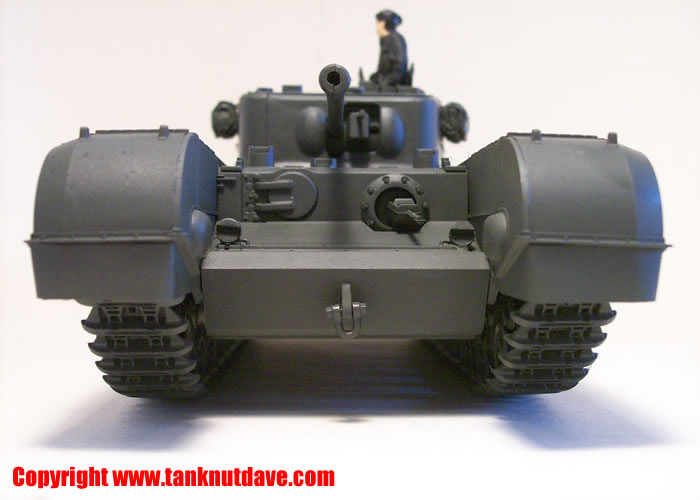 I painted this model in June 2008. I airbrushed Tamiya XF-61 (dark green) on to the hull and turret. I brushed Humbrol enamel matt 33 (black) on the crewman and used Humbrol acrylic 61 for the skin colour. 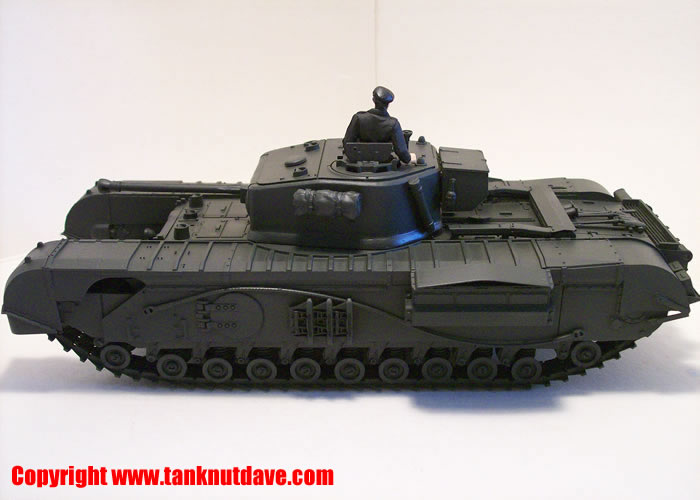 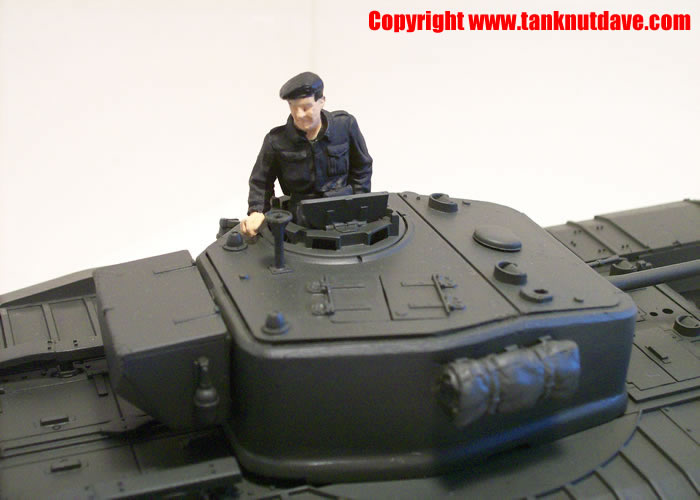 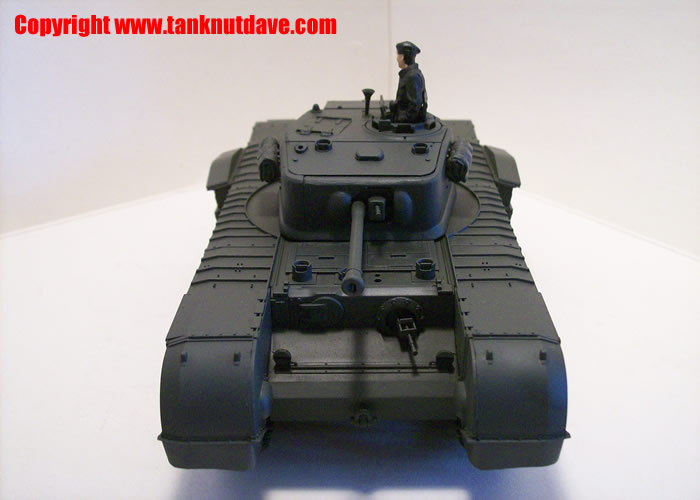