Review of the Tamiya Leopard 2 A5 model tank

This was a great Tamiya kit to build, and I especially love the way the armoured plating attached to the main cannon moves, when you move the cannon.

I also like the two storage racks at the rear of the turret, as I had to glue the mesh to the outside of them. 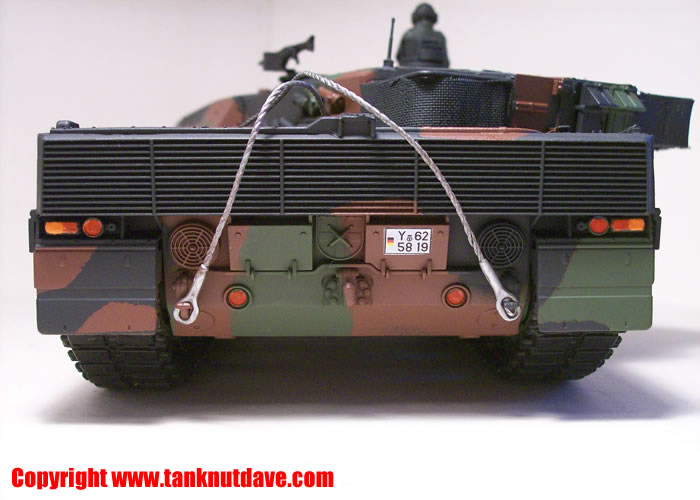 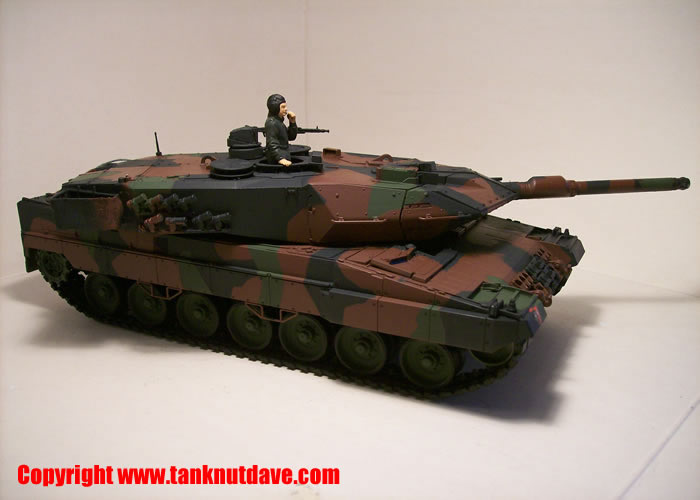 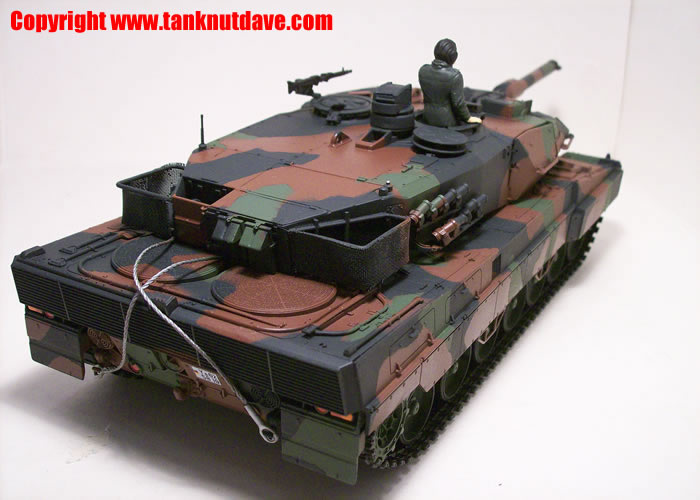 I also used Humbrol acrylic 61 for the commander’s skin, enamel 33 for the helmet and MG & 11 for the towropes and muzzle. 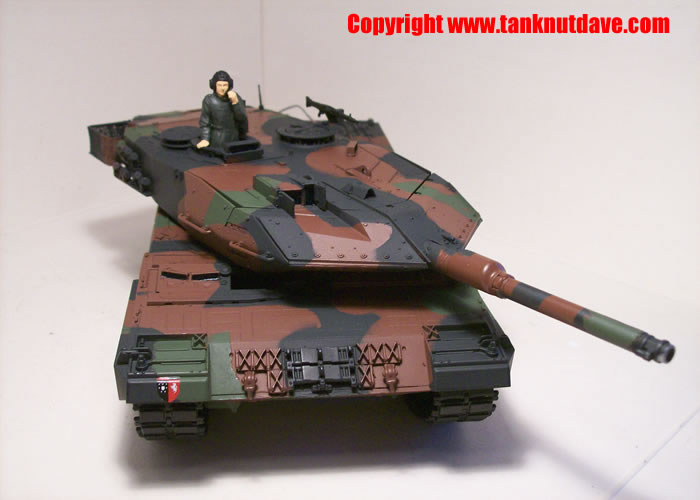 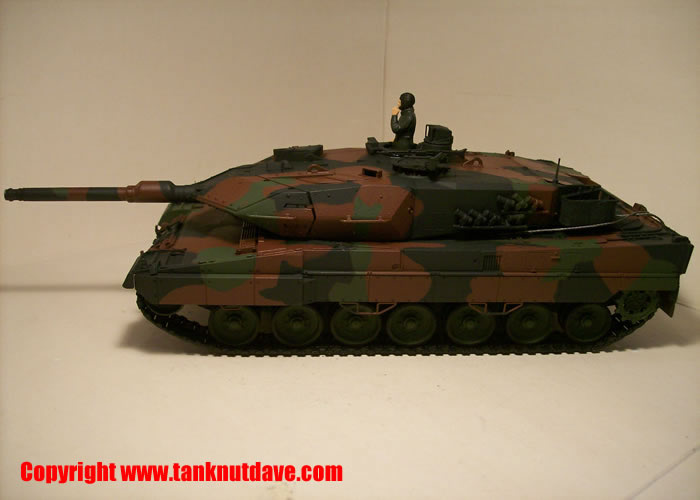 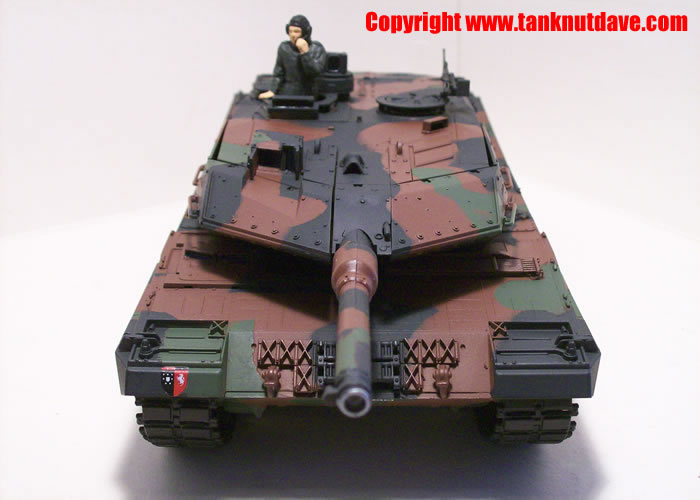