This is another good Tamiya kit and I find it to be very realistic.

I think the turret looks brilliant and the storage cages and crew on it look great.

The only real difficulty was with the tracks again and I had to glue one set of them to the wheels, as this was one of my earlier models, but I’m still pleased with how it turned out.

I Airbrushed it in May 2008. I no-longer had any of the decals from the original kit, but as I had just bought the M1-A2 model and it had various paint schemes and decals, I went with the 1st Infantry Division, (Mechanised) Kosovo 1999. 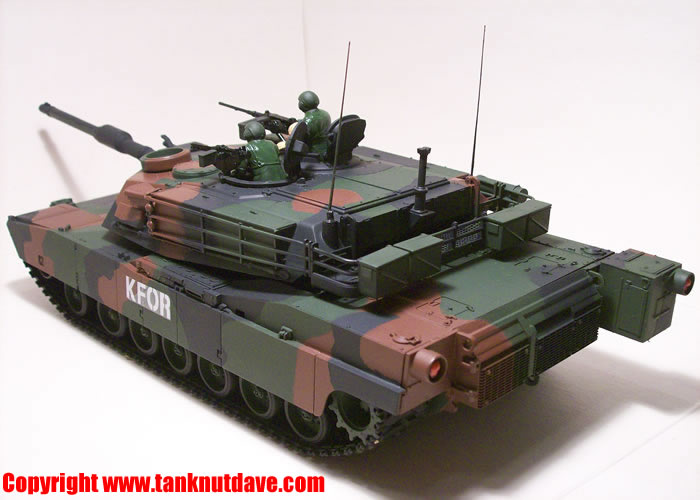 I used Tamiya acrylic XF-67 NATO green as the first coat (the instructions say to use XF-58 olive green). I then used Tamiya masking tape to mark out the second coat and I airbrushed XF-68 NATO brown in to the masked areas. 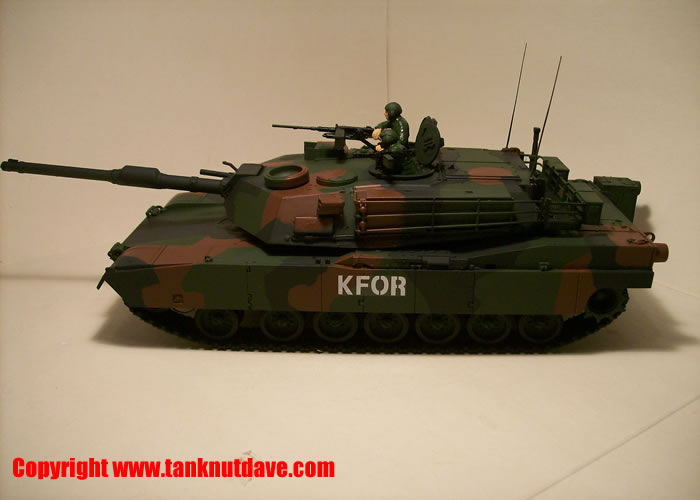 The final airbrushed coat was XF-69, NATO black. Again I masked out its area’s, but at the joints where it met with the NATO brown, I lay the tape 1mm or so on the brown so that when I airbrushed the black on and removed the masking tape, I had a nice neat line between the brown and black with no green showing in it. 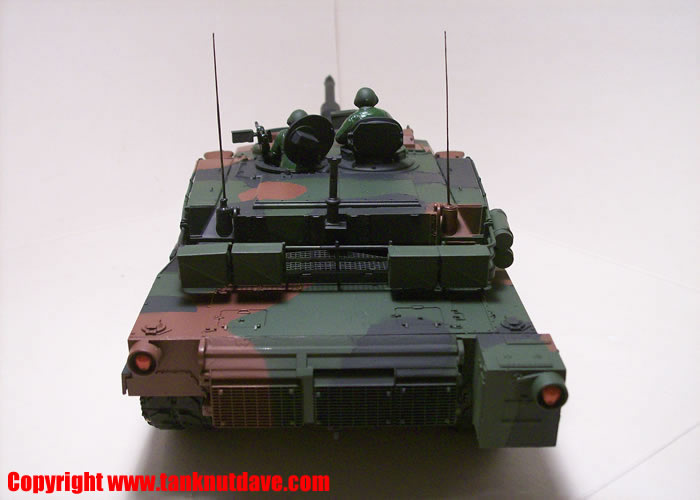 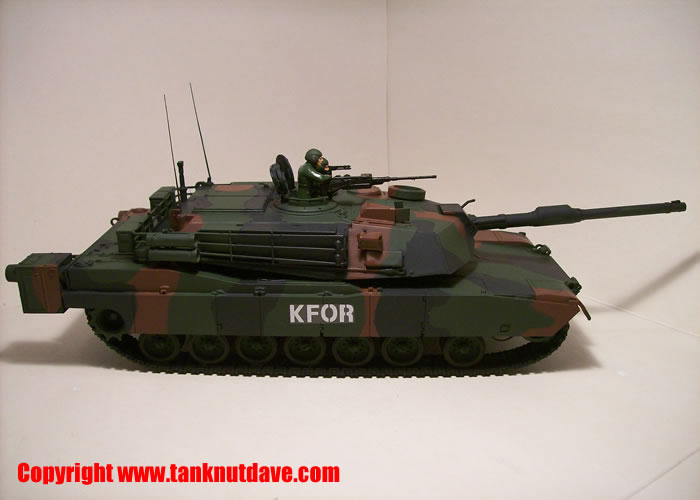