This Tamiya kit was extremely good value for money. It cost me about twenty pounds, but it was not only the price that was appealing, it was also building the inside compartment, which I had never down before. It was great fun to build, especially having the added bonus of the inside to make as well.

The instructions were clear and well laid out giving me options to build things a different way, for example, building the TOW system, and having it in the firing position or on the move position. I did have trouble with one of the tracks not joining together correctly, so I simply glued it to the wheels!

I love all the working parts on this model. The turret and the main gun move, the hatch on the top behind the turret, which is used by the soldiers to reload the TOW also opens. But the cool working part is the rear main door that is the exit for the soldiers, I keep it permanently open and turned around on my display so you can see the insides. 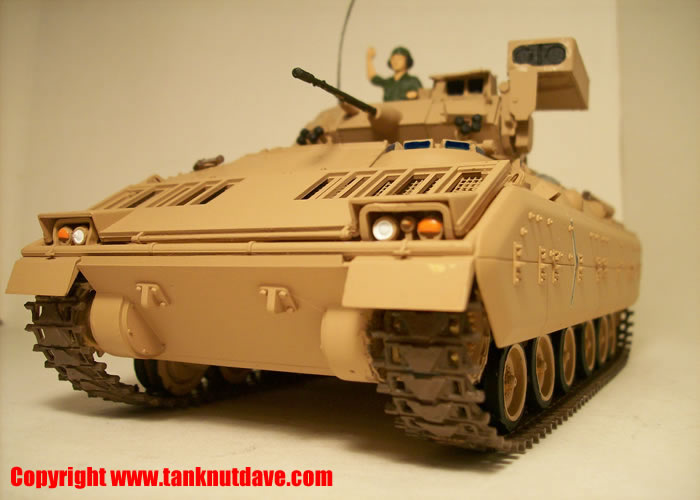 I painted this model in July 2008. I airbrushed the hull turret with Tamiya Desert Yellow (XF-59). I used Humbrol acrylic black (#33) for the road wheels and main gun etc, and Tamiya Red Brown (XF-64) for the tracks and handles on the tools. I also used the normal Revell enamel 30, 31 & 752 for the indicators and sights. Tamiya NATO Green (XF-67) and Humbrol acrylic #61 for the crewman. I also used Humbrol enamel #11 metal for the tools. I mixed up some left over Tamiya NATO Green and Humbrol enamel white (#130) to make the light peppermint green for the inside crew compartment, which I airbrushed. 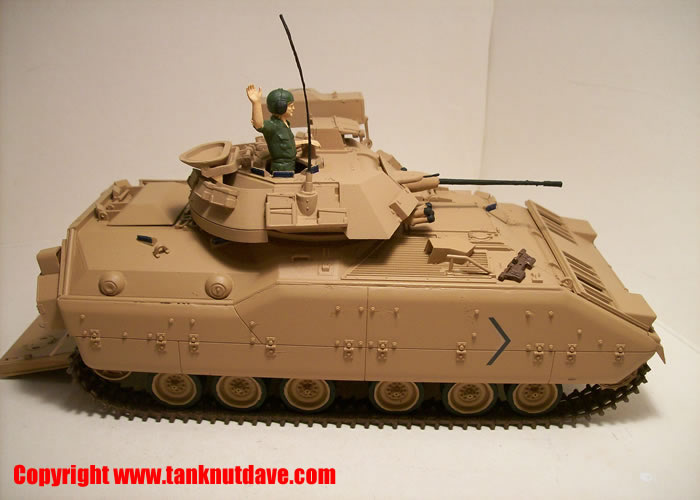 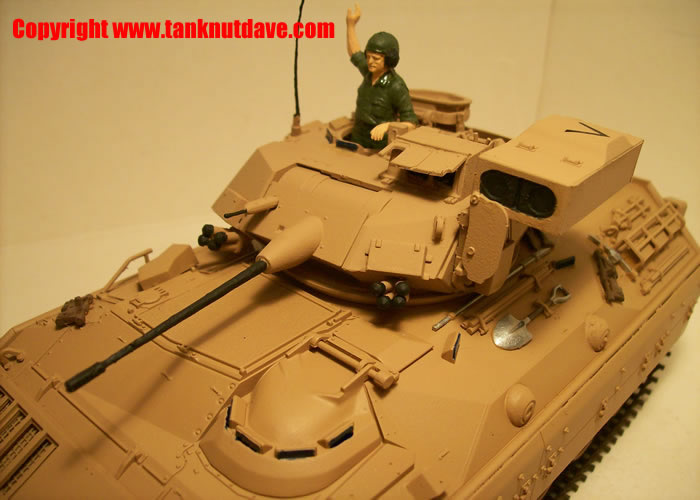 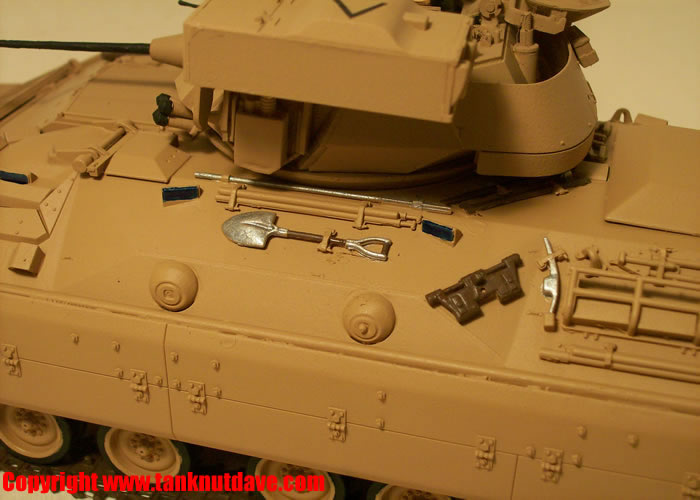 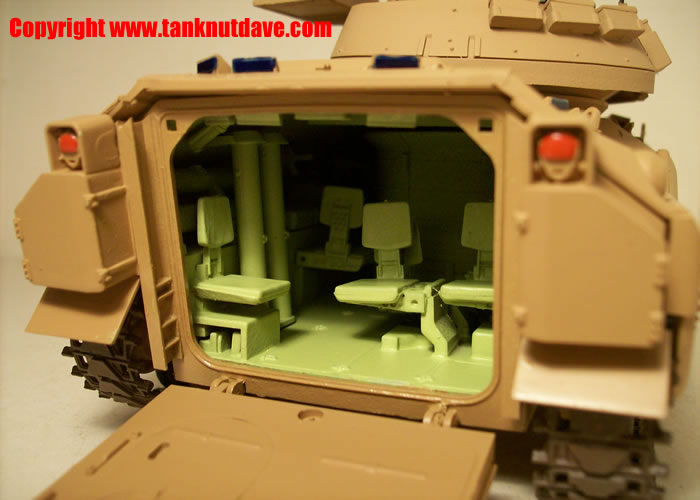