This Tamiya kit has to be the most expensive I have bought and I was really looking forward to building it, but it turned out to be a complete let down. Firstly I had to pay a lot of attention to cut the spur’s left on the wheels from the kit frame, as there is no skirts or side armour to hide them. The plastic seemed strange and it proved near on impossible to remove excess glue. I had the usual issue with the tracks and had to staple them.

But the biggest criticism of the kit was the instructions. The kit allowed you to choose five different versions. It did not make this fact clearly in the instructions, just very small English ‘type A, B, C, D, E’ so I put the wrong configuration of handles on, as well as the wrong cupola’s, commanders hatch’s etc before I realised what I had done, so was extremely angry. 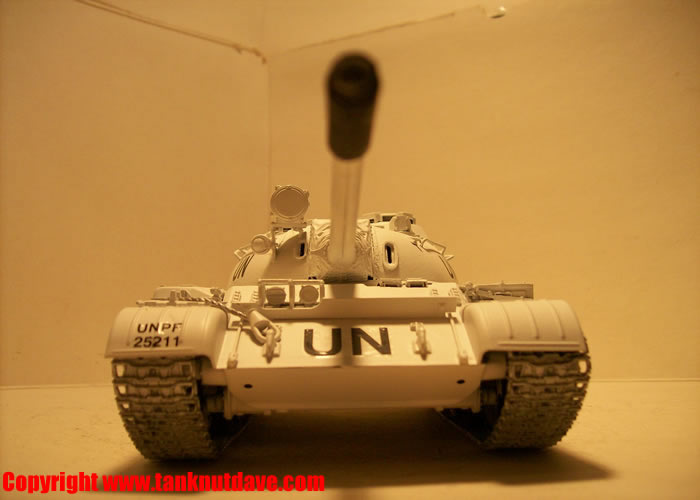 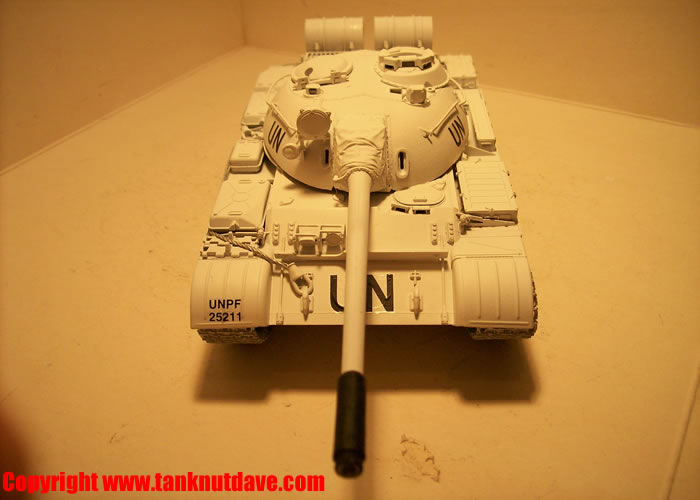 The other cock up I made was in the turret assembly. Being so annoyed with the poor instructions, I was preoccupied and glued the bottom plate in upside down and the glue went off before I realised what I had done, so ended up gluing the turret to the hull and it does not move! 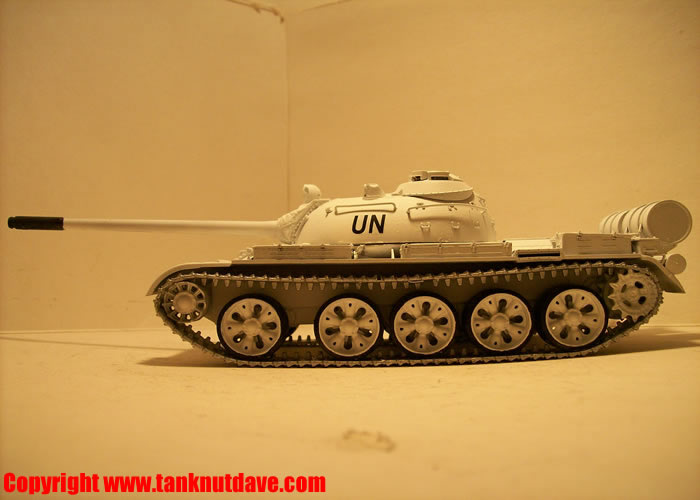 I air-brushed this model in October 2008. I airbrushed it with Tamiya acrylic paint XF-2 flat white to do a UN theme as I had a number of UN decals left over from other vehicles. I painted the tracks Humbrol metal (11) as they don’t have black rubber pads, so they looked like they had been worn down and used Revell matt black (8) for the road wheels and cannon muzzle. 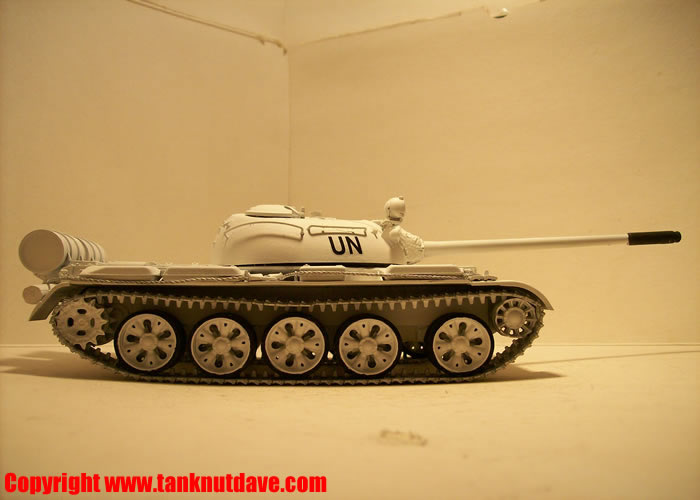 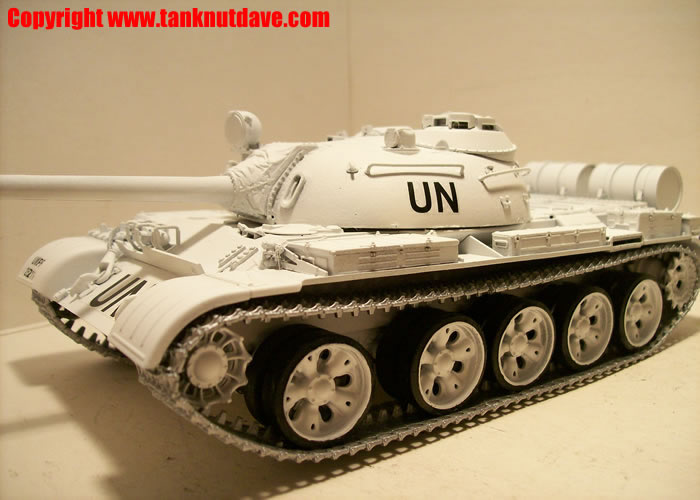 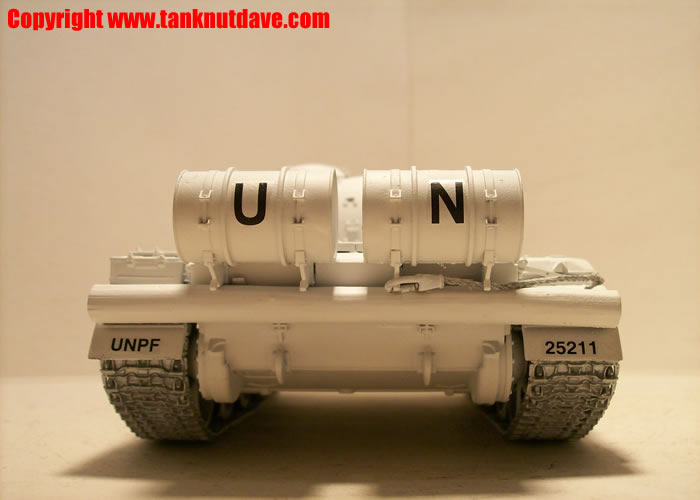