The American M109 A6 Paladin 1:35 Scale SPG by Revell is was one of my earlier models and I had no construction issues with it.

The paint job per the instructions was for Green / Brown / Black camo scheme for units based in Germany and also had KFOR (Kosovo) decals. I decided to paint the model in Tamiya acrylic paint XF-59 desert yellow as it did serve in the 2003 Invasion of Iraq. 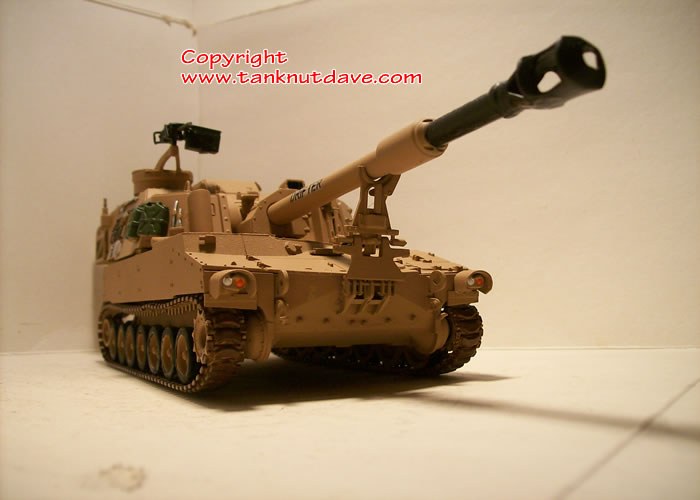 The vehicle has a number of working parts such as the elevation of the main gun and traversing the turret a full 360 degree’s. 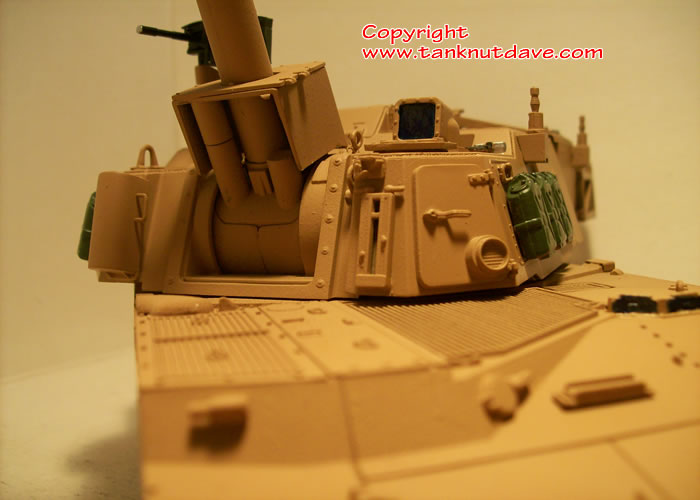 The two baskets can be mounted in different locations on the turret, either side or rear according to camo scheme. 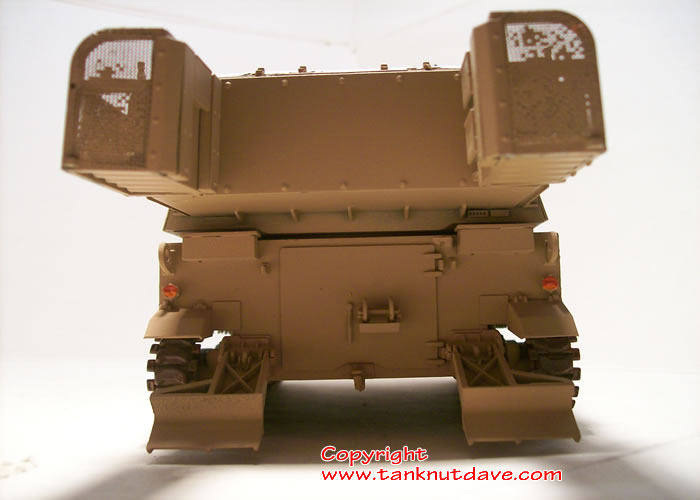 The decal saying “Drifter” mounted on either side of the main gun is not from this kit, but is one left over from my M551 Sheridan kit by Academy. The kit however does come with some similar type of decals to mount on the main gun. 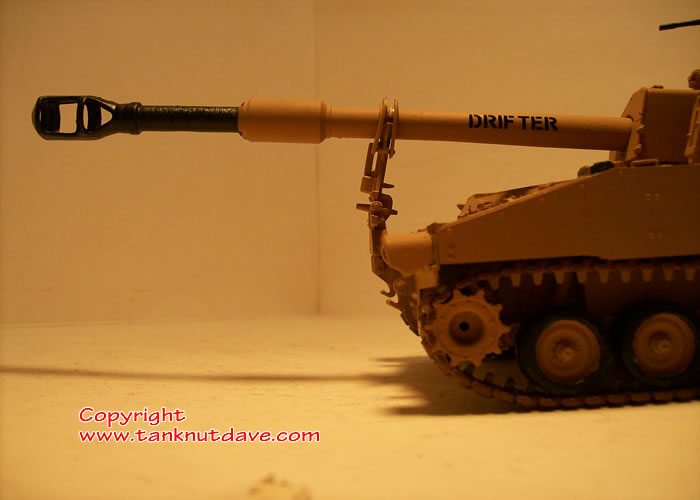 The hand grenade launcher and its mount can also traverse on the commanders cupola. 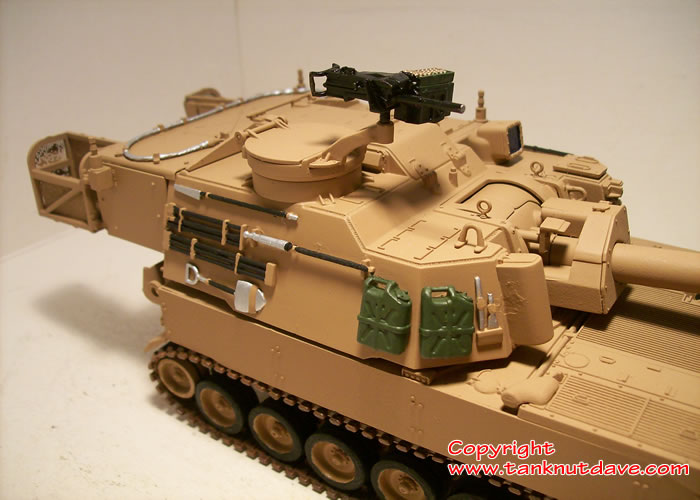 The two stabilization arms at the rear of the hull can be lifted up and down. 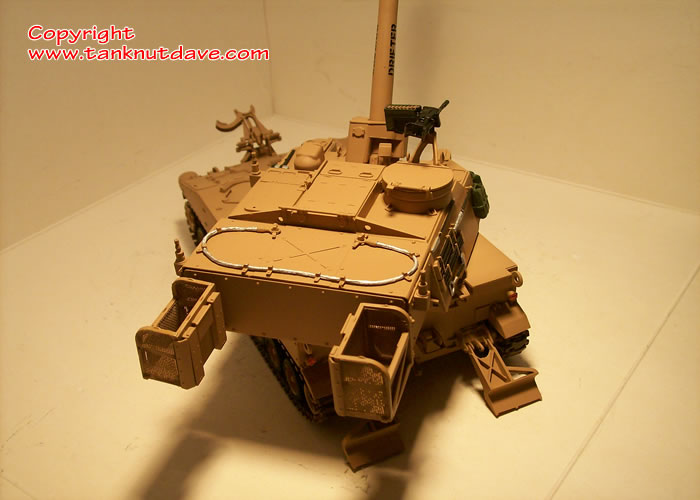 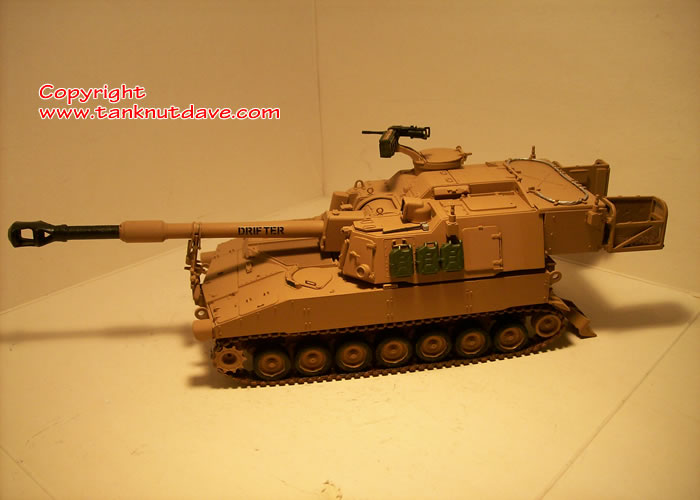 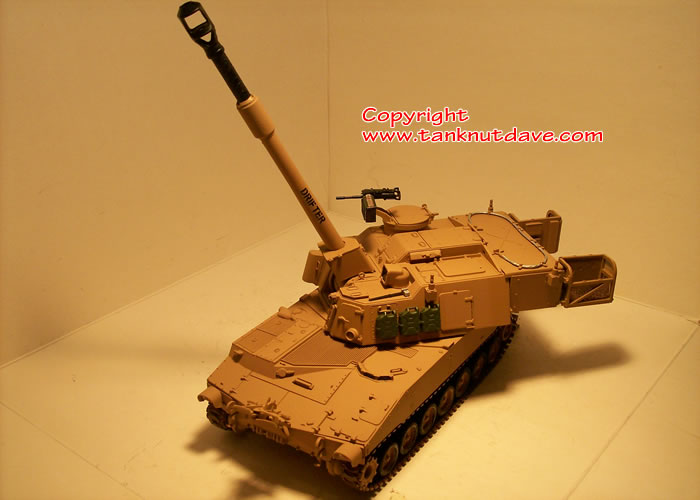 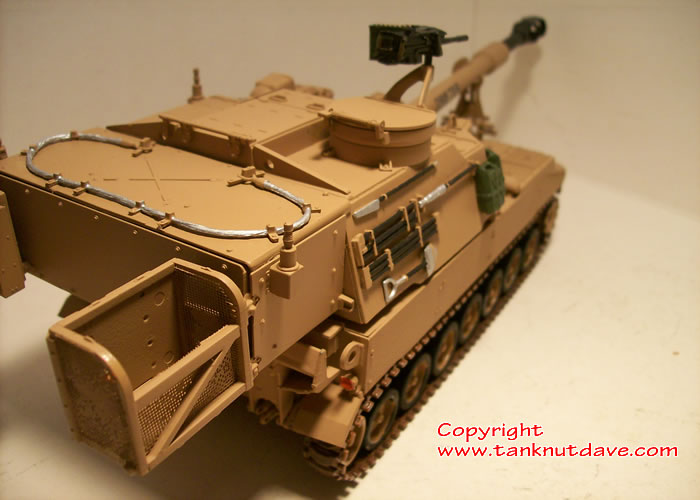 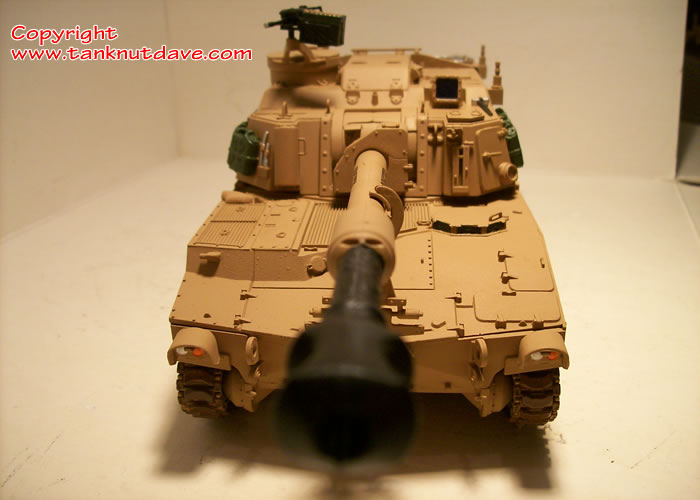 The travelling brace for the main gun, which is mounted on the front of the hull has two working parts so that the gun on the model can be locked in it. 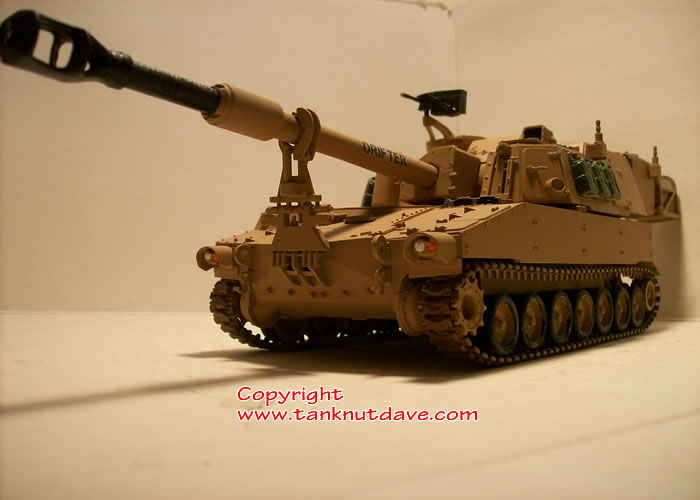