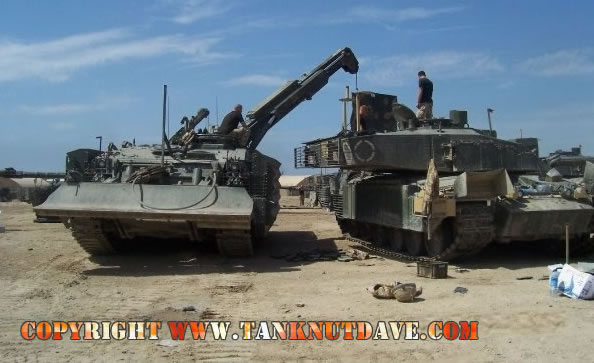 The British CRARRV aka Challenger Armoured Repair and Recovery Vehicle is built on a Challenger 1 chassis and was developed in the 1980’s to rcover damaged Challenger 1 Tanks. The vehicle has remained in British Army service since the introduction of the Challenger 2 and is operated by the Royal Electrical and Mechanical Engineers aka REME.

The British Army has 75 in service since the late 80’s. It has been deployed with both the Challenger 1 and Challenger 2 in several wars including the 91 Gulf War, 2003 Iraq War and during Operation Moshtarak in Afghanistan during Feburary 2010 in counter Taliban operations where is was staitioned in a Danish base.

Oman received 4 as they operate the Challenger 1 Main Battle Tank.