The Chinese Type 63 & Type 85 APC were China’s first true indigenousness designs (The Type 85 was the upgraded Type 63), which did not rely on technical aid from Russia. Development was completed in 1963 and it entered service with the Peoples Liberation Army in 1964. The original batches had some technical issues which were ironed out in later years. The vehicle has been successfully exported and still remains in service with the PLA. 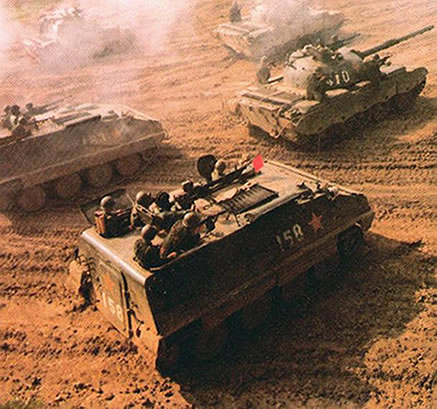 AKA the YW531H, the vehicle is an improved version of the Type 63 APC. Its bigger, has additional firing ports and periscopes, a longer chassis with an additional road wheel on each side and is equipped with an NBC protection system.

The Type 85 series was developed in 1985, exclusively for the export market. The Royal Thai Armed Forces who received their first vehicles in 1987 have been the largest importer.