Israel was due to purchase the new British Chieftain and whilst waiting for development to finish the IDF purchased second hand Mk3 & Mk5 Centurion’s in 1958 and with the typical determination and skill, the IDF Ordnance Corps set to adapting them to their local requirements.

The Israeli Defence Force Sho’t engine is an American diesel engine AVDS-1790 and added a new automatic transmission so that their spares were compatible with other IDF adapted tanks like the American produced M4 Sherman’s. This doubled their operational range. The biggest notable visual difference between a Sho’t & Centurion is the raised rear deck above the engine on the Sho’t.

The main cannon was up-graded to the L7 105mm and ERA was also added in the late 70’s/early 80’s, as was a fire-control system.

It went on to fight in the Yom Kippur War of 1973 and operation Peace For Galilee in southern Lebanon in 1982 and remained their until the IDF evacuation in 1985 and was used in active service in local conflicts well into the 1990’s. The Centurion was also seen in the conflict of South Lebanon in 2006 as a turret less APC, but many are for sale from the IDF after the introduction of the successful IDF designed and manufactured Merkava MBT. 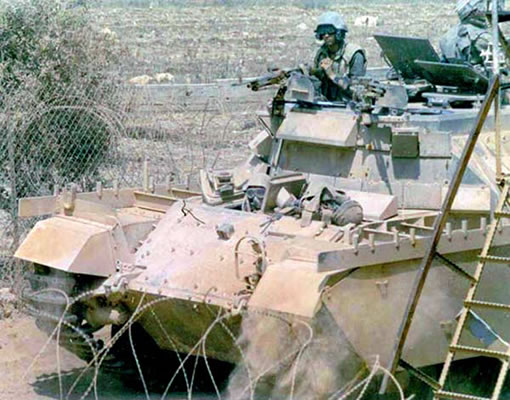 The Nagma Sho’t was the first of the Sho’t converted APC’s. It was not as a successful due to the troops having to exit through the roof hatches. 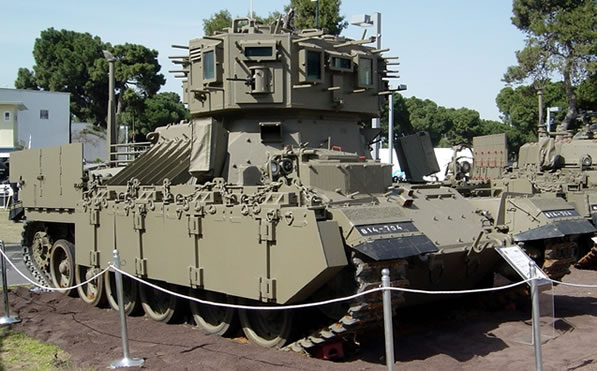 Nagmachon is a heavily armoured armoured personnel carrier fielded by the Israel Defence Forces. The Nagmachon evolved from the NagmaSho’t APC, which in turn was based on Centurion Sho’t hulls from the 1970s and 1980s. The vehicle carries thick belly armour designed to withstand mine-blasts and mountings on the front hull for various engineering devices such as mine plows, mine rollers and dozer blades. In addition to its belly armour and the relatively heavy armour of the Centurion hull, the Nagmachon also carries explosive reactive armour to counter HEAT rounds, such as rocket propelled grenades.

Early Nagmachons were equipped with three armoured shields to give soldiers firing the mounted FN general purpose machine guns some degree of protection from small arms fire. Later Nagmachons were fitted a distinctive raised superstructure, sometimes referred to as a ‘doghouse’. The raised superstructure and increased mine protection have made the Nagmachon an ideal platform for counter-insurgency and urban operations, seeing much use in the al-Aqsa Intifada within the occupied territories and southern Lebanon in 2006. It is often used as an engineering vehicle and a carrier for sappers, although its main role has been to carry infantry. 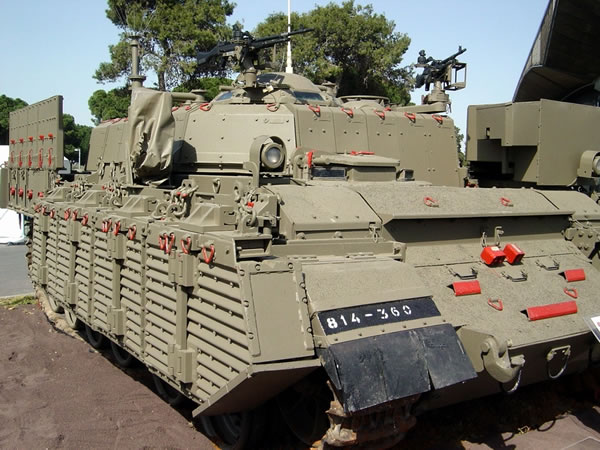 Nakpadon or Nikpadon is an Israeli heavy armored personal carrier (HAPC) based on the Centurion-derived Nagmashot. It was introduced during the late 1990s and served in southern Lebanon before IDF withdrawal in 2000. Later, it served on the border between Israel and Lebanon.

A number of improvements were implemented over the Nagmashot including 3rd generation reactive armor, “EKE” side skirt design with rear skirts that can be either raised or lowered. Its main weapon consist of 4 FN MAG GPMGs with a 40mm grenade launcher.

The Puma (Hebrew: פומ”ה פורץ מכשולים הנדסי) is a heavily armored Combat Engineering Vehicle and armored personnel carrier that the Engineering Corps of the Israeli Defence Forces has used since the early 1990s. The vehicle can carry a crew of to eight. The 50-ton vehicle has a speed is 45 kilometers an hour.

The Puma uses the hull of the Sho’t, which in itself is a modified British Centurion tank.

Some Pumas are equipped with the Carpet mine-clearing system. This consists of 20 rockets that the crew can fire singly or all together. The rockets contain a fuel air explosive warhead that spreads a cloud of fuel fumes that then detonates. The overpressure from the explosion detonates most mines. The Puma then advances behind a set of rollers that detonate any mines the fuel-air explosion did not get. There is also electronic equipment for detonating roadside bombs or jamming detonation signals.

Armament consists of three 7.62 mm FN MAG machine guns, including one in a remote turret that the crew can control from within the cabin by a Rafael Overhead Weapons Station (OWS). The vehicle also has a 60mm mortar and two launchers for smoke grenades. 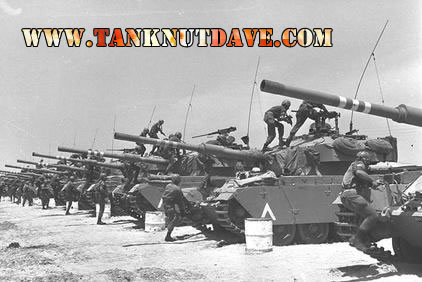