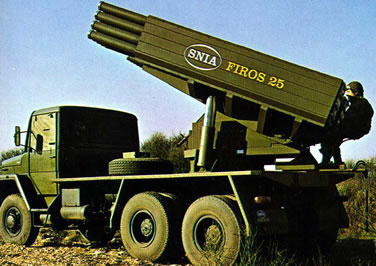 Development of this version was completed in 1981 and was exported to the United Arab Emirates and two further nations. 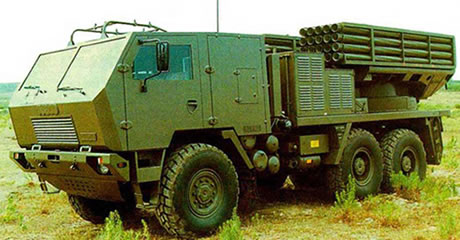 Development of this version was completed in 1987 and entered service with the Italian. Its status is not clear as the Italian Army now operate the highly capable US M270 MLRS.

Similarities in both systems –

Both systems use a hydraulically traversable launcher containing two pods. Each pod contains x20 launching tubes. The pods are replaced with full ones during the reload process.

Both variants of the FIROS are based on Iveco 6×6 heavy utility trucks. 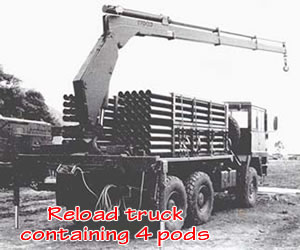 There are four types of conventional warhead, all provided with nose-mounted Point-Detonating (PD) fuses:

Sub-munition warheads are the same for both FIROS 25 and FIROS 30. Three types are available, all with electronic time fuses containing a safe/arming device and all weighing 32 kg. The APM warhead contains 22 APM-66 Anti-Personnel Mines (APMs); it is understood that this warhead is no longer available.

Differences in both systems –

The FIROS 25 rockets has a double-base solid propellant and Maximum range of fire of 25 km.

the FIROS 30 rockets use a slightly heavier composite propellant which burns for a longer period giving a greater range of fire is 34 km.

The FIROS 30 uses an armoured cab.