The Japanese Type 90 1:35 Scale model tank by Tamiya was of good quality, straight forward, had crewman and moveable working parts.

My favourite part of the model is the mine rollers. As you can see from the pictures, they are totally removable. The rollers are attached and suspended to the arms via chains which you have to cut to size. The arms are attached to the hull via 4 (2 per arm) latch’s on the lower plate of the glacis and two hasp’s on the top of the glacis. Whilst the paint dried on these parts I made sure to move them a few times so the paint didn’t dry the parts solid. 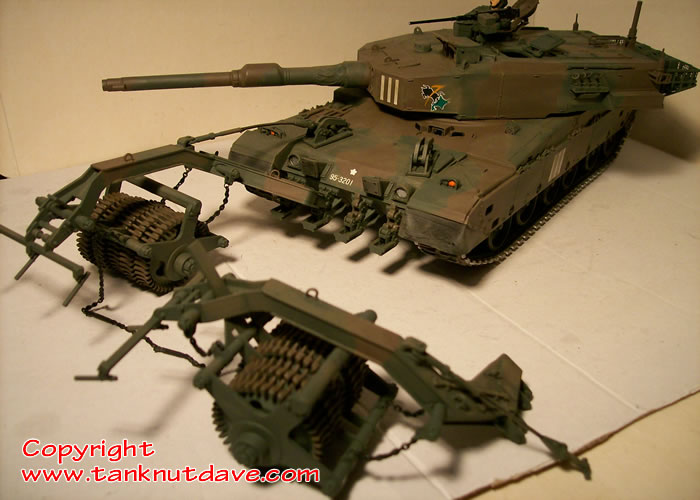 This was the first Tamiya kit I have ever done where Tamiya asked for different paints to be mixed, which was for the brown (this was 1x XF-49 1x XF-51 and 1x XF-64 jars) however the resulting colour did not match the colour on the box, but after checking several pictures of the real vehicle the resulting colour was correct, it was just the colouring on the drawing of the box cover that wasn’t! 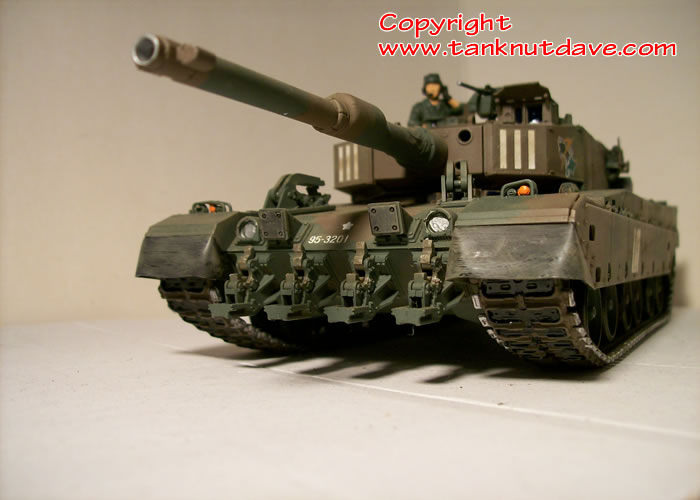 I weathered the kit using Tamiya Weatherine Master A, which contained sand, light sand and mud. 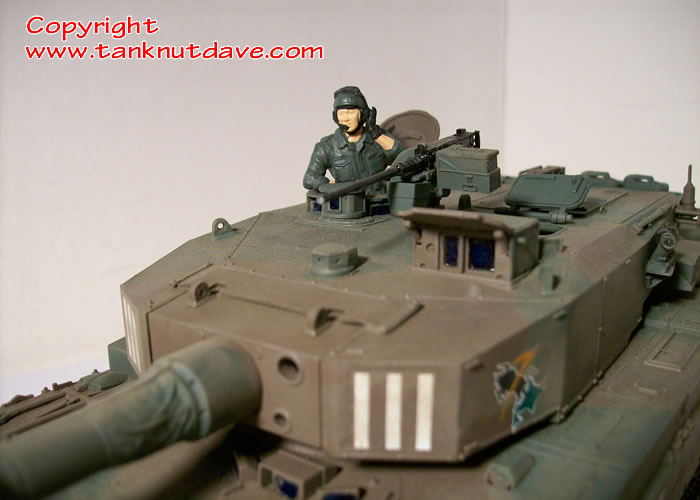 Crew – Tamiya XF-65 (his uniform had a camo scheme I decided not to do) / goggles Revell 752 blue / gloves and straps Humbrol enamel 33 matt black / Skin colour Humbrol Acrylic 61. There was a second crewman for the loader hence his hatch being open, but his arm set wrong over night so I left him out. 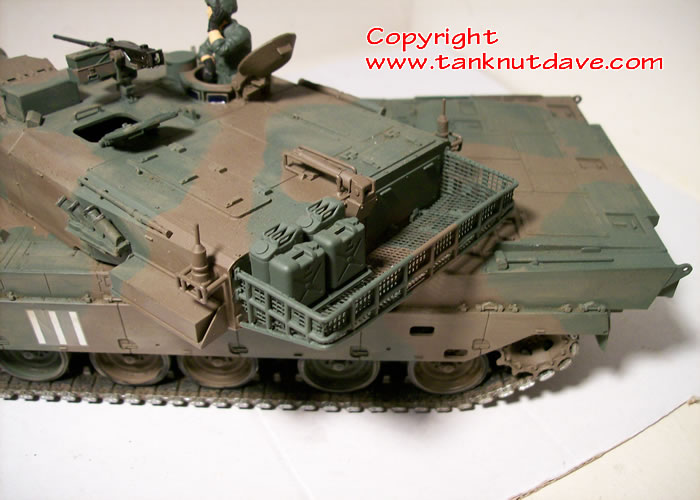 The rear basket was fun to build. The netting was in one sheet and as normal I cut the sections from the instructions and then cut the netting to match the sections as they were 1:1 scale. 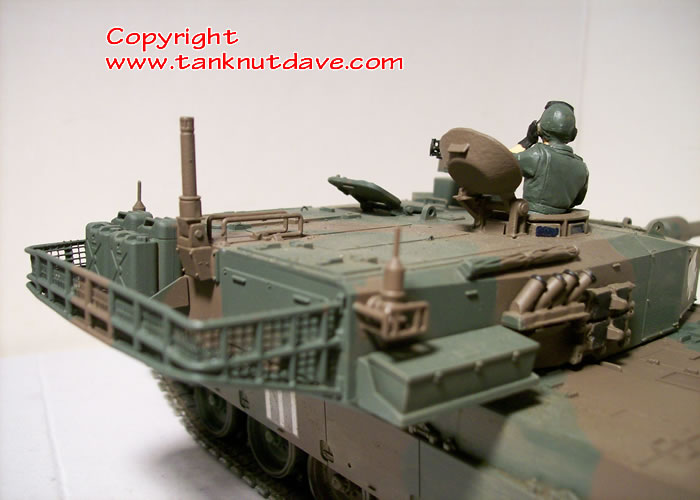 Another working part is the wind sensor for the FCS, located at the rear of the turret, it can be moved in to a up right or lying down position. 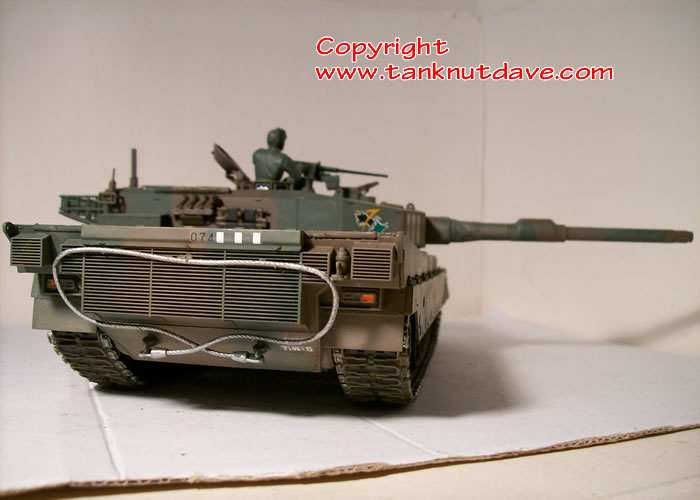 I used Revell orange 30 for the rear signal lights / For the Machine Gun I used Humbrol enamel 33 matt black as the 1st coat & then Humbrol enamel 201 met black as 2nd coat / sights are Revell 752 blue. 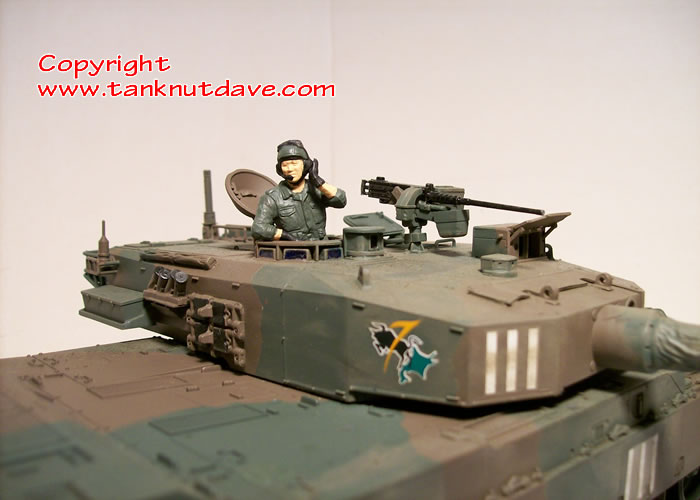 There were a few fiddly little decals for the rear but the those on the turret front look great. I went with the Hokkaido 7th Division 71st Tank Regiment 3rd Company. 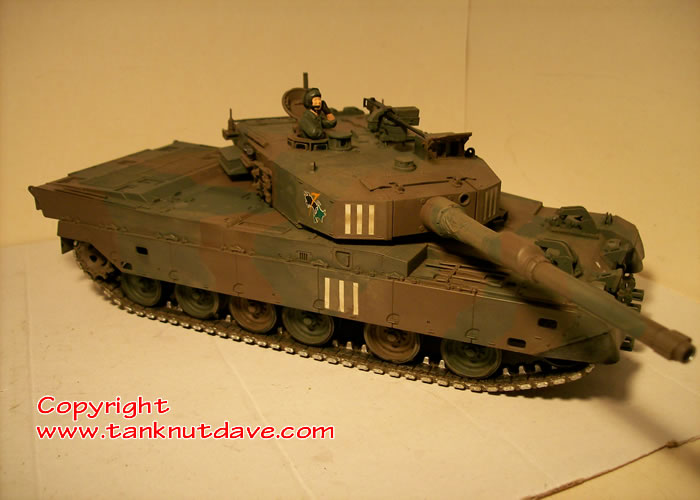 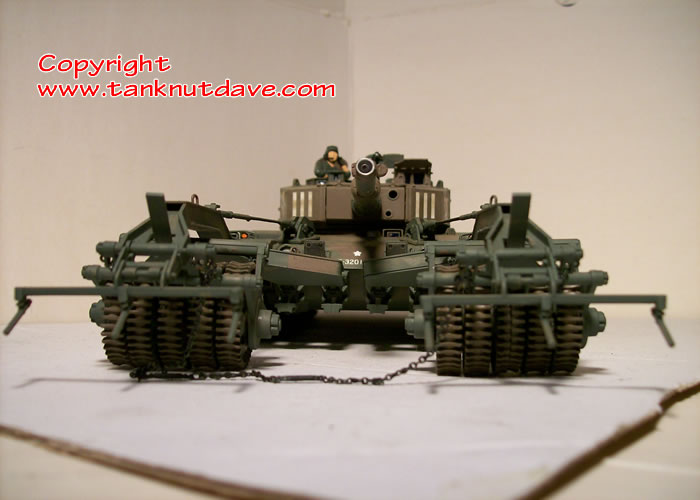 I airbrushed the model (detaching the mine rollers and did those later) with the base green colour and then marked out using Blue-tac the area’s for the brown I had mixed up and airbrushed that on, left that over night to dry, removed it and proceeded with the detail painting by hand. 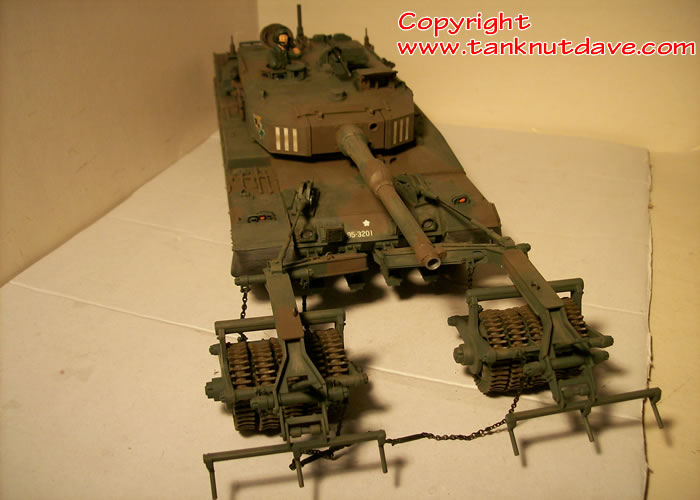