The Israeli MAR-290 MLRS was the first Self-Propelled MLRS developed in Israeli by IMI. The launcher mounted 4x 290mm (calibre) launching tubes, which fired an indigenously developed rocket to a range of 40km. It can fire its full complement of missiles, each of which weigh 600 kg on launch, in about 10 seconds, and can reload in about 10 minutes. 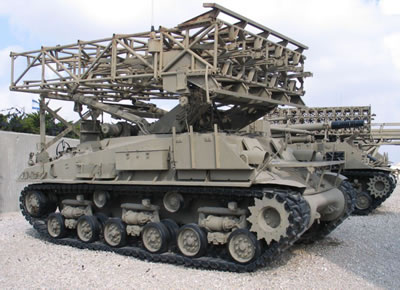 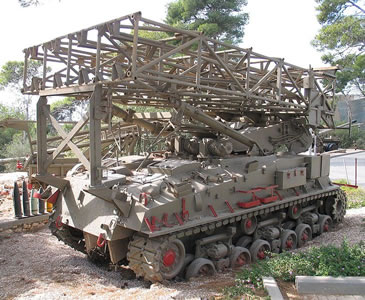 The launcher was mounted on former Super Sherman AKA Sherman M-50 & Sherman M-51 tank hulls (modified). Israeli sources say that this vehicle served in the Peace For Galilee campaign AKA 1982 Lebanon War. Their are examples of the vehicle in Batey ha-Osef Museum, Israel and in Yad la-Shiryon Museum, Israel. 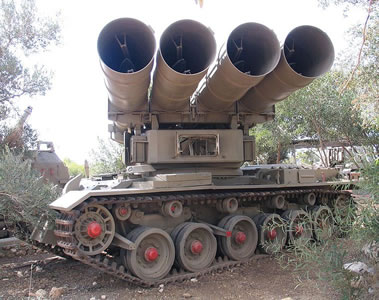 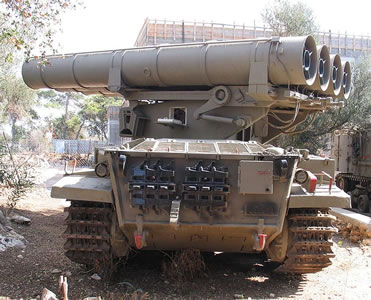 A further version seen some time later, was the launcher mounted on a Sho’t tank hull (Sho’t is an Israeli upgraded Centurion), however its believed that this was only a prototype, which is on display in Batey ha-Osef Museum, Israel.