Saad is essentially a stretched version of the Talha with an additional road wheel either side, which gives the vehicle increased internal volume and payload. It also allows the vehicle to undertake a wider range of battlefield missions. 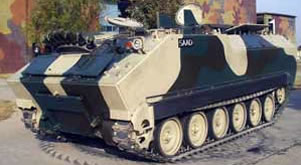 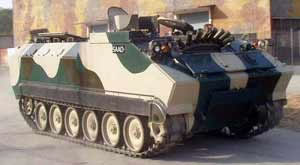 The overall layout is identical to the now BAE Systems, Ground Systems Division (previously United Defense) M113 with the engine compartment at the front-right and the driver seated at the front-left. The driver is seated at the front-left, with a single circular hatch cover above his position that opens to the rear. In front of this are three day periscopes, the central one of which can be replaced from under armour by a passive periscope from under armour protection.

The power pack consists of a Ukrainian 3TD 3-cylinder 2-stroke diesel engine that develops 450 hp, which is coupled to a electro-hydraulic transmission with six forward and two reverse gears. The diesel fuel tanks are located one either side at the rear of the power operated ramp. This saves valuable space inside the troop compartment.