Poland was another country to build the Russian T-72M (and M1) under licence for its own use and the export market. The T-72M had always been an inferior model to the T-72 models used by Russia and with the collapse of WARSAW, Poland decided upon the up-grade of their T-72 to a modern standard rather than purchasing other more modern Russian tanks like the T-80.

The Research and Development Centre of Mechanical Systems bureau AKA OBRUM was tasked with the design for the up-grade design in the early 90’s. Their first project was called Wilk (Polish for wolf), but the project was cancelled. Instead, the priority was shifted to a different project named Twardy (Polish for tough or resilient).

As Bumar-Labedy had been the licensed manufacturer in Poland of the T-72M (and M1) , it was appointed to carry out the modifications of the PT-91 Twardy and in 1993, 20 of the modified vehicle were delivered to the Polish Army for field testing. The vehicle was excepted in to service and deliveries of 233 PT-91 were completed between 1995 to 2002.

The modifications were to improve upon the T-72M1’s low mobility, insufficient armour, lack of fire control system, poor stabilisation of the main cannon and lack of passive night vision aiming systems. 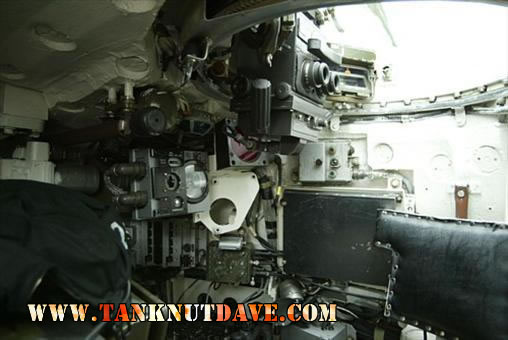 The vehicle has a modern Fire Control System developed in Poland. The ballistic computer relies on the normal weather and cannon sensors as well as laser range finder to calculate the fire solution. The gunner has a modernized TPDK-1 sight for day channel and TES thermal image sight developed by the Israeli company ELOP, giving the vehicle a night fighting capability. The commander has an independent POD-72 combined day/night passive observation and aiming sight, giving the vehicle a hunter killer capability. The driver uses the Radomka passive night sight with a control and diagnostic complex US-DK-1, which controls the tank’s main systems and displays information on a monitor. The main cannon is also fitted with a Stelectro-hydraulic gun stabilization system, providing higher accuracy and fire on the move capability.

The vehicle has a new autoloader and can carry 42 rounds of 125mm ammunition. The fire control system can select up to 6 different types of ammunition to be fired from the 125mm 2A46M (D-81TM) smoothbore cannon, which has an elevation of -6 to +13 degree‘s, which is considerably less than Western tanks. It’s coaxial MG is a 7.62mm PK general purpose machine gun and carries 2000 rounds. There is a 12.7mm NSV AA MG on the commanders cupola (on the right) and carries 300 rounds.

A 850hp, turbo charged 12 cylinder S-12U diesel engine and upgraded transmission gives the vehicle a healthy 60 km/h top road speed. The S-12U is a modernized version of the Soviet V-46-6 engine produced in Warsaw by PZL-Wola, which generates 780hp. The main improvement resulting in the increased hp is the modernized fuel and air injection system. The vehicle can ford to a depth of 1.2m and 5m with preparation. The vehicle uses torsion bar suspension. 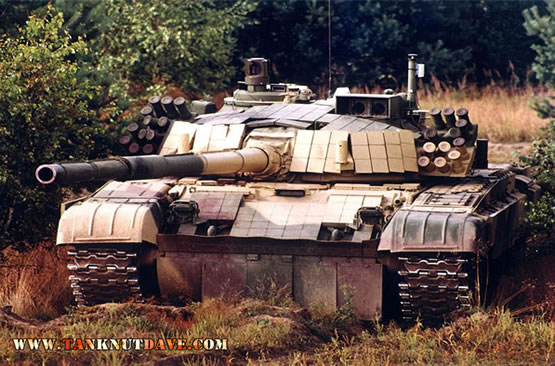 The Poland Military-Technical Institute developed the new Erawa dynamic ERA armour to compliment the light laminate armour. Traditional ERA bricks generally have a gap between the bricks of 10 – 15 mm. Erawa has improved upon this by eliminating these gaps, providing better protection than other ERA armour. The armour covers 9m2 of the vehicle. 108 bricks are placed on the turret, 118 on the hull and 84 on each side’s anti-cumulative screens.

The fire compartment is equipped with a Halon fire suppression system, which is activated automatically by IR detectors.

The vehicle is fitted with a Laser Warning System which detects laser beams used by ATM launchers or missiles guiding systems. The system reacts automatically by firing smoke grenades from two banks each with 6 launchers. The system can be overridden by the commander who can fire these grenades manually in personally selected sequences or manually fire a second set from two banks each with 6 launchers. 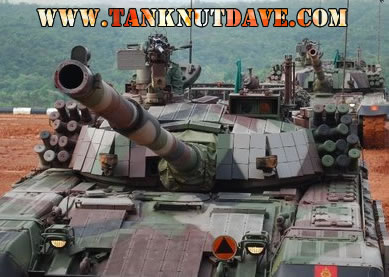 This vehicle is for the Malaysian Army (hence the M) and 48 have been ordered and 15 support vehicles. They have had a number of changes from the PT-91:

Transmission has been replaced with the automatic Renk/SESM ESM-350M and combined with the new engine, it has a top road speed of 70km/h

A new improved 2A46MS main cannon. The breech block has been redesigned to make it more symmetric, decreasing the resistance of the recoil break whilst the projectile is moving in the barrel, removing the recoil break axis below the main cannon axis in the azimuth plain, using two recuperators acting against each other and placing them above the main gun axis. This has increased first hit probability by 23% over the original 2A46M main cannon.

An improved version of the Erawa ERA (possibly increasing the weight as its explosive is larger).

The fire control and sighting equipment has all been replaced by systems from Sagem. 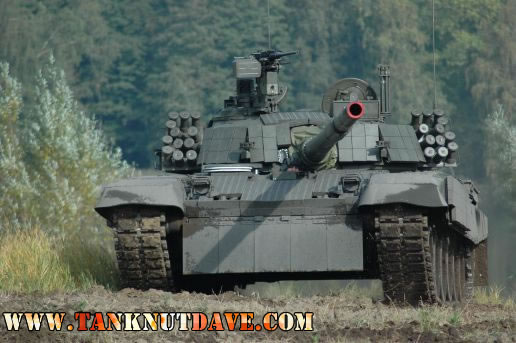 Both vehicles used for field testing and exhibits. Both were used by the Malaysian Army for their field testing. PT-91Z Hardy was a demonstration vehicle equipped with Sagem fire control and sighting equipment. PT-91A Twardy was equipped with the PZL-Wola S-1000 1000hp diesel engine with mechanic transmission. It was the combination of systems from these variants that were used for the PT-91M Pendekar.

The WZT-3 was the Polish built ARV for their T-72M’s and 20 were built. The PT-91’s weight was higher than that of the old T-72M, so it was decided to install the new 850hp diesel engine of the PT-91 in to the WTZ-3, re-designating it WZT-3M (along with some other minor changes). 9 were manufactured from scratch and the original 20 were up-graded to the WZT-3M. India has also purchased 352 WZT-3M to support their T-72 & T-90 fleet.