It has many good points and some bad points. I always find it makes a model that more fun when you get to build the inside of them and you have access to see it, such as my Zelda & Bradley and I’m always left baffled as to why you would build the insides, but you don’t get to see them or you build crew positions but there are no crew men to make. This was also the case with this model as I got to build a gearbox and crew positions but had to cover them up.

There was a lot more detail in making the lower hull with this model than normal. The suspension arms are normally 1 piece, but were 5 with this model. Some of the completed road wheels went on perfectly, but there were some that the hole was too tight so I had to make them bigger with a drill. 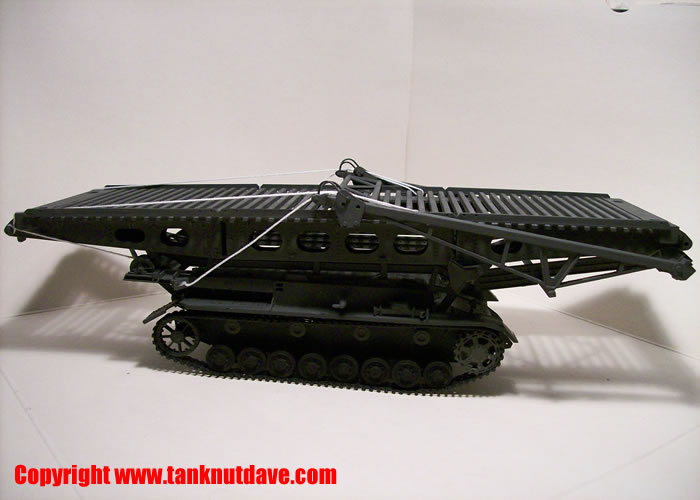 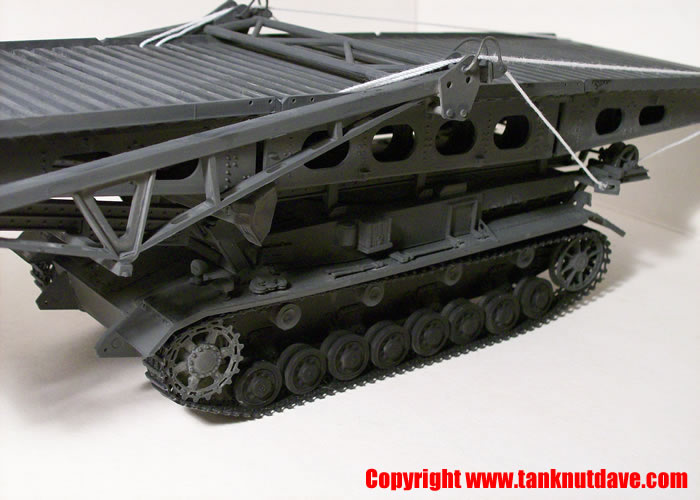 The only other bad point was some type of rail or storage rack on the right hand side of the hull. I didn’t have any trouble making the metal rack arms, by folding them into shape by following the lines on them. However hard I tried the glue would not hold the metal to the plastic hull and in the end I just left them off. 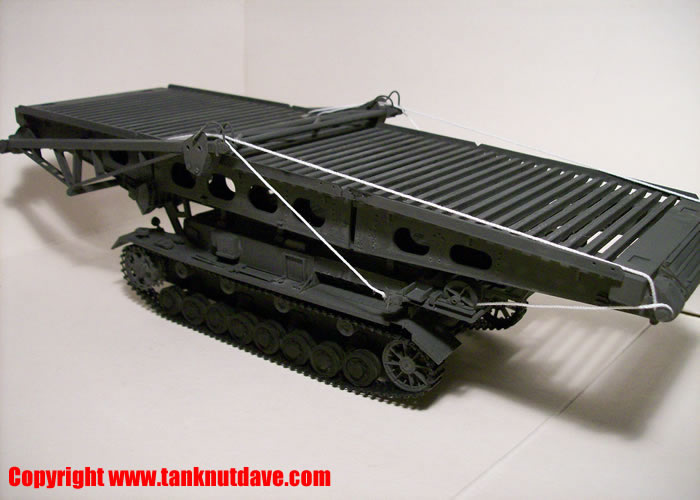 Building the actual bridge and its cradle was great fun as well as tying the ropes in. 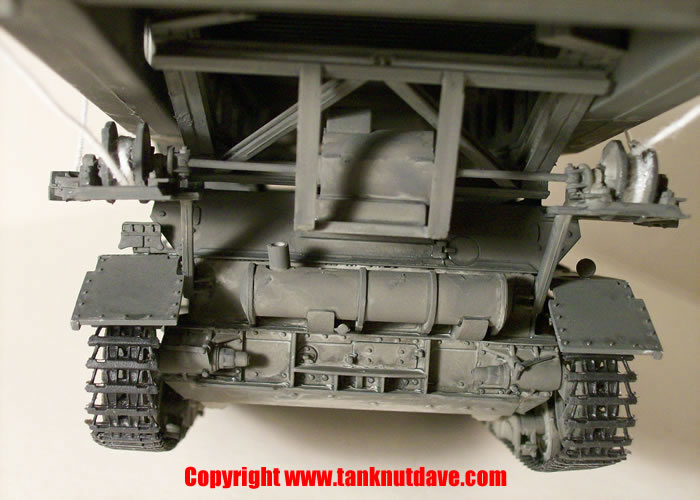 The instructions were fairly helpful, except towards the end at the last couple of pages, where it wasn’t fully clear where the ropes were to go nor which points the bridge was to be secured to the cradle and ramp. 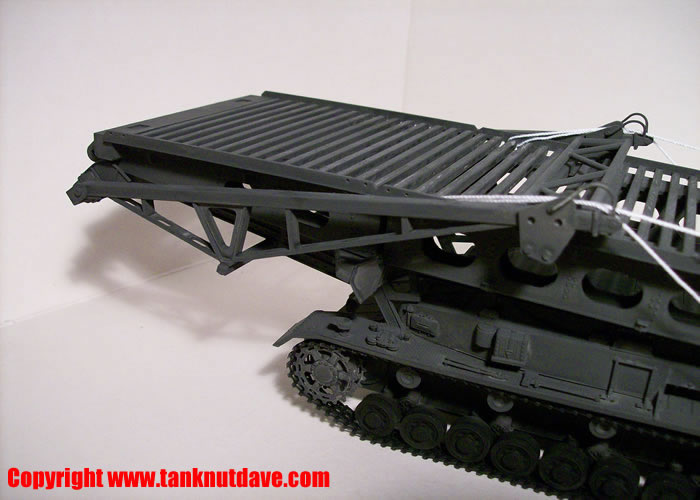 On the whole I love the model and its great to finally have a combat support vehicle and will be looking out for more to build in the future. 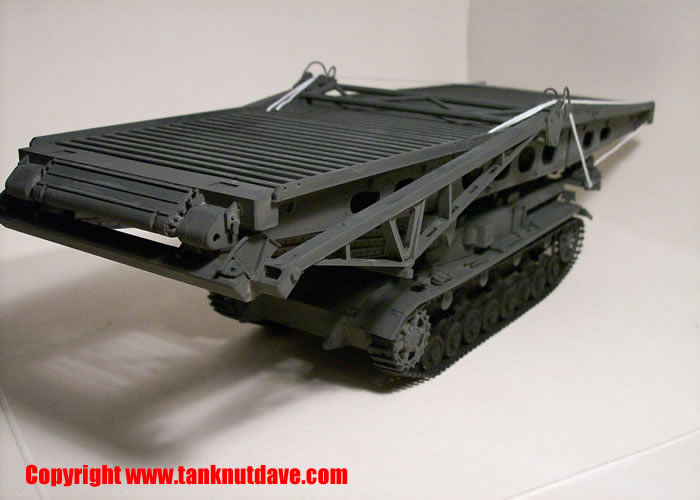