Review of the Trumpeter LAV-AT model

This Trumpeter kit was fairly cheap and simple in its construction. It’s part of a series of USMC LAV models which looks good.

The biggest complaint about the instructions was the jerry fuel cans, as they were facing different directions in the diagrams.

The only other complaint was the fact the decals were so small and on one sheet. 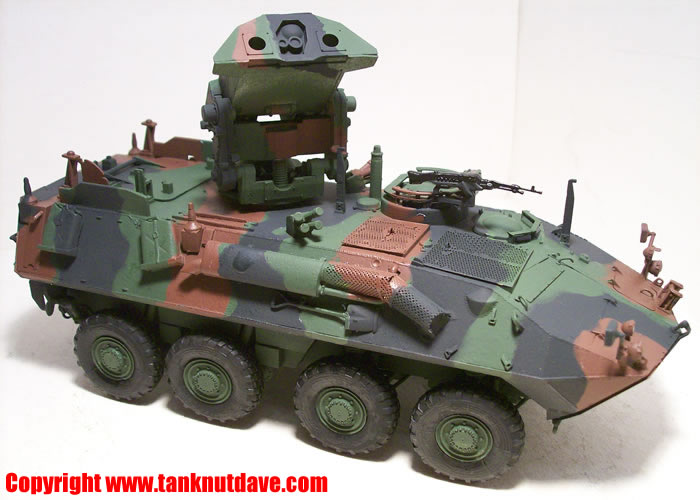 The diagram for the paint scheme was good but you couldn’t see which decal went where and I think it would have been better that the decals were spread over several sheets instead of one. 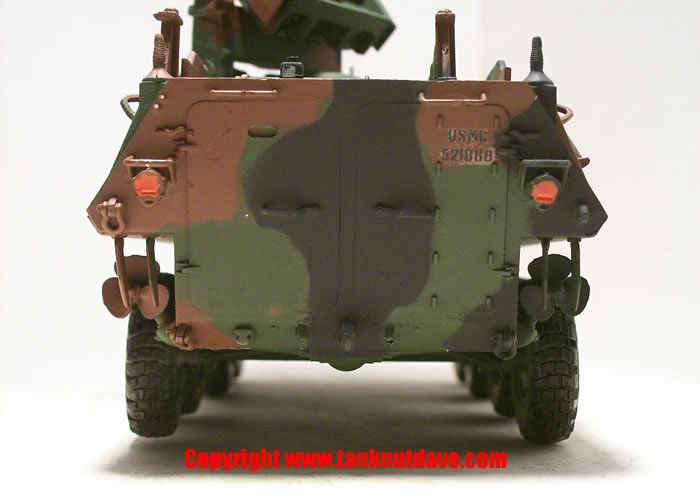 I air brushed this model a NATO paint scheme. 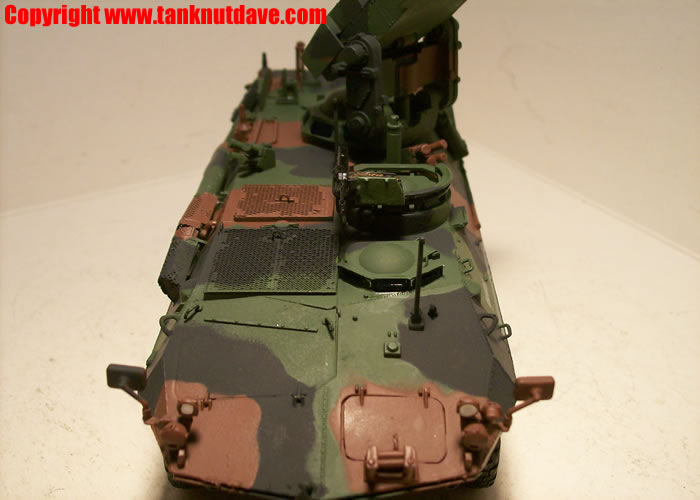 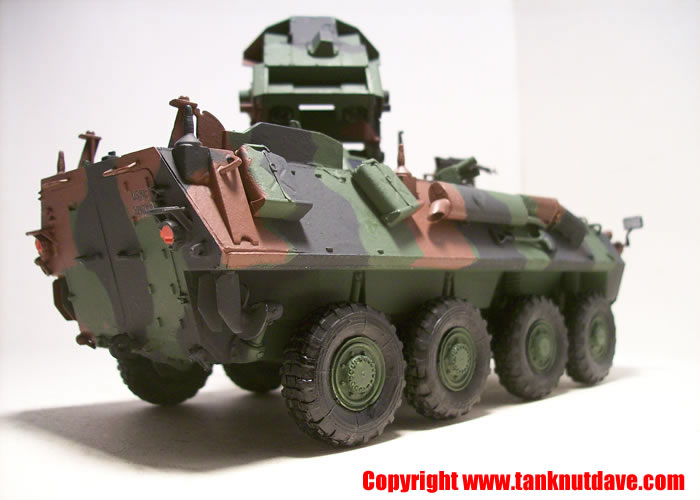 I used Humbrol Enamel white satin (130) for the lights. I used Revell matt black (8) for the tyres. Finally I used Revell 31 & 30 for the brake and signal lights. 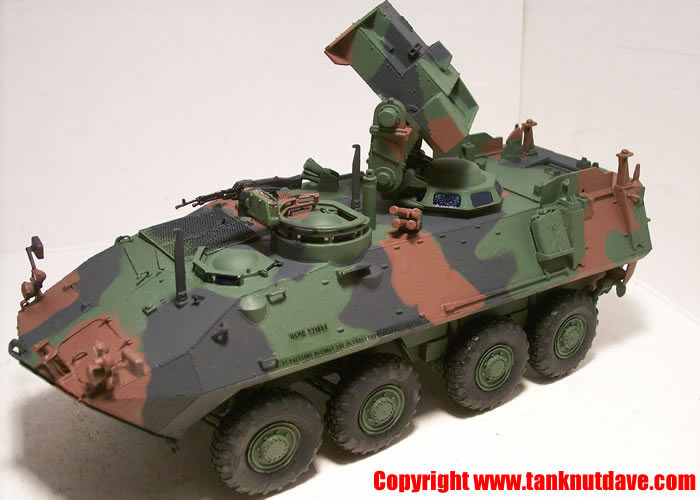 When I painted my LAV-25 model, I did it by hand as it was too small for tape. Faced with this problem again, I decided to use blue-tac to mark out the camo scheme before airbrushing and its come out really well. 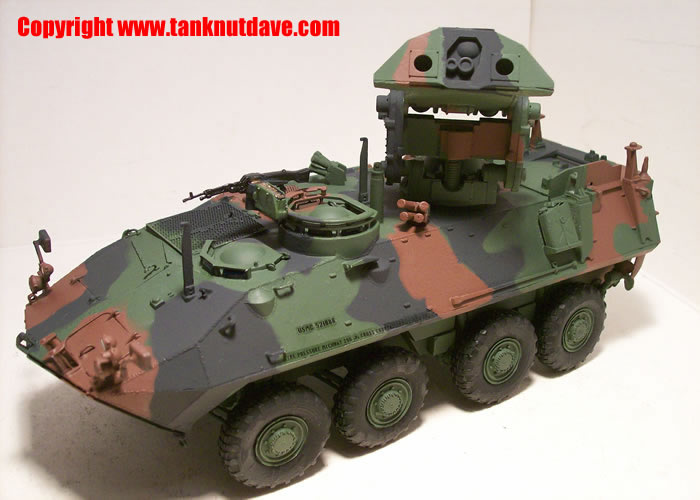