This Trumpeter model kit was cheap at just £15. It’s construction was simple I didn’t have any problems building it, apart from where the kit frame spurs were too thick so damaged the odd part when removing them.

Sadly it doesn’t have any working parts. I felt slightly frustrated with this kit, in that all my other Trumpeter model kits, I’ve had to build inner compartments that nobody is going to see, but yet they didn’t do this with this model, which I think is a terrible shame as it has a big back door and would have looked as good as my Zelda and Bradley.

I also think its a terrible shame that it didn’t come with the cage armour. 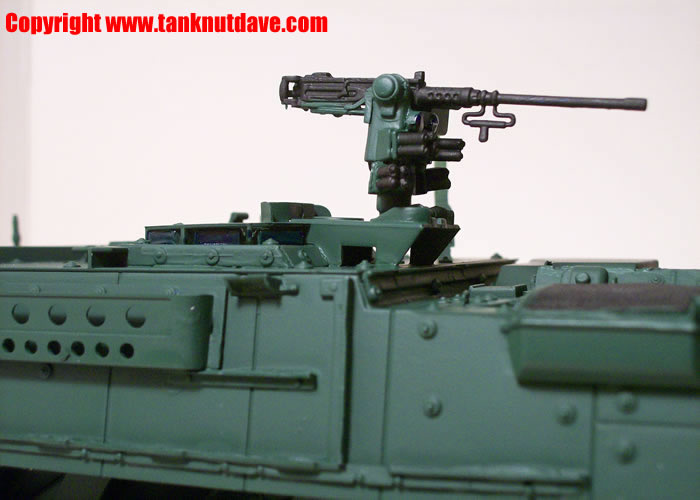 It did how ever come with backpacks for the infantry to attach to the hull, but there was nothing in the instructions as to where to put them, so I left them off. 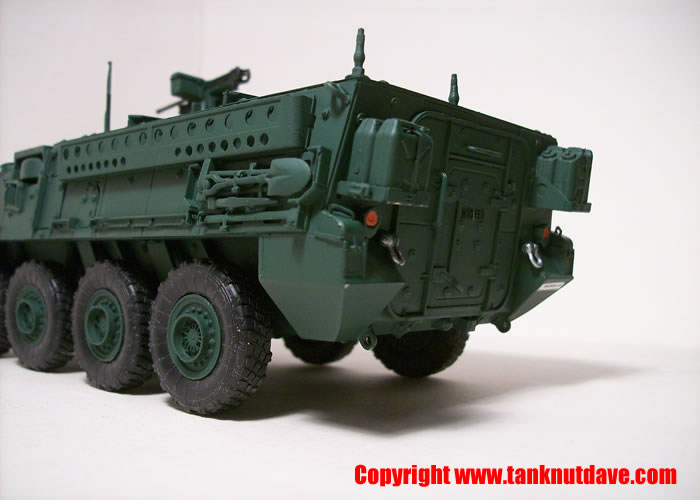 Again I had trouble trying to find the paint manufacturer and the right codes, so I had some left over Tamiya Acrylic Flat Green (XF-5) so airbrushed it on. 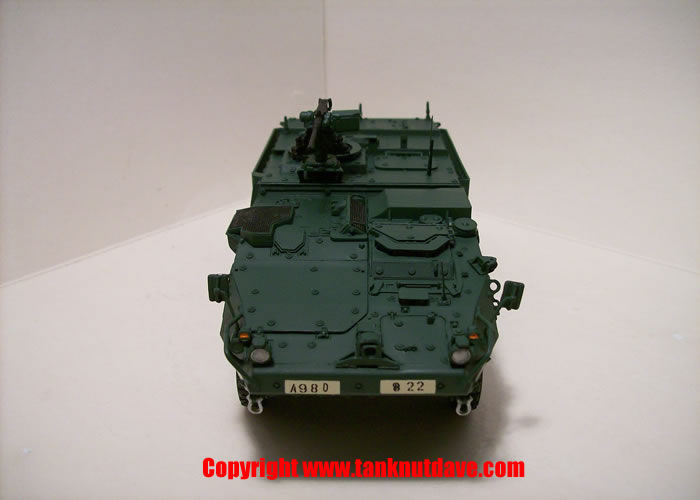 I did actually go to the trouble of buying some orange (Revell Enamel code-30) and red (Revell Enamel code-31) for the indicators and brake lights. I also used Humbrol Enamel Metal (code – 11) for the hooks at either end. I also tried a new see through blue for the periscopes on the cupola’s (Revell Enamel code-752), which was interesting to use. I had to keep washing the brush otherwise the paint would stick to the brush and the plastic as I pulled the brush away and I was left long thin streaks like you get with the caramel in chocolate bar when you break it in half. 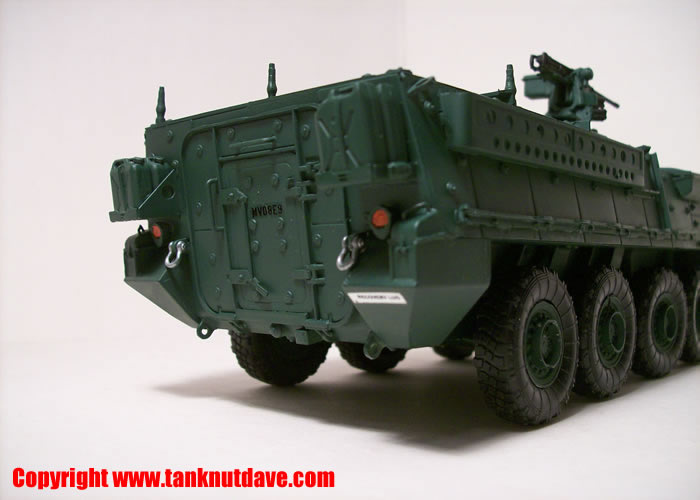 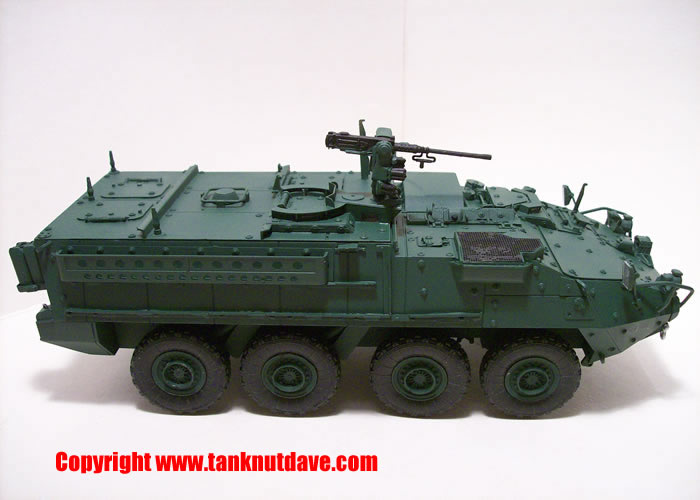 The decal was also an extreme pain. Rather than the vehicle reg being one decal, each number and letter had to be added one at a time on top of another large white one and was bit of a disaster. 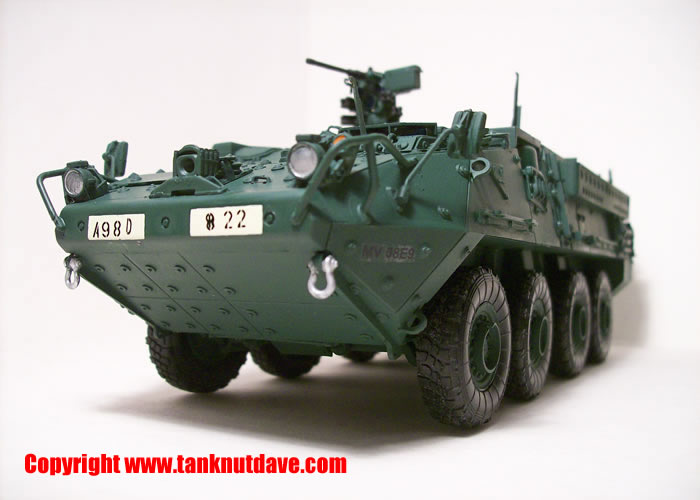