This is my first Trumpeter model kit. I was fairly disappointed that there was no information on the Type-69 in the instructions, which were clear in the construction of the model, but fitted to many parts to be built in each illustrated step.

I do love the amount of box’s/storage racks and impressive mounted MG on the turret. But their construction on to the turret was extremely frustrating. In order to secure them to the turret, they had to be glued into over 20 holes, which I had to punch through the turret. 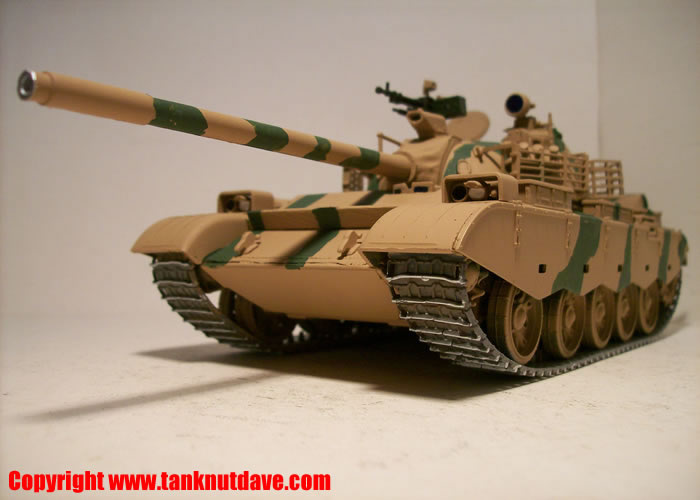 The frustrating part was that on the inside of the turret, there was a lot more than 20 marks indicating where to punch holes, which I guess is because they use the same turret for their T-55 models and their variations, but their markings don’t show which holes are for which model. 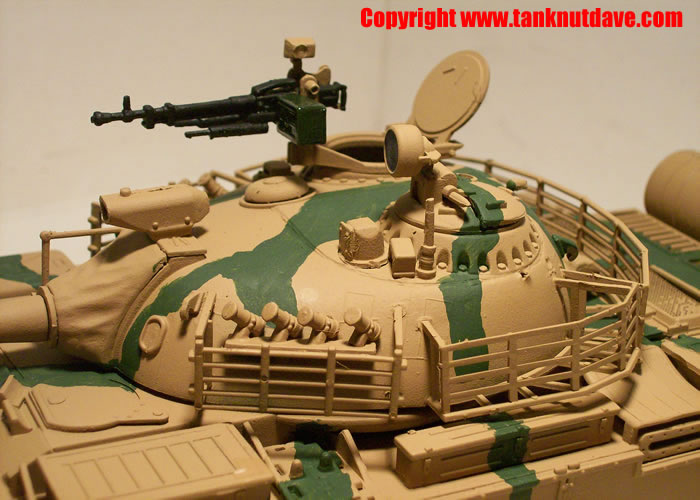 So it was largely guess work that I got the right holes, which I did on the whole get right, except for two holes which I’ve tried to cover up by inserting aerial’s. The other annoying thing was these marks were not counter sunk like most other manufactures models are. 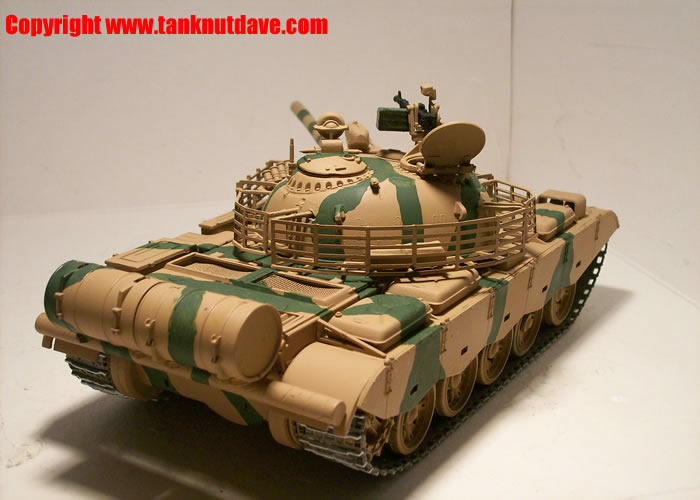 There were a few other smaller problems, like I couldn’t put the laser designation sight on the gun were it showed in the instructions, because there was no flat service to secure it. 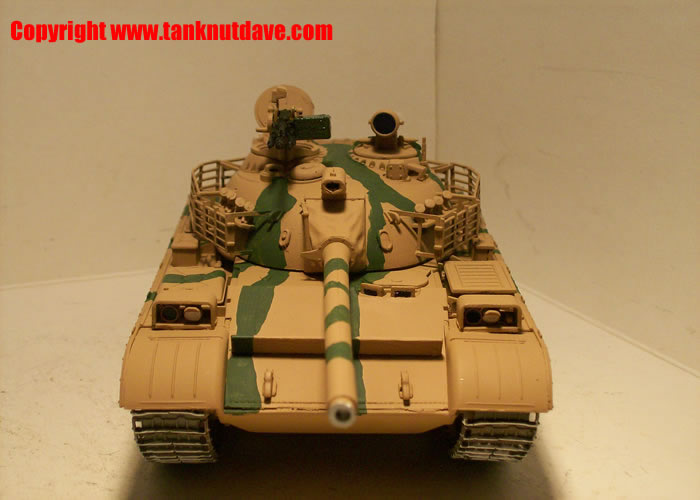 I air-brushed this model in October 2008. I airbrushed the hull & turret with Tamiya XF-59 desert yellow and then painted on the green camo using Tamiya XF-5 flat green. 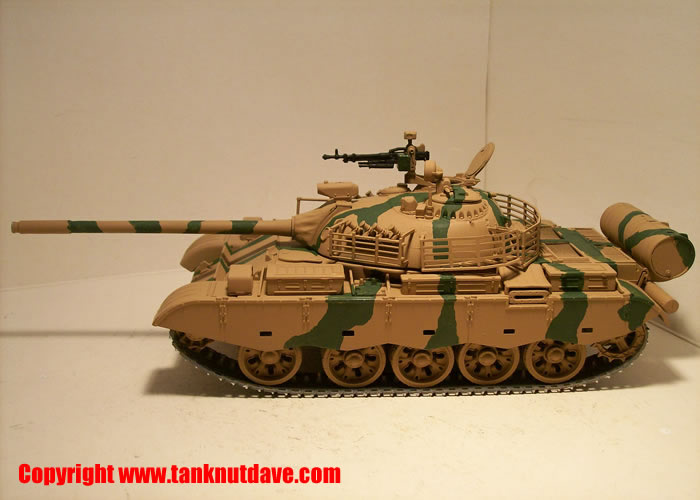 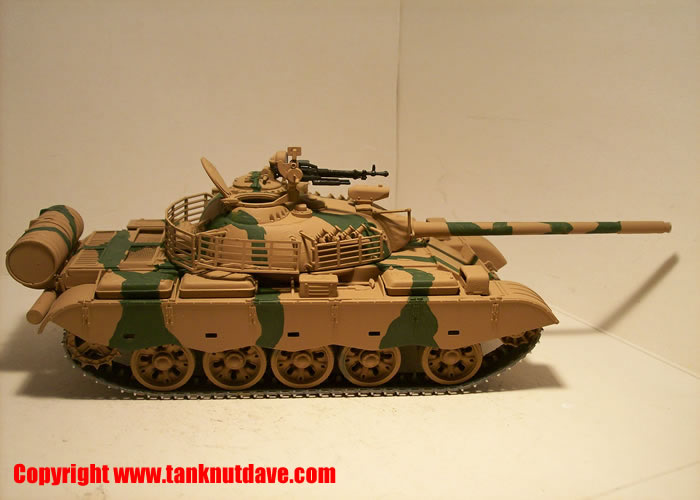 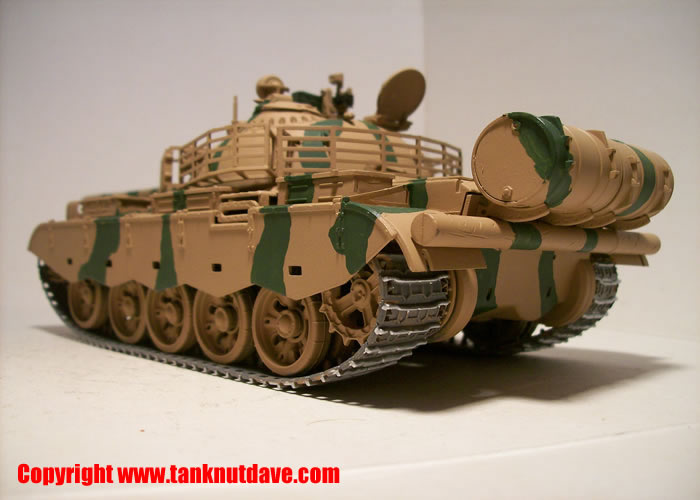