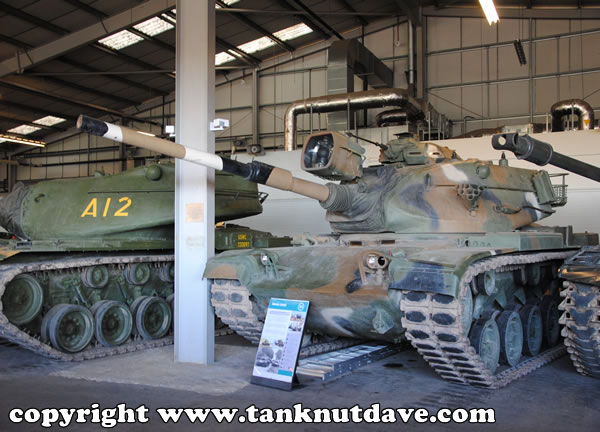 The US M60 Patton Tank Background

Named after the late US Army General George S. Patton (born November 11, 1885 – December 21, 1945) the Patton series of tank’s included the M60, which was produced as a result of the new Russian T-54/55. The M60 tank series was a widely successful MBT, not only seeing action with the American Armed Services, but was exported and used by over 20 other countries. The M60 was designed and developed by the former Chrysler Defence Division, which was taken over in 1982 by General Dynamics Land Systems, Detroit, Michigan, USA, who produced over 15000 M60’s (all models) for the US-Army and export.

The US M60 Patton Tank 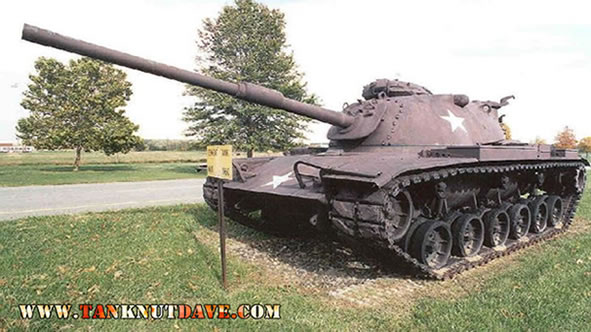 The original M60 model was for all intents and purposes an up-gunned & re-engined M48, as they still used the same turret. In 1948 three M48A2’s (re-designated XM60) were fitted with new air cooled Continental AVDS-1790 diesel engines providing a top road speed of 50km/h and range of 350miles. It was fitted with what was new at the time, the M68 105mm main cannon, which was a licensed built British L7, as used on the successful British Centurion. These three XM60’s passed the US Armies field tests and entered production in March 1959 as the M60. Though there isn’t a great number of physical features to tell the difference between the M60 & M48, the M60’s had a new all cast steel hull. It’s front was flat rather than angled like a boat as on the M48’s hull and could store 357 gallons of fuel. The M60 entered service in 1960 with the US Army. This initial model was sent to replace the M47/48 in front line service in West Germany, whilst the M48 went on to serve in the Vietnam War. 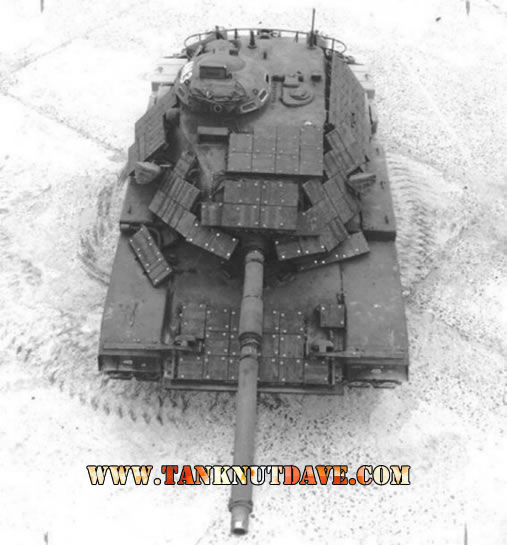 The A1 model entered production in 1962 and included a number of serious up-grades. It had a new re-shaped turret offering a better laid out crew compartment, better protection and a more angled shape, with either sides getting narrower towards the main cannon. It include two sets of smoke grenade dischargers (one either side of the turret the control cable ran up the side of the turret, protected by small strips of thin armour plate) and a large spot light placed over the main gun. The M68 was fitted with a stabilization system in 1972 (AKA M60-A1 AOS “Add-On Stabilization”), which was not effective enough to provide firing whilst on the move, but did allow the coaxial MG to be fired whilst on the move.

Another up-grade was the Reliability Improved Selected Equipment (AKA RISE) engine, which was a refined version of the existing Continental AVDS-1790. It was designed to allow better maintenance access & swap out, as well as new T142 longer life tracks with replaceable pads. It was later fitted with a new Passive IR night vision system for the driver, gunner and commander’s sights. These vehicles went on to be called the M60-A1RISE (Passive) within the US. Production of the A1 ended in 1980.

The US M60A2 Patton Tank 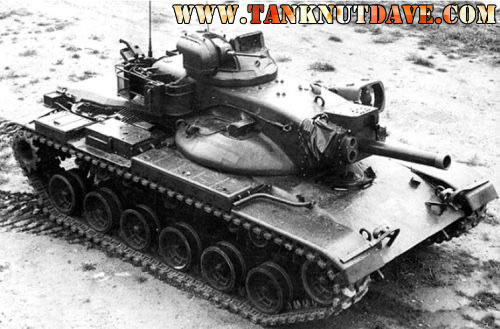 The M60 A1E1 had been a test vehicle for fielding the new 152 mm M162 gun-missile launcher, similar to the one used on the M551 Sheridan, which both could fire the MGM-51 Shillelagh anti-tank missile and the M60A2 was the production model of that test vehicle. The MGM-51 was a MCLOS operated system controlled by the gunner, weighing 60 pounds, it was 45 inches long and about six inches in diameter. The A2 was very short lived, with only 500 built. It was a tank destroyer fielding one of the first laser range finders in service with the US Army.

It’s new low profile futuristic looking turret that earn’t it the nick name Starship, housed the troublesome 152mm main gun that was plagued with the same problems as the cannon on the M551 Sheridan, in that burning residue from each shot was left in the breech which could igniting the next round causing a miss fire. Like the M551, the A2 was modified with the same ‘Closed Breech Scavenging System’, which produced a burst of high pressured air in to the breech to clear the residue. It was able to carry 13 missiles.

It had entered production in 1973, with production ending in 1975. By 1981, the A2 had been completely withdrawn from service. The turrets were removed and scrapped whilst the hull’s were either converted into specialist vehicles like AVLB’s or Combat Engineer’s Vehicle’s such as the M728 or converted to the newer A3. 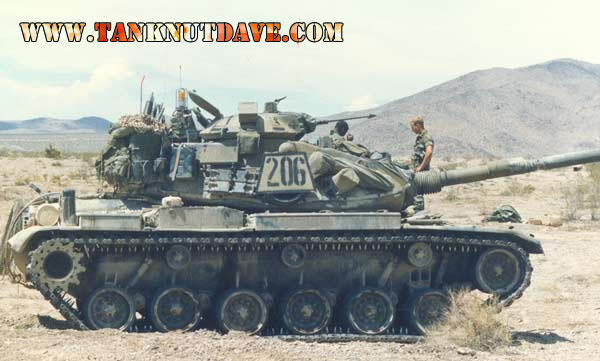 The A3 was the most popular model and remains the standard of many exported in foreign service. It focused more on the technological break through of fire control and sighting systems as well as the ability to fire the main cannon whilst on the move, so was simply a modified A1. Firing on the move was achieved with a new a turret stabilization system, as well as a thermal shroud to help prevent gun droop, laser range finder and a hybrid solid-state ballistic computer integrated with an external crosswind sensor.

This model entered production in 1978, but shortly afterwards the AN/VSG-2 thermal sight was introduced and the tank was re-designated M60A3 TTS (Tank Thermal Sight) but were still commonly called the M60A3. It continued to use the RISE engine and T142 longer life tracks with octagonal rubber pads. A new Halon fire extinguisher was also fitted in the turret as were external M239 smoke dischargers. About 1600 of the US Armies M60A3’s were manufactured from scratch, whilst the rest of the 5400 of the US Armies fleet were converted M60’s/A1’s & A2’s.

The US M60 Patton Tank Firepower

The vehicle fielded the M68 105mm main cannon. It was fitted with a fume extractor and thermal sleeve. It was able to carry 63 rounds of different types including HE and White Phosphorus smoke rounds. It was also equipped with a 7.62mm M73 (or later M219) coaxial machine gun and 12.7mm M85 gun enclosed in the commander’s M19 turret. 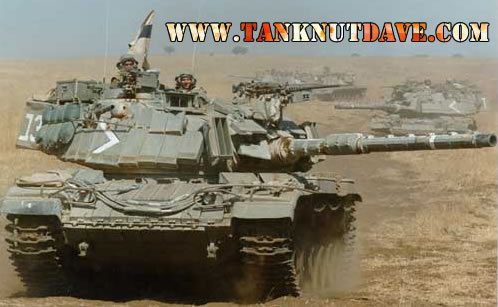 The M60 series saw its most extensive fighting with the IDF in the Yom Kippur War of 1973 and the 1982 Lebanon War. The IDF & its contractors had carried out extensive modifications/upgrades to their fleet of M60 series, renaming them the Magach. This put them in a good position to offer up-grade packages to other countries using the M60 series. Click here for Magach series page 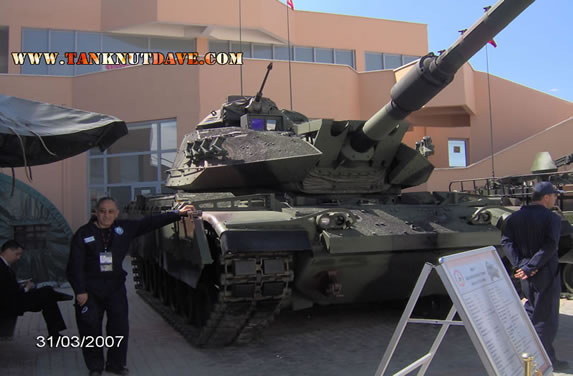 In 1973 Egypt and its Allies launched a war on all the fronts of Israel, using Russian military equipment such as tanks, Anti-Tank Missiles and SAM systems, which became known as the Yom Kipper War (Yom Kipper is a national Israeli public religious/holiday).

The US sent to Israel a steady stream of Patton series tanks such as the M48 and M60A1’s. After the War was won by Israel (you could also call the war a proxy war between the former USSR and USA) Israel set about like it had done with the Centurion and Sherman’s, upgrading these Patton Tanks to their own spec’s and were designated the Magach series, which served for many years and battles with the IDF.

From these upgrades, Israel Military Industries has been able to offer an upgrade package for other nations operating the Patton M60A1/A3. The upgrade package is designated the Sabra MBT. 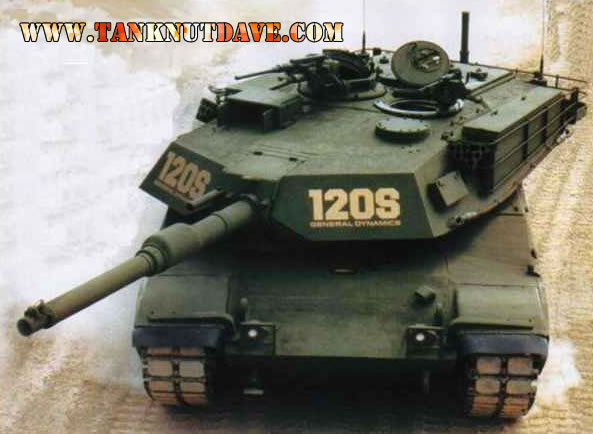 In short it’s the replacement of the M60A3 turret with the one used on the M1A1 Abrams MBT on an up-graded M60 hull. This means the operating country is equipped with a 120mm main cannon and a well armoured (composite) turret with a 240X4 Forward Looking Infrared Radar (AKA – FLIR) and is said to be half the price of purchasing an M1A1.

The hull is up-graded with a torsion bar suspension system as used on the M1A1, giving the tank greatly improved cross-country mobility and a stable base for fire on- the-move accuracy similar to the M1A1 tank. The hull can also be fitted with a number of different power packs, however GDLS, the developers of the up-grade package recommend that a AVDS-1790, which can generate 1200hp is used. The up-graded vehicle was developed to show the Turkish Army prior to the acceptance of the Sabre Mk.3 during the biding process at the opening ceremonies at IDEF 2001 in Ankara, Turkey.

It was previously reported by GDLS that Egypt had ordered the upgraded for the Egyptian Army. They would be in kit form and completed by Egypt in the same facilities used to manufacture the Abrams between 2009 to 2012. It was expected that roughly 1000 of the current 1700 M60A3 fleet wouldl be up-graded and fitted with a German engine in the 1500hp range. However no further press releases were published over the years and the original press release from GDLS is not in their press room. 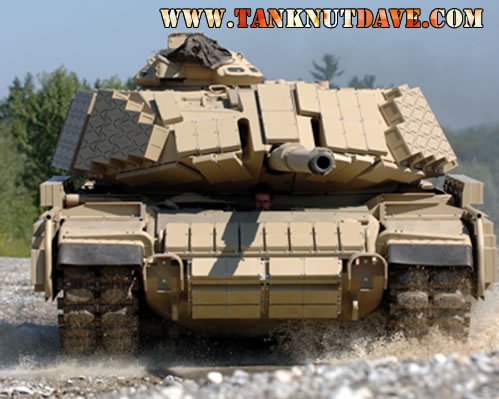 The MBT’s are also being fitted with Ruag Land Systems L50 (length calibre) 120mm smoothbore Compact Tank Gun. It’s been heavily fitted with ERA (and possibly passive armour modules) increasing the weight to between 62/63 tons, without significant loss of mobility. The Phoenix engine is a General Dynamics diesel, developing 950hp. It has improved acceleration and cross-country performance compared to the M60A3. Raytheon is upgrading 180 of Jordan’s M60A3’s to the M60 Phoenix.

Late in 1986, an Austrian joint venture of Steyr-Daimler-Puch and NORICUM, was awarded a contract by the Austrian Army to upgrade 118 M60A1 MBTs to the M60A3 (Passive) configuration, to include a new fire-control system incorporating a laser range-finder system produced by the now Raytheon Systems Company and a Honeywell stabilisation system.

In addition to upgrading the M60A1 to the M60A3 (Passive), the ARGE performed the complete overhaul of these vehicles. The ARGE purchased the conversion kits and spares for the overhaul from the FMS Corporation (now Marvin Land Systems) of Los Angeles, California, at a total cost of US$36 million.

With all of these modifications the upgraded M60A1 is equivalent to the US M60A3. The first M60A3’s were handed over to the Austrian Army in mid-1988 and the last ones in November 1989. The Austrian Army already has 50 new M60A3’s.

The US M60 Patton Tank In The Gulf War 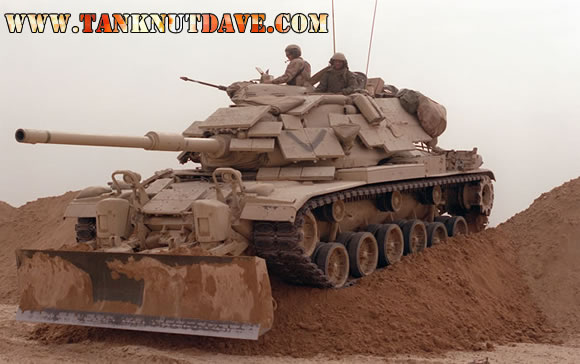 The M60 series has not only seen extensive action with the IDF, but during the Gulf War the 1st Marine Expeditionary Force fielded 210 M60A1RISE Passive’s equipped with ERA. They suffered the loss of only one vehicle and no crew. The Saudi Arabian Army also used the M60A3 in the conflict.

The US M60 Patton Tank Operators

On the 17th of May 1995, a former tank crew man called Shawn Nelson stole an M60A3 TTS from a Army National Guard depot and went on a mass rampage crushing vehicles and property in San Diego California. The incident was beamed around the world as people watched his actions come to an end when he got the tank stuck on a large concrete central reservation. Police officers were finally able to climb on the tanks roof as he tried to get the vehicle of the reservation and with his failure to surrender and the fear of possible injury to the public, police opened fire and killed him in the drivers position.